Car Reviews and Tips » Good to Drive… Not the most Stylish 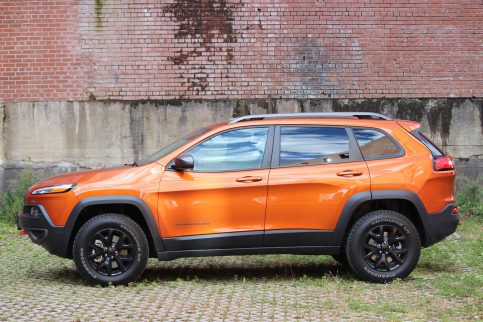 For the most part, head-turning styling is reserved for rare and prestigious sports cars, whose buyers expect their vehicles to draw a lot of attention.

It’s less common to find polarizing styling on models that aim for mass appeal, but that doesn’t mean it never happens. The last 20 years have seen a number of car companies’ design departments get adventurous with more affordable models. Sometimes, taking a chance with a car’s appearance works. When it doesn’t work, however, it can kill the public’s interest in a vehicle.

Here’s a look at a handful of controversially styled vehicles and the reasons why some succeeded where others did not.

The tiny Nissan Juke crossover is one of the best examples of a risky design paying off. With its 2011 introduction, Nissan beat many competitors to the subcompact crossover segment. So unique was the Juke that it drew more comparisons with sporty cars like the Mini Cooper than with the other small utilities that followed it.

The Juke’s success came despite styling that made it look like a toad. What won over many shoppers was that the car oozed personality. Its turbo engine is strong and an optional AWD system has a torque-vectoring function that makes for entertaining handling. NISMO versions tweaked by Nissan’s motorsports division are even more fun to drive.

Many buyers shopping for exotic supercars expect wild styling, but it’s different for high-end grand tourers. Coupes that approach a six-figure price point appeal to drivers who don’t need to be showy, but still want people to know they can afford a nice car.

So BMW raised a lot of eyebrows in 2004 with the revival of its 6 Series model. The previous version of this coupe, discontinued around 1990, wore angular, understated styling typical of the brand at the time. The new design had a weird mix of curves and sharp edges, a dopey-looking front-end and a bustle-like trunk lid.

If you can get beyond the car’s looks, you’ll find a lot to like. The 6 Series handles like a German GT car should. It also predates the auto industry’s alienation from the manual transmission, notable given the car’s all-V8 engine lineup. The 500-hp M6 variant is not only wicked fast, but boasts subtle styling tweaks that make it more handsome.

By the middle of this decade, the crossover crush was well underway, prompting Jeep to bring back its well-known Cherokee name on a brand-new compact utility model.

Viewed from the rear and in profile, the modern Cherokee looks perfectly normal. It’s the front end — a vehicle’s all-important “face” — that strays from the norm. If its singular look turned off some shoppers, it probably won over others with its healthy dose of attitude.

The Jeep Cherokee is available with a strong V6 engine, and a Trailhawk package brings legitimate off-road ability uncommon to this class. In 2019, Jeep redesigned the Cherokee with more traditional styling.

Mercedes introduced the R-Class in 2006 to test the market’s acceptance of an upscale, mid-size crossover with three rows of seats. The problem was the R-Class’s jelly-bean styling, which critics likened to that of a minivan.

Benz more or less admitted the original R-Class’s appearance was a mistake in 2011. In introducing a second-generation R-Class, Mercedes said the updated car showed a “new self-confidence” and was “more attractive.” Ultimately, the company would abandon the R-Class in favour of more conventional SUV designs.

As is the Mercedes way, the R-Class comes with a variety of engine options. Those include a torquey, efficient diesel, a 302-hp V8 and an AMG model boasting 503 hp. Show us a minivan that can keep up with that. Even the basic V6 model is a smooth driver well suited to long trips.

Speaking of minivans, our final example of risky design choices is Nissan’s Quest, an oddball machine since its second generation’s arrival in 2004. Nissan, a second-tier Japanese brand, could afford to take its chances on minivan styling in the mid-2000s, when they were still popular.

Interestingly, the third-gen 2011 Quest wasn’t even as weird-looking as its predecessor. However, it was strange enough to flop in a family-vehicle market where mid-size SUVs were beginning to take over.

That’s a shame, because Nissan’s last minivan model does a lot of things right. It has a powerful engine, a smooth continuously variable transmission and a great ride. The pricier trims also have a nice interior whose design takes cues from Nissan’s upscale Infiniti division.