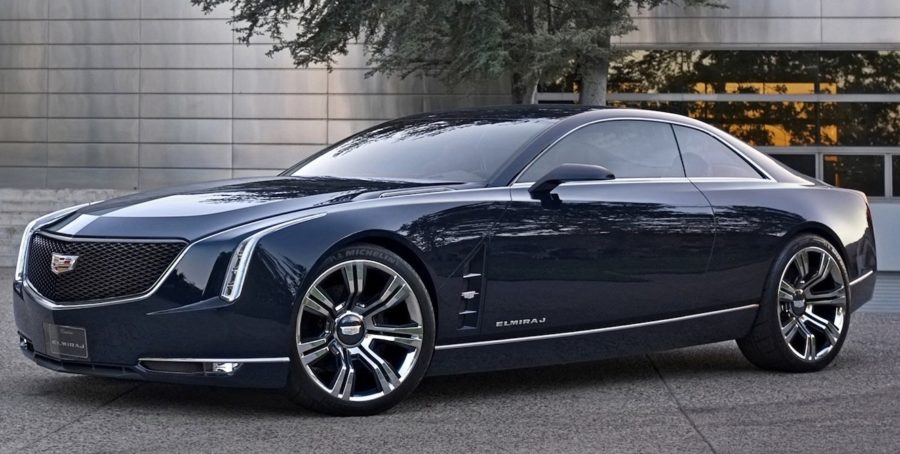 The term “luxury car” most often calls to mind images of long, sleek sedans with limousine-like rear seats in which lucky passengers can relax and recline. In the last decade, however, upscale automakers have been paying more attention to the coupe segment and turning out stylish vehicles. Best enjoyed from the driver’s seat!

With that trend in mind, we’ve put together a collection of what we consider the best used luxury coupes. This includes both cars that prioritize class and refinement and ones with industry-leading performance. As always, our focus is on reliability, based on our own research and expert analysis by Consumer Reports. We’ve also taken appearance into consideration. Sleek lines are a major decider in the coupe segment.

If two doors are all you need, read on to see what we recommend.

Introduced in 2008 as a two-door variant of the A4 sedan. This coupe turned a lot of heads with an appearance that belied its relatively attainable price point. Audi’s evolutionary approach to vehicle design means that 10 years later, the A5 (and its S5 and RS5 higher-performance variants) is still the sharp looker it was at its debut.

The A5 came standard with a 2.0L turbocharged four-cylinder that feels more powerful than its relatively modest horsepower ratings suggest. Early cars had, a V6 option in the A5, and the S5 used a big V8. In later models, the S5 moved to a supercharged V6 and the V8 jumped up to a high-performance RS5 variant with 450 hp. These later, more sophisticated engines are both better performers and more efficient.

The A5’s common trouble spots are relatively easy to diagnose and repair. The fuel pump is a known weak point; the A5 uses direct fuel injection for improved performance and economy. This technology allows the buildup of performance-robbing carbon on the engine’s valve train, which needs to be cleaned periodically.

When looking at an A5, check the oil level: their engines are known for oil consumption, especially in early model years, and current owners differ on what constitutes a normal amount of oil for the engine to use between oil changes.

The RC is Lexus’s first proper coupe in the compact class and follows up on the IS-C. The IS-C was a short-lived convertible version of the IS compact sedan with a folding hard roof. The RC is based on a newer generation of the IS, but with a fixed roof.

Slotting between entry-level RC 300 and racetrack-ready RC F variants, the RC 350 and its roughly 300-hp engine sits in the sweet spot for its combination of performance and refinement.

The only trouble spots to watch for in the RC have to do with its touchscreen-based infotainment system — one of Toyota’s few weak points. Some RC owners have also complained of automatic climate controls.  Claiming they don’t hold the temperature you set them at, or randomly blow hot air when you’ve asked for cold.

The RC’s mechanical systems are largely trouble-free.  We still recommend getting the car checked by a trusted mechanic before you buy.

American brand Cadillac’s high-performance, two-door CTS-V shares its architecture with lesser versions of the second-generation CTS (sold from 2009 through 2015). This version ditches ho-hum V6 engines in favour of a supercharged 6.2L V8 that makes a massive 556 hp.

Key among things to watch for is that supercharger. Cadillac extended warranty coverage on that power-adding component after cars began coming back to dealerships with failed ones. It’s a situation that renders the car undriveable. You’d do well to find a CTS-V that still has some warranty coverage remaining.

The CTS-V also comes with an adjustable suspension that lends the car sharp handling. The concern is high-tech shock absorbers require replacement sooner than many owners expect.

The last common trouble spot we recommend checking for is blocked sunroof drain tubes. They’re designed to direct rainwater away and prevent leaks. Blockages can cause water to pool in the front footwells, where it can soak the carpet and cause mold issues.

Get the car checked for signs of abuse or frequent hard driving. Avoid any car advertised as having been fitted with aftermarket performance equipment. This is among the best used sports coupe cars you’ll find, so it doesn’t need any help going fast.

In 2010, Mercedes-Benz added a two-door body style to its mid-size E-Class range of cars, and while it carried a lower starting price than the sedan, we’d argue it actually looks more expensive.

In typical Benz style, the E-Class coupe came in a relatively sedate V6 version (called the E 350) but could be optioned with a V8 in the E 550. This in our opinion, is one of the best used luxury coupe cars on the market if you want one with a true upscale pedigree.

Research reveals few common issues with the E-Class’s mechanical systems. Instead, this car’s common trouble spots are navigation and Bluetooth hands-free phone systems. They generate criticism for not working or being difficult to live with, and voice commands that are often misunderstood or apparently ignored. More mundane features connected to the car’s electrical system can be tricky, too.

Those are all complaints that Mercedes likely would have addressed through software updates. So be sure to test all of the car’s electronic and electrically operated features to make sure they work. While the E-Class’s mechanics were very solidly built, it’s best to have the car checked by a technician before you buy.

Let’s venture into two-seater territory with the Jaguar F-Type. Introduced in 2014, we think this is the best-looking Jaguar sports car since the E-Type of the 1960s.

You’ll find used F-Types with a wide range of engines: early cars used supercharged V6 and V8 engines that produced anywhere between 340 and 500 hp. Later versions could be optioned with a turbo four-cylinder making 300 hp and an upgraded V8 that made 575 hp. Depending on the engine, transmission choices included a six-speed manual or an eight-speed automatic.

The F-Type’s only common trouble spot is a tendency for the battery to run down, particularly if the car is not driven regularly. In this car, a weak battery can manifest in many ways, from faults with electronic systems to weird transmission behaviour. No matter what the troublesome symptom, the first recommendation is to replace the battery. This most often than not corrects the problem.

If you’re looking at one of the more potent versions of this car, it is especially important to have the car checked out before you buy. Checking for signs of especially hard driving by a previous owner, which can dramatically shorten the life of key mechanical components.

You’ve read about the great options that are available. You can shop the best used luxury coupes at Ontariocars.ca.