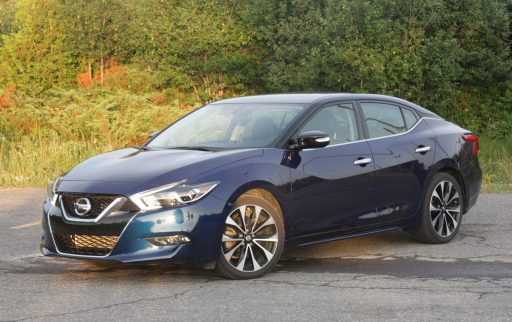 Auto industry research firm J.D. Power recently published the latest edition of its Initial Quality Survey (IQS). This annual study names the new vehicles in each class that generate the fewest complaints from buyers in their first 90 days of ownership.

We talked about J.D. Power’s research on OntarioCars.ca back in March, when we highlighted the company’s Vehicle Dependability Study.

In the IQS, J.D. Power rates cars, trucks and utilities based on problems per 100 vehicles (PP100). In the company’s parlance, quality doesn’t just refer to a vehicle’s mechanical systems. It also takes into things like paint finish, body and interior assembly and the user experience offered by infotainment and safety systems, which are a frequent source of gripes in modern cars. Notably, J.D. Power says it recorded fewer infotainment-related complaints this year than in last year’s IQS, but more issues with safety systems.

No overall improvement over 2018

This year, J.D. Power found that the design quality in new vehicles was the same as last year. That makes 2019 the first time in five years that overall vehicle quality has not improved. In fact, the organization says brands whose quality worsened this year outnumber those that made improvements.

However, some brands did do better this year than last, including those from South Korea. Hyundai, Kia and Genesis (all part of the Hyundai Motor Group) showed improved quality this year, nailing the top three spots for the second year in a row. Hyundai Motor Group models also ranked number one in six of 20 vehicle segments.

J.D. Power separates IQS ratings for car models from those for SUVs, vans and pickups. In this article, we look at the top-ranked models in the survey’s nine car categories.

Starting at the inexpensive end of the spectrum, the Kia Rio is J.D. Power’s top-ranked small car for 2019. The Rio’s impressive result is significant, as the 2019 model is among the first to use the Hyundai Motor Group’s new continuously variable automatic transmission.

This budget-minded subcompact makes a good first impression with handsome styling and a nicely-done interior.

If the Rio’s result is impressive for its introduction of new technology, the Forte’s strong showing is even more notable, as it sports an all-new design for 2019. Its performance is modest, but its classy look is bolstered by optional headlights that copy styling elements from the latest Porsche models.

In recent years, the Nissan Maxima has morphed from an affordable sport sedan into a comfortable, powerful cruiser.

We’re a little sad about that, but it’s still easy to like the Maxima’s roomy interior and surprisingly good highway fuel economy. A performance-tuned SR trim gives a taste of this car’s sport sedan roots.

The BMW 2 Series appeals to a wide range of drivers. The base 230i has a turbo four-cylinder, and M240i and M2 variants use a turbo six-cylinder that delivers sports-car performance. Further enhancing the BMW 2 Series’ desirability is its convertible option.

After nearly two decades, the modern Mini Cooper has become a fixture among premium small cars.

The current generation has a straightforward interior design that’s more user-friendly than older models. This little hatchback is a charmer for its fantastic handling.

Here’s another one of the Hyundai Motor Group’s segment winners. Hyundai chose the right time (2017) to spin the Genesis name into a separate brand. The G70 is a small sedan that goes up against cars like the BMW 3 Series and Mercedes-Benz C-Class and nails it with sharp performance and lots of standard features for the money.

Now in its last model year, the Ford Fusion goes out on a high note, along with the Chevrolet Malibu.

The Fusion’s design and small interior are outdated, but that means Ford has had lots of time to make improvements, which have paid off, quality-wise. The handsome Malibu is another car whose quality holds up despite new powertrain tech for 2019: A continuously variable transmission replaces a six-speed automatic in entry-level models.

The Dodge Challenger comes from the only Fiat Chrysler Automobiles (FCA) brand with an above-average quality ranking in this year’s J.D. Power IQS. This coupe is best known for its 707-hp Hellcat model, but it also caters to more relaxed drivers with a V6 engine. The importance of features like infotainment systems works in the Challenger’s favour: FCA’s Uconnect interface is well-done.

Mercedes-Benz redesigned its posh four-door coupe model into a new generation for 2019. It was the first model to use the company’s powerful new mild-hybrid inline six-cylinder engine, which boasts well over 500 lb-ft of torque. The CLS is a beautiful car that looks like a million bucks despite a price that starts well under $100,000.