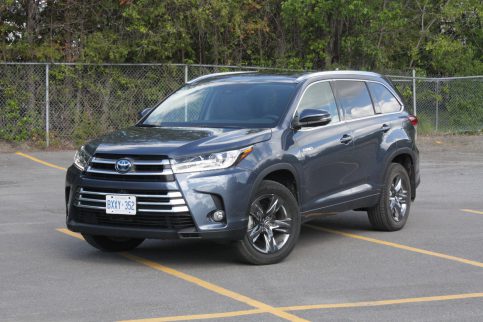 The cost of owning a car involves a lot more than just the purchase price. Fuel economy, depreciation, taxes, financing, insurance, maintenance and repairs are all important factors that dictate how much owning a vehicle can cost you.

As with anything that requires money, some cars and trucks represent a better value than others when it comes to keeping them on the road. Once a year, Michigan’s Vincentric takes a critical look at the Canadian car industry to find the top values in an array of vehicle categories and presents them in its annual Best Value in Canada Awards.

Vincentric says its proprietary formula looks at 2,400 individual vehicle configurations to calculate a vehicle’s expected cost of ownership. Its analysts then compare that number to other vehicles in the same class and figure out the actual cost to keep any given model on the road.

Here’s an overview of the winning models, starting with the brands that won the most awards.

Audi wins for best luxury car brand thanks to six of its models being named best-in-class. The A3 wins in both the luxury compact and luxury convertible categories, while the A4 Allroad and A5 win for best luxury wagon and luxury coupe, respectively. The A6 wins for premium luxury mid-size sedan, and the A7 gets the nod among premium luxury large sedans. Finally, the Q7 is Vincentric’s bet for large luxury SUV.

Ford ran this year’s full-size pickup categories, with the F-150, F-250 and F-350 winning in the half-ton, three-quarter-ton and one-ton payload classifications.

Three Honda models topped their classes this year: The Honda Fit is Vincentric’s best subcompact hatchback, the Accord Hybrid is best hybrid car, and the CR-V is top compact crossover.

Mazda also won a trio of awards this year. The Mazda3 is best compact sedan, the MX-5 is Vincentric’s favoured sports car, and the Mazda CX-3 takes top spot among subcompact crossovers.

Alfa Romeo took the prize in the luxury sports car class for its little 4C roadster, while the Chevrolet Tahoe is this year’s best large SUV.

South Korea’s Hyundai and Kia each win an award for electric vehicles: The Hyundai Kona is 2019’s best electric crossover and the Kia Soul is Vincentric’s choice for best electric car.