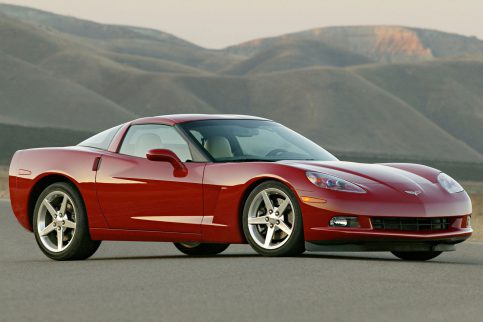 Chevrolet recently introduced the eighth generation of its Corvette sports car as a 2020 model. Any new Corvette design garners a lot of attention, but this one is notable for its mid-engine layout, a design usually favoured by European exotics.

While the brand-new 2020 Corvette is in the spotlight, we thought it would be a good time to look at used versions of the Corvette, as well as some of its American muscle-car competitors.

The Corvette, Dodge Viper and Ford Mustang Shelby GT500 all come from manufacturers who mostly profit from mainstream cars and trucks. But these three vehicles are anything but ordinary, so shopping for a used one requires a lot of care to avoid cars that have been abused.

Do not skip the pre-purchase inspection

It’s always good to have a used car inspected before you buy it, but it’s especially important here. These cars are built to be driven aggressively (and preferably only on a racetrack), which takes a toll on critical mechanical components. While any mechanic can spot most typical used-car issues, like leaking fluids or a worn clutch or brakes, you might be better off taking these sports cars to a dealer service department. Their specially trained technicians will know these cars’ weak points better than anyone.

Budget for costs beyond the purchase price

Because of the way many sports cars are driven, it’s wise to assume any used one you look at will need a new clutch, brakes, tires, or some combination of the three. Even if these items have some life left, you need to consider future replacement costs. You may also want to consider replacing them with aftermarket parts, which may be better suited to racetrack use or even your own driving style.

Should you avoid a modified car?

Speaking of aftermarket parts, many used sports cars will come with various performance enhancers installed by previous owners. Some of these can void the car’s warranty, especially those that tweak the engine’s electronic controls. Safer bets include aftermarket engine intake and exhaust systems. In the middle are suspension parts. If something on the car breaks that you believe should be covered under warranty, the manufacturer may disagree if the dealer finds aftermarket parts on the car.

Now, on to the fun part: here are some known issues to watch for in your used Corvette, Viper or GT500.

In C6 models, the engine’s timing chain could break if the car is routinely driven aggressively. This is not considered a widespread issue, but the possibility of a broken chain increases if the car is not well-maintained.

A timing chain is meant to last many years, but a lax oil-change schedule can accelerate wear, leading to a stretched chain and poor engine performance.

Here’s a look at what can happen if the timing chain breaks.

The C6 has an active handling system that helps steer the car where the driver points it. That system is linked to crashes and other scary incidents caused by the system activating randomly.

Here’s a discussion about dead batteries in C6 Corvettes.

This discussion has to do with Corvette navigation systems that act up after the battery is disconnected and reconnected.

Some C7 Corvette owners say their cars go into a reduced power mode in racetrack driving.

Here are a couple of discussions about torque-tube failures in C7 Corvettes.

The torque tube is a specialized drive shaft that connects the Corvette’s engine to its rear-mounted transmission.

Read one C7 Corvette owner’s story about the car’s active fuel-management system failing every time they drive the car on a racetrack.

Fourteen years covers either two or three generations of Viper, depending on who you ask. The 2008 model got a new engine and driveline, but was otherwise the same as the car sold between 2003 and 2007. The fifth and final generation model was introduced in 2013. Power output from the Viper’s V10 ranges from 500 hp in earlier models to 645 hp in 2017.

Older models are apparently quite robust, especially when maintained properly, but the fifth-generation Viper is another story. Many owners have experienced engine failures in their cars, which some blame on the engine consuming large quantities of oil. Making matters worse is that there are varying opinions on how to accurately check the engine oil level.

Dodge issued a recall for the Viper’s oil consumption.

An engine that runs low on oil could end up with failed crankshaft bearings, something that has apparently happened to many Viper owners, including this one.

Ford has produced a number of Shelby-branded Mustang variants, all named for car designer and race driver Carroll Shelby. The Shelby GT500 arrived in 2007 with a 5.4L supercharged V8 making 500 hp. Power output later rose to 540 and then 550 hp before making a bigger leap to 662 hp in 2013. The GT500 was discontinued after 2014.

Many GT500 owners complain about a transmission that grinds when shifted from first gear to second. Ford issued a service bulletin to help its dealer technicians fix the problem. Here’s one owner’s positive experience with repairs made by their dealership.

Here are a couple of discussions about GT500 clutch failure and here.

During your test drive, listen for a groaning sound from the power steering.

Some GT500 owners say the leather on the driver’s seat doesn’t wear well.