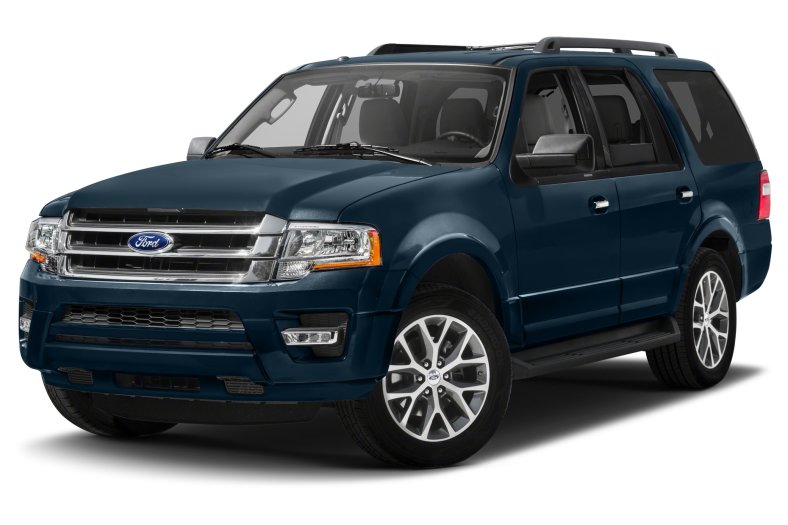 Any SUV can be a family vehicle, depending on the size of your family and how willing you are to adapt your lives to fit the SUV you really want. But if you would prefer to make your life easy and not try to cram a trio of kids into the back of a compact SUV, then a SUV with three rows of seating is probably the best option.

Minivans are fantastically practical, but there isn’t as much variety as there used to be, with just five brands competing in that segment now. Plus, the minivans still on the market are all so large as to make you feel like you’re driving a city bus every time soccer practice or grocery day comes around.

Where you will find a vast selection of family-sized vehicles is in the used SUV and crossover segments. In all but a few cases, you’ll give up some interior space compared to a minivan, but most three-row crossovers are still plenty practical. And just like families, they come in a variety of sizes and shapes to suit budgets large and small. Here’s a selection of five used crossovers and SUVs with three rows of seats that we think are among the strongest buys on the used-vehicle market right now.

If reliability is priority number one for you in a family vehicle, the used Toyota Highlander is hard to beat among mid-size crossovers. Other vehicles in this class boast better value, but Toyota’s near-legendary reputation for durable cars shines through in the brand’s biggest car-based model.

As you browse used-car lots to find the one you like, check that all of the Highlander’s infotainment features — like navigation — work properly, as this is one of Toyota’s few weak points.

Note that Toyota makes a hybrid version of the Highlander that will provide the best gas mileage, about 25 percent better than the gasoline version in real-world driving.

Mitsubishi is often overlooked on both the new and used markets, mainly because they’re a small company that can’t afford to update their designs as frequently as big players like Ford or Honda. So while their Outlander compact crossover looks and feels a bit dated, it’s a pretty reliable vehicle that packs three rows of seating into its tidy footprint.

Key among owner complaints are brakes that wear more quickly than expected, so if you buy, make sure the pads and rotors are in good shape before you make a deal. Also, have a look at the Outlander’s nifty two-piece tailgate to ensure it opens and closes properly by hand and, on cars so-equipped, via the power tailgate controls.

If you’re looking for something that offers a few more upscale features than the mainstream models we’ve talked about so far, consider the Lincoln MKT. This crossover’s styling is controversial, to say the least, but it is a nice-driving vehicle that inherits its sharp handling from the Ford Flex.

Of particular note is the availability of a turbocharged engine that makes an impressive 365 hp and will help you forget the vehicle you’re driving looks a bit like a hearse. Base models come with a less-potent, non-turbo V6.

When test driving, pay attention to the transmission’s operation and note any harsh shifting from the six-speed automatic, and have the car inspected by a trusted mechanic to ensure there are no fluid leaks from the all-wheel-drive system’s components.

Kia has been surprising us for years with the rapid improvements it has made to the quality and performance of its vehicles. One of the first models to move Kia into the mainstream was the second-generation Sorento, which it sold from 2011 through 2015. It’s not the largest, fastest, or most fuel efficient in its class, but it does a lot of things well.

Key among things to watch for in a used model is the backup camera, which is a known trouble spot in these cars. When test driving, find a few safe places to stop where you can engage reverse gear to make sure the camera works reliably. While you’re at it, check that the car’s other entertainment and power-operated features work as they should.

There are no serious mechanical trouble spots to watch for, but Kia did recall some Sorento models to check for metallic particles in the engine left over from the manufacturing process, so check to see if the car you’re looking at was covered by that campaign and whether the necessary repairs, if any, were done.

Kia built the second-gen Sorento with a choice of four-cylinder and six-cylinder engines, both of which came with a six-speed automatic transmission.

For some jobs, only a large vehicle will do. The Expedition is our pick for a full-size SUV, for its combination of reliability and relatively low resale values compared to its most popular competitor, the Chevrolet Tahoe. When shopping used models, make sure the brakes are in good shape and check that all of the power accessories (windows, locks, mirrors, tailgate, and seats) work as they should.

All Expedition models come with three rows of seating, but cargo space is limited behind the third row. For more interior volume, look for an Expedition Max, whose longer body and wheelbase add space both for people and cargo.

Older Expedition models used a V8 engine, but in 2015 Ford switched that out for a turbocharged V6 that promised similar performance and better fuel economy.

Ready to start shopping? Find yourself the perfect used SUV with a 3rd row!  You can search for deals near you and sort them by year, make, model, and price at OntarioCars.ca.