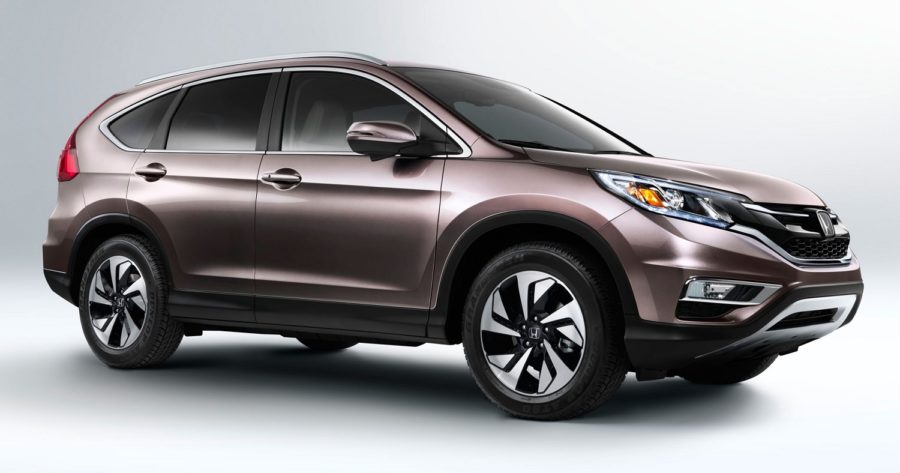 Compact crossovers dominate the shopping lists of many buyers seeking family-friendly transportation, and as a result, this segment is rich with well-designed vehicles. That’s great for consumers, who are treated to variety to a degree not found in many other vehicle categories.

But that much choice can also be paralyzing, so we’ve put together a list of our favourite five-year-old compact crossover models, from the 2013 model year. While five years of depreciation makes these vehicles far more affordable than new examples, the five-year mark is also where most manufacturers’ powertrain warranty coverage runs out.

With that in mind, these are a few of the compact crossovers with the best records for reliability, plus a few with known problems that are relatively easy to avoid if you know what look for.

Five years back, Honda was just beginning to recover from a slump during which it produced some of its least-inspired vehicles. The CR-V of that era was dull, both to look at and to drive, but it has proven just as reliable as we’ve come to expect from this Japanese company, and its awkward shape houses a simple, practical interior that’s great for small families. Key standard features included a backup camera and heated front seats.

Among the few trouble spots to watch for is the air-conditioning system’s fan, which is prone to failure. Honda also has a history of trouble with air-conditioning compressors, a more expensive part whose operation you’ll want to verify before you buy the car.

Toyota redesigned its popular RAV4 five years ago, and one of the most notable changes was the replacement of the old model’s swing-out tailgate with a traditional top-hinged door. Like the CR-V, the RAV4 is thoroughly unexciting to drive, but like most Toyota models, it’s quite durable.

Potential problems include a touchy infotainment system, so put it through its paces during your test drive, as these units are expensive to replace out of warranty. While driving, listen and watch for untoward noises and vibrations from the drivetrain: This was the first year for a new six-speed transmission in the RAV4, and a small percentage of owners have reported issues with it.

Those Toyota and Honda crossover models are the easy choices among small crossovers if reliability is your primary concern. But there are other compelling reasons to choose one car over another, among them the length of the manufacturer’s warranty coverage. The Mitsubishi Outlander’s 10-year, 160,000-km drivetrain warranty nearly doubles what most other car makers offer for mechanical components.

A relatively slow seller from a smaller automaker, the Outlander has nonetheless proven to be a pretty durable vehicle. It’s one of just a few in this class that offered three-row seating at a time when compact crossovers were actually compact, and it also employed a neat two-piece tailgate whose lower section becomes a usefully flat load surface when it’s open.

Another small crossover that puts a focus on practicality is the Chevrolet Equinox. While priced to compete in the compact field, the Equinox is longer both in overall length and wheelbase compared with most of its competitors. That means more legroom for occupants, while a rear seat that slides fore and aft allows the interior to be configured to favour rear-seat space or cargo capacity. For 2013, Chevrolet began offering the Equinox with a big 3.6L V6 that made it one of the most potent crossovers in its class, especially given Toyota’s decision to axe the RAV4’s V6 option that same year.

On the downside, the Equinox has not enjoyed as strong a reputation for durability as its Japanese competitors, but its trouble spots are at least well-documented. Before you buy, have a trusted mechanic perform a comprehensive inspection to ensure the engine’s timing chain is in good shape and that the fuel-injection system is performing to specification. Left unchecked, both of these issues can cause serious engine damage and may even necessitate an expensive engine replacement.

If driving engagement is near the top of your list of must-haves in a used compact crossover, then our last two recommendations are for you. First, the Volkswagen Tiguan, a model that found itself at the small end of the compact crossover market five years ago, but made up for that with a driving feel reminiscent of the Germany company’s Golf GTI sporty hatchback. Some of that was owed to the Tiguan’s nicely-tuned suspension and a turbocharged engine that predated the trend toward forced induction currently in vogue in the auto industry.

That engine is known for a handful of issues, including a tendency for carbon deposits to build up on the intake valves, requiring periodic cleaning that adds to the Tiguan’s maintenance costs, and a fuel pump that can wear out prematurely and cause engine performance problems. On the plus side, as with the Equinox’s engine issues, both of the Tiguan’s are well-known, and a pre-purchase inspection can weed out affected cars.

In 2013, Mazda introduced the CX-5, whose styling inspired the look of most of the company’s subsequent models and boasted a “SkyActiv” drivetrain that promised thrifty fuel economy. The CX-5 also boasted a more enthusiastic driving feel than most of its competitors, and an interior that would have been a good fit in many more expensive vehicles.

Historically, Mazda is not known for the same level of bulletproof reliability as Honda and Toyota, but the CX-5 has proven very durable in the five years since its introduction. The most common issue with this car is a buggy Bluetooth hands-free telephone interface, so if that’s a feature you plan to use frequently, make sure it works properly in the car you take home.

Regardless of what used compact crossover you choose, we strongly advise that you have it checked by a mechanic you trust before you buy. Proper maintenance is key to keeping any vehicle running well over the long term, and a good technician will be able to tell you how well a car has been treated by its previous owners and whether you may soon face expensive repairs as a result of someone else’s neglect.