Car Reviews and Tips » Cars Made in Canada 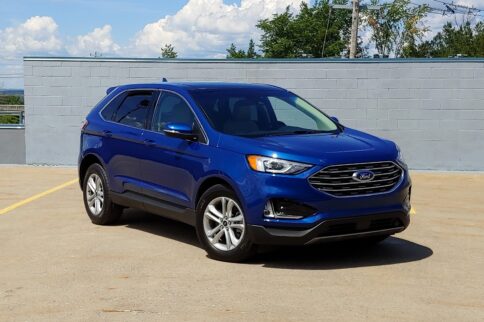 When you’re out shopping for a new vehicle, you’re balancing a host of factors as you decide what’s most important to you and what you can relax on: price, new vs used, size, number of seats, gas efficiency… The list goes on. For some buyers, whether a car is manufactured in Canada or not plays an important role, too. In this blog post, we’ll list the cars currently manufactured in Canada. The list is alphabetical by manufacturer.

You may not know Felino, but they are an ultra-rare sports car brand based in the Greater Montreal area. The cB7r was designed by Canadian racing driver Antoine Bessette and is also manufactured in Canada. The first cB7 was sold in 2016. (The “r” in “cB7r stands for “road.”)

The Ford plant in Oakville manufacturers the Ford Edge, Flex, and Lincoln MKT and Nautilus. The manufacture of the Ford GT (limited edition) is handled by Multimatic in Markham.

In 2018, GM announced it would close its Oshawa plant after about a century in operation. Indeed, on December 18, 2019, national news reported that the last vehicle rolled off the line at about 4PM that day. However, just under one year later, GM announced it would re-open the plant. The company plans to invest up to $1.3 billion to improve the facility. Unifor said GM would hire up to 1,700 workers.

GM plans to manufacture Chevrolet Silverados and Sierras in Oshawa.

GM’s plant in Ingersoll is still running, though. It manufacturers the Chevrolet Equinox.

Honda manufactures the Honda Civic and CR-V at its Alliston plant.

Savaria is a company you may not have heard of before. They specialize in converting minivans into vehicles that carry passengers who use a wheelchair. According to their website, they convert Chrysler, Dodge, and Toyota minivans. Although the different vans they convert may not be made in Canada, the company sources most of its conversion materials from Canadian suppliers.

Toyota makes four vehicles in Canada, all in Ontario: the Corolla, Lexus RX350, and Lexus RX450h Hybrid in Cambridge; and the RAV4 in Woodstock.

Used car dealers may not be the first thing on your mind when you’re looking for vehicles made in Canada. However, the majority of the cars on used car dealership lots were purchased from Canadians and are getting a second (or third or fourth!) life by being sold in Canada. If supporting Canadian and therefore supporting local are important to you when purchasing your next vehicle, consider a used car from your favourite local dealer.