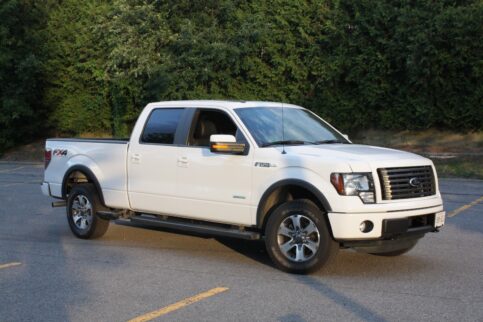 Car insurance is there to protect you if you make a mistake that damages another person’s vehicle or property or, in a worst-case scenario, injures someone. It also helps shield you from liability if you’re involved in a crash with someone who is driving without insurance. Even though it’s illegal to drive without it, it’s easy to forget about car insurance and how much it adds to your vehicle’s operating costs.

If you’re shopping for a used car on a tight budget, it’s important to choose a vehicle that is as inexpensive to insure as possible. To help you find the thriftiest vehicle that meets your needs, LowestRates.ca has compiled a list of the 10 cheapest vehicles to insure in 2021.

Among the major factors in determining insurance rates are the driver’s age, gender and driving record. LowestRates.ca corrected for those variances by basing this list on a hypothetical driver aged 30 to 49 who has a clean record and drives between 15,000 to 25,000 km per year.

The vehicle itself is also a factor. All the cars and trucks on this list are (or were) big sellers, making it easy for insurers to gauge how likely a given vehicle is to be involved in at-fault collisions. It also helps paint a clearer picture of what it costs to buy and replace damaged parts.

Finally, the cars and trucks listed here are probably reported stolen less frequently than the national average. With that in mind, if reducing insurance costs are a priority for you, you might want to avoid the models Ontario car thieves stole the most last year. (https://www.blog.ontariocars.ca/most-stolen-vehicles/)

There are also regional factors to consider. For example, car insurance tends to cost more in major cities – where there can be a higher risk of collisions and theft – than in small towns and rural areas.

Finally, LowestRates.ca says its insurance estimates are based on quotes provided through its website between December 1, 2019, and November 30, 2020. Because LowestRates.ca surveyed premiums across Canada, an Ontario-specific list of the cheapest vehicles to insure might look a bit different. Still, we think this is a good starting point if you’re in the market for inexpensive transportation.

This was the first model year for the Dodge Journey compact crossover. It was intended to replace the short-wheelbase versions of Dodge’s Caravan minivan – which went away the year before – and stuck around to capitalize on the popularity of crossovers and SUVs.

That four-speed transmission, called UltraDrive, is likely a factor in the Journey’s low cost: Dodge began making it in the late 1980s and made few changes afterward, which helped keep production costs down.

From 2003 through 2014, the Matrix was Toyota’s entry in the compact hatchback category. Redesigned in 2009, the Matrix shares its underpinnings with the ultra-popular Corolla compact sedan. LowestRates.ca doesn’t list a trim designation, which leads us to believe they’re referring to the car’s base FWD trim level, not the uplevel XR, XRS and AWD variants.

In 2010, the base Toyota Matrix used a 1.8L four-cylinder engine with 132 hp and 128 lb-ft of torque. A five-speed manual transmission was standard, and a four-speed automatic was the option.

Though the Matrix didn’t sell quite as well as its Corolla sibling, it benefits from mechanical components that were produced in large numbers and shared with vehicles sold around the world.

In 2011, the Chevrolet Cruze replaced the Cobalt as the brand’s compact sedan model. LowestRates.ca singles out the LT Turbo trim, which was positioned in the middle of the model’s range, striking a balance between a low price and creature comforts. Power is from a 1.4L turbocharged four-cylinder engine with 138 hp and 148 lb-ft of torque and a six-speed automatic transmission.

The first-generation Cruze was named a Top Safety Pick by the Insurance Institute for highway Safety (IIHS) for its strong performance in crash tests, which contributes to its affordable insurance rates.

Like the Chevrolet Cruze listed above, the 2015 VW Golf marked the introduction of an all-new design. Volkswagen offered its TDI diesel engine across the Golf lineup, including the entry-level Trendline trim. The TDI generates 150 hp and 236 lb-ft of torque. In 2015, it could be matched with either a six-speed manual transmission or a six-speed dual-clutch automatic.

While the dual-clutch gearbox is a smooth piece of engineering, its high-tech nature makes it expensive to replace if it’s damaged in a crash. Our presumption is the lowest Golf insurance rates would go to models with the manual transmission.

In 2006, the Toyota Corolla was in the middle of its ninth generation, which was introduced in 2003. It’s mechanically similar to the Matrix that made the number three spot on this list. Power is from a 1.8L engine (126 hp/122 lb-ft) and a choice of five-speed manual or four-speed automatic transmissions.

We’re not sure what’s behind the Corolla being more expensive to insure than the Matrix. We’d presume this car would be less likely to be involved in crashes, given its popularity with laid-back drivers. In any event, the Corolla’s age means it will be less expensive to buy than the newer Matrix, which should offset the difference in insurance costs.

This is the first of three appearances the Dodge Grand Caravan makes on this list, so don’t expect a lot of variety from here on out. In 2019, the Grand Caravan was a 12-year-old design that had undergone relatively minor changes since its 2008 introduction. The 2019 model has a 3.6L V6 (283 hp/260 lb-ft) and a six-speed automatic transmission.

These vans were produced in large numbers, so replacement parts should be plentiful and inexpensive. In the case of a stolen vehicle, low resale values on the used marketplace make it inexpensive to replace a missing van.

The GT trim’s inclusion here is a bit of a surprise, as it’s the priciest, best-equipped version of this van. We’d have thought its various extras would boost insurance premiums compared to lesser trims.

The 2013 Ford F-150 is an updated version of the 2011 model in the number two position in LowestRates.ca’s list. Its changes included refreshed front-end styling and a new version of the MyFord Touch infotainment system.

This version of the F-150 being less affordable to insure could be down to statistical differences in collision or theft rates. It could also be the result of higher costs for replacing the 2013 model’s restyled front bumper and grille.

In the 9th and 10th spots on LowestRates.ca’s list are two more versions of the Dodge Grand Caravan minivan. The 2011 model that placed 9th was an updated version of the 10th-place 2008.

In 2008, an all-new Grand Caravan arrived with a base SE trim that offered 3.3L and 3.8L V6 engines (175-197 hp/205-230 lb-ft) and a four-speed transmission. The 2011 model introduced the 3.6L engine and six-speed transmission also found in the 2019 model in the number seven position on this list. In 2008 and 2011, the SE trim was the Grand Caravan’s entry point. As with the 2019 model, replacing damaged parts or the entire vehicle is relatively inexpensive and helps keep insurance costs down.