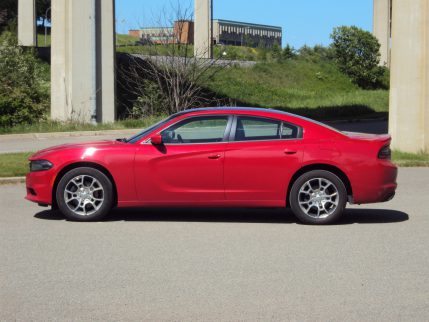 In our last used-car article we discussed the Ford Taurus and Chevrolet Impala, a pair of cars that helped define the modern full-size sedan segment. Despite that influence, they’ve been discontinued, early victims of an auto-industry shift away from sedans.

Ford and Chevrolet didn’t see a future for big sedans, but other manufacturers are not ready to give up on the segment. Read on for a used vehicle buyer’s guide to a quartet of full-size cars that outlived the Taurus and Impala: the Toyota Avalon, Chrysler 300, Dodge Charger and Kia Cadenza.

The Toyota Avalon is a near-luxury sedan that’s larger than the Camry but less expensive than the Lexus ES. Its fourth-generation arrived for the 2013 model year.

Early in that generation’s run, some Avalon owners complained of headliner fabric that came away from the car’s roof.
Toyota apparently redesigned the headliner to address the problem.

Here’s a discussion about Avalon interior materials that began to wear prematurely.

The Avalon’s optional navigation system is also a source of owner complaints.

In 2015, Dodge and Chrysler refreshed their respective full-size sedan models, which share a lot of the same mechanical components. Both came with V6 and V8 engine options, all of which used an eight-speed transmission. The V6 could be ordered with AWD.

Chrysler’s Uconnect infotainment system controls many of the car’s secondary functions, so spend some time using it to make sure it works well and responds without glitching. If it or any of the car’s other electronic features act strangely, start by checking the battery. A weak battery can cause all kinds of weird faults even if it still has enough juice to start the engine.

Summer heat is suspected as the cause of deformed dash and door panels.

If you feel any vibrations while braking, suspect worn or warped rotors, which are a common complaint in these sedans.

Check the heater to make sure it puts out the temperature of air you ask for. Some owners say their cars’ climate controls only make heat when the dial is set to full hot.

Finally, if you’re shopping for one of the speedier Charger models, get the car inspected to look for signs the car was regularly drag-raced or otherwise driven hard. Obvious modifications, like aftermarket parts, are a sign the car may have been pushed — if not abused — by a previous owner.

Kia added the Cadenza to its lineup in 2014 to offer shoppers something a little posher than its Optima family car. The 2017 model got updated styling and an eight-speed transmission to replace the previous six-speed.

A brief metal-on-metal sound from the Cadenza’s engine at start-up could be linked to the variable valve-timing system. Replacing the engine oil filter with a new Kia part may also help mitigate unwanted noise.

A couple of Cadenza owners in this discussion have complained of cracking noise from their cars’ panoramic sunroof assemblies.
This separate sunroof-related discussion has to do with a flaw in the weatherstripping around the sunroof panel.