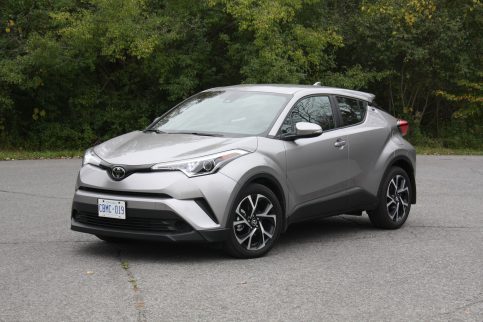 J.D. Power has named Porsche and Dodge the industry’s top brands in the 2020 version of its annual Automotive Performance, Execution and Layout (APEAL) study.

The APEAL survey measures which vehicles are most likely to make their owners feel good about their purchase. It’s a less tangible thing than the organization’s initial quality and dependability surveys, but J.D. Power says it’s just as important for determining which automakers are getting things right with their vehicle designs.

Between February and May of this year, J.D. Power received more than 87,000 responses from people who had purchased 2020 model year vehicles. Based on those replies, it calculated scores out of 1,000 for every mainstream brand and a wide range of vehicles.

As that ranking indicates, upscale brands are succeeding in making people feel good about purchases more often than non-luxury automakers. The average score among luxury brands is 861, while mass-market (as J.D. Power describes them) car makers averaged 838 out of 1,000.

Four BMW Group models topped their categories, too. They are the BMW X4 and X6 SUVs, the BMW 7 Series luxury sedan, and the Mini Countryman compact SUV.

Other vehicles that topped the rankings include the Audi A3 compact sport sedan, which impresses despite its small size and accessible price. The Jaguar E-Pace small SUV and the Land Rover Range Rover Velar mid-size SUV represent Britain’s luxury car industry.

The Toyota C-HR tied the Mini Countryman among small SUVs, joining the well-known Ford Escape and Mazda CX-5 (which tied in the compact SUV class) and the Chevrolet Blazer mid-size SUV. The Dodge Challenger coupe keeps muscle cars on the map for another year. Finally, Honda’s Odyssey minivan and Ridgeline mid-size pickup truck were winners, along with the Ram 1500 full-size truck and the GMC Sierra HD heavy-duty pickup.