Car Reviews and Tips » What’s the Difference Between AWD and 4WD? 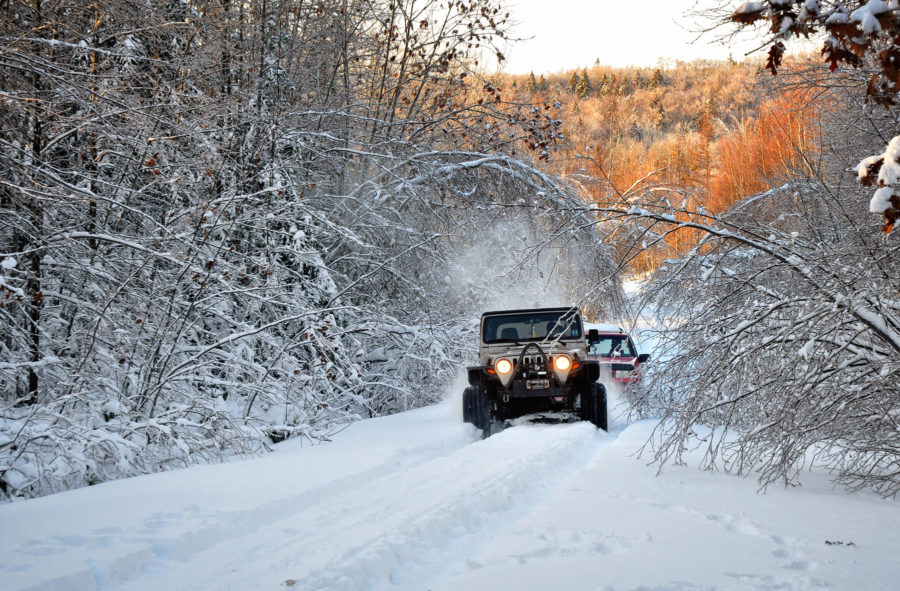 So you’re in the market for a used vehicle with all-wheel drive (AWD) or four-wheel drive (4WD). As we write this, in the middle of a typical Ontario winter, we can’t say we blame you.

It doesn’t matter whether you’re commuting on Toronto’s crowded Highway 401 or you regularly travel the Trans-Canada between Sudbury and Sault Ste. Marie: An SUV, a crossover utility or a car with AWD or 4WD can be a great antidote to winter traction-related frustration.

While AWD and 4WD basically do the same thing – improve traction by powering all four wheels – they do it in different ways. Before you buy, we thought it might be helpful to know what distinguishes AWD from 4WD, and which vehicles have which type of system.

Today, AWD is the more common of the two types of drive layout. Typically, AWD is an option in vehicles that come standard with front-wheel drive. Even with AWD, these cars, crossovers and SUVs operate in front-wheel mode most of the time.

Not all AWD system are equal

Nevertheless, not all AWD systems are the same, even on different vehicles from the same company. For example, Mercedes-Benz markets all of its AWD systems as 4MATIC, but how the system works depends on the vehicle. In the GLA-Class compact crossover, for example, it works as we described above. Only the front wheels are powered until they spin, and then the system automatically engages the rear axle.

Four-wheel drive is most commonly found in pickup trucks such as the Ford F-150, large SUVs like the Chevrolet Tahoe and the Jeep Wrangler SUV. Generally speaking, 4WD is better in challenging off-road situations than AWD.

Which one is right for you?

If you do most of your driving in the city, where snowy, icy roads are your biggest concern, then a fully-automatic AWD system will do the trick. The vast majority of AWD vehicles will also work well on the muddy or gravel roads you might drive to access a cottage or campground.

But if you are interested in serious off-road driving, you will want to get a 4WD vehicle. These systems are built to stand up to rugged terrain that will literally stop some AWD vehicles in their tracks.

Do your research first

If you’re looking for true 4WD capability, do you research to make sure the car manufacturer isn’t using the 4WD label as a marketing tool. For example, some older versions of the Toyota RAV4 and Honda CR-V have “4WD” badges. However, these popular compact SUVs are actually AWD and not built for challenging off-roading.