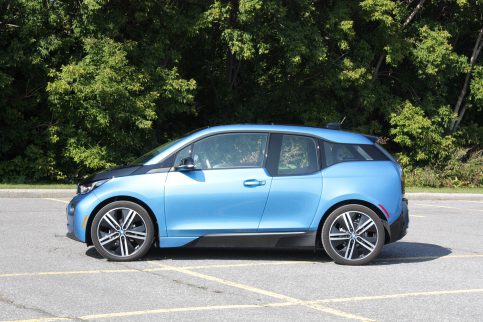 Depreciation is a term you’ll see mentioned frequently at OntarioCars.ca, given our focus on the used vehicle market. It’s the rate at which a car or truck loses value after it’s purchased new.

Where depreciation is concerned, all vehicles are not created equal. A vehicle’s rate of depreciation depends on a number of factors. For example, generous incentives designed to boost new-vehicle sales cause faster depreciation, and many luxury vehicles lose value more quickly than the average because they can be expensive to maintain after the warranty runs out.

The latest study by the used-vehicle experts at iSeeCars looks at the three-year-old off-lease cars with the highest rates of depreciation. These are the lightly used models most likely to be available for a bargain price compared with what they cost when they were new.

Why choose a used vehicle that has just come off lease?

A car or truck that has just come off a three-year lease can be a good deal for many reasons. For one, leased vehicles typically enjoy diligent dealer servicing, which means most will have been well maintained. Also, most lease agreements dictate an annual mileage restriction, so many off-lease vehicles will have below-average odometer readings. Finally, those three-year-old cars will usually have some warranty coverage left to keep repair costs down in the early days after your purchase.

Which three-year-old vehicles have depreciated the 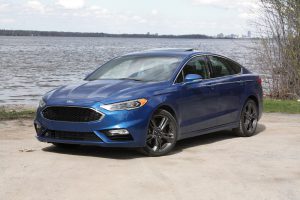 According to iSeeCars’ overall list, 9 of the 10 vehicles with the highest rates of depreciation are upscale models. Number one is the Audi A6, which lost nearly 56 per cent of its value in its first three years. It’s followed by the Ford Fusion Hybrid, at 54.9 per cent. 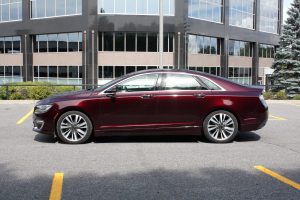 Rounding out the overall top 10 are the Lincoln MKZ, Infiniti’s Q50 sedan and QX60 crossover, the BMW 4 Series, and the Audi A4, all of which lost between 51 and 52 per cent of their value in their first three years on the road.

The iSeeCars study says the average rate of depreciation for all three-year-old vehicles is 39.1 per cent. 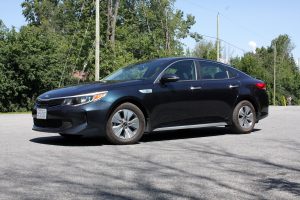 Some of the best deals overall are on family sedans and other modestly priced models. ISeeCars’ best used-car bargains among three-year-old models are hybrid and gas versions of the Ford Fusion in the top two spots (54.9 and 44.7 per cent depreciation, respectively), followed by the Volkswagen Passat and the Kia Optima at 43.2 and 42.7 per cent. The Nissan Altima and Hyundai Sonata ranked fifth and sixth at 42.5 and 42 per cent.

Seventh place goes to the Chevrolet Trax subcompact crossover (38.5 per cent), followed by the Hyundai Elantra and Nissan Sentra compact sedans (38.3 and 38 per cent). In 10th place is the Kia Soul compact wagon, at 37.4 per cent.

If you’re shopping for an upscale SUV or crossover, there are a number of desirable models that have depreciated much more in three years than the segment average of 39.7 per cent.

Topping the list is the Infiniti QX60, at 51 per cent. It’s followed by a pair of Mercedes-Benz models – the mid-size GLE and full-size GLS – in the low 50 per cent range.

In the middle of the top 10 are the BMW X1 and X3 compacts and the BMW X5 and Buick Enclave mid-size models, with depreciation ranging from 48.3 to 49.6 per cent.

Rounding out this list are the Infiniti QX50, Cadillac XT5 and Volvo XC60, all with rates of depreciation in the low 48 per cent range. 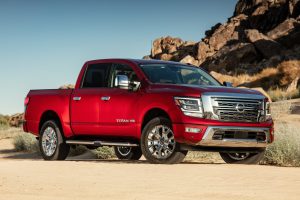 The iSeeCars study found that the average rate of pickup truck depreciation – 34.3 per cent – was lower than in the other segments they analyzed.

Four trucks came in with below-average depreciation, meaning they held onto their value better than most. Three of those models are mid-size trucks: the Honda Ridgeline (33.4 per cent), Chevrolet’s Colorado (28.8 per cent), and the Toyota Tacoma, at 25.2 per cent. Slotting in between the Ridgeline and Colorado is the full-size Toyota Tundra, at a rate of depreciation of 29.4 per cent.

Electric vehicles (EVs) remain some of the best used-car bargains based strictly on depreciation. That’s because demand for used EVs is tempered by the segment’s fast-evolving technology: Today’s new EVs boast better efficiency and driving range than those made just three years ago.

According to iSeeCars, the average EV lost 59.2 per cent of its value over the last three years. The BMW i3 and Nissan Leaf both come in higher than that, at just over 60 per cent.

EVs with below-average depreciation include the Kia Soul (58.7 per cent) and the Hyundai Ioniq Electric at 47.7 per cent.

Tesla’s desirable high-end EVs have lost value more slowly than most battery-powered vehicles over a three-year period. The Model S mid-size sedan comes in at 36.3 per cent, the Model X SUV at 33.9, and the Model 3 compact sedan lost just 10.2 per cent of its original value.

Car brands with the fastest rates of depreciation

Finally, iSeeCars analyzed their data to see which brands’ three-year-old models lose value most quickly and, consequently, promise the most significant discounts compared to their new vehicles.

Cars and crossovers from Lincoln, Cadillac, BMW, Infiniti and Volvo all lost more than 50 per cent of their value in the previous three years.

Mercedes-Benz, Audi, Jaguar, Buick and Acura all came in at between 45 and 50 per cent, while average depreciation for vehicles from Land Rover, Lexus, Hyundai, Volkswagen, GMC, Chrysler, and Nissan was between 40 and 44 per cent.

Ford and Chevrolet models lost an average of 40 per cent of their value, and Kia rounded out the top 20 at 39.4 per cent.