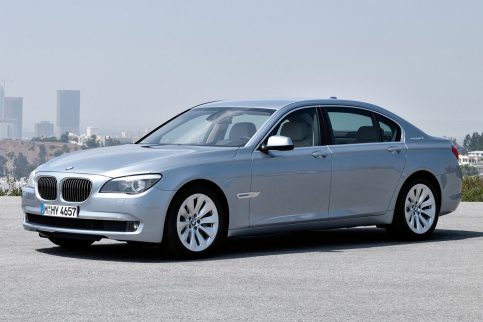 Most of the upscale plug-in hybrid and electric vehicles reaching the marketplace these days are SUVs, reflecting that vehicle type’s popularity. However, luxury brands made their first forays into the electrified-vehicle segment about a decade ago with more traditional full-size sedans using gas-electric drivetrains.

These cars showed luxury-car buyers that saving fuel didn’t have to mean giving up posh accommodations. Like most prestige vehicles, these big hybrids are a relative bargain on the used market. But even if a car is affordable to buy, it won’t necessarily be cheap to keep on the road and running well (https://www.blog.ontariocars.ca/luxury-car-depreciation/), and adding a more complicated drivetrain to the mix increases the risk of expensive repairs.

Read on for some buying advice and words of caution to keep in mind when shopping for a used hybrid luxury sedan.

The BMW ActiveHybrid 7 was one of the German brand’s first mass-market experiments with a gas-electric powertrain. Early cars used a V8 and electric motor rated for 13.7/9.8 L/100 km (city/highway), while the 2013 model introduced a more economical V6/electric combination (10.5/7.6 L/100 km, city/highway).

Here’s one owner’s account of having to replace a failed power module in their ActiveHybrid 7. (https://www.bimmerfest.com/forums/showthread.php?t=931869&highlight=ActiveHybrid)

This discussion details a hybrid-battery recharging fault that seems common enough to be of concern if you’re buying a car without warranty coverage. (https://www.bimmerfest.com/forums/showthread.php?s=5a26190346401769eeccc9098bfc3110&t=848451)

If the hybrid drive battery discharges completely, you won’t be able to start the car. You can’t jump start an ActiveHybrid 7 either; instead, you have to follow a fairly involved process to recharge the drive battery enough to start the gas engine. (https://www.bimmerfest.com/forums/showthread.php?t=968814)

The ActiveHybrid 7 was one of a number of BMW models subject to a service campaign to replace stretched engine-timing chains. (https://www.bimmerfest.com/forums/showthread.php?t=878362&highlight=ActiveHybrid) 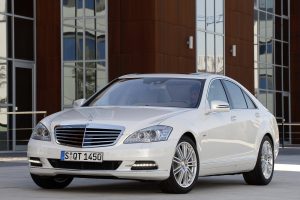 If an S400 stalls and is difficult to restart, one possible cause is an expensive component called the start/stop controller in the power electronics module. If this part fails, you could be looking at a five-figure repair cost. (https://www.benzworld.org/threads/super-embarrased-with-the-2010-s400-hybrid.2376857/)

The Mercedes-Benz S-Class has a complicated electrical system, and the S400’s hybrid drivetrain makes it even more so. Here’s a list of things to try when electric components act up. (https://www.benzworld.org/threads/resets.2377497/#post12223513) 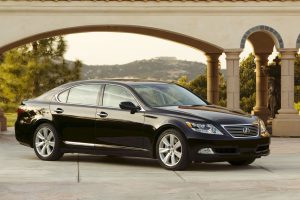 Lexus added a hybrid option to its LS sedan in 2008. It paired a big V8 with an electric motor to create the most potent version of the full-size LS. However, fuel-consumption estimates of 12.0/10.7 L/100 km (city/highway) meant it was also the most fuel-efficient LS variant.

Here’s one LS 600h owner’s story of what happened when the hybrid battery failed in their car. (https://www.clublexus.com/forums/ls-4th-gen-2007-2017/814364-my-crazy-ls600hl-hybrid-story.html) One adventurous LS 600h owner rebuilt the battery using parts from the Toyota Prius. This is not a project for the faint of heart. (https://www.clublexus.com/forums/ls-4th-gen-2007-2017/922884-ls600hl-diy-hybrid-battery-replacement-using-prius-cells-2.html)

A fault with a part called the hydrocarbon switching valve can result in an expensive exhaust-system repair. (https://www.clublexus.com/forums/ls-4th-gen-2007-2017/812932-anyone-replace-hydrocarbon-switching-valve-for-ls-600hl.html )

Keep reading for some general observations about hybrid luxury cars.

Hybrid battery and drive system replacement: If you purchase one of these big hybrid sedans used, be aware that if the hybrid battery goes bad, it will probably be very expensive to replace. The same warning goes for almost any major component in the hybrid drive system. Also, there is often very little warning of an impending failure. Typically, the car will only tell you something is wrong when it’s already too late, and the car may no longer be drivable.

Air suspension: Like any full-size luxury sedan, these hybrid versions frequently have complicated air suspension systems. These provide great ride quality, but are prone to reliability flaws as they age. It’s often possible to retrofit traditional steel springs as a cost-effective replacement for a faulty air suspension. (https://www.clublexus.com/forums/ls-4th-gen-2007-2017/884526-rear-air-suspension-total-failure.html)

Climate control: During your test drive, make sure the climate control system blows hot air even when the gas engine is in auto-stop mode (which, admittedly, is only easy to do in cold weather). If it doesn’t, that could indicate a potentially expensive problem with the HVAC system. (https://www.clublexus.com/forums/ls-4th-gen-2007-2017/765154-ls600hl-hybrid-climate-control-issues-on-cold-days.html )