Car Reviews and Tips » The Factors of Luxury Car Depreciation 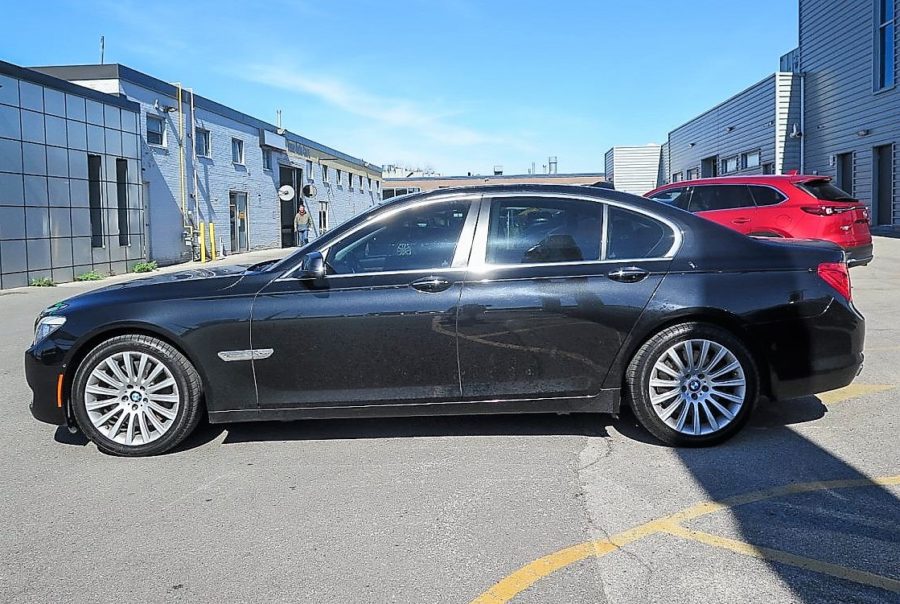 An interesting thing happens to most upscale vehicles as they age. Like any car, luxurious cars depreciate, but often at a higher rate than the industry average. That means after five or 10 years, a car that once cost as much as a condo in some of Ontario’s smaller cities can become surprisingly attainable. What are the factors of luxury car depreciation?

Here’s an example: As you read this, a five-year-old BMW 7 Series in good shape goes for $30,000 to $40,000, or between one-quarter and one-third of its original price with a few options added.

Meanwhile, you could buy a similar vintage Toyota Avalon, a large luxury sedan in everything but name, for between $20,000 and $25,000. That’s a lot less money to spend, but it counts for well over half of that car’s original price.

It seems counterintuitive that a prestigious car like a 7 Series should depreciate so much more quickly than the relatively plain Avalon. The dramatic rate at which the BMW loses its value makes that car seem like a great deal on a car many of us dream about owning.

The factors of luxury car deprecation

However, you’ll need to consider the reasons behind that deep depreciation if you want to keep that dream from turning into an expensive nightmare.

One reason high-end cars tend to lose their value more quickly than the industry average is because most people who can afford to own them from new choose leasing over buying. That way, they get a new car every three or four years. It also means there’s a steady supply into the used-vehicle marketplace of upscale cars for which there is modest demand, for reasons we’re about to discuss.

The fancy features that justify a new luxury car’s elevated price are often the same ones that turn off the average used-vehicle buyer. That’s especially true for cars in our five-year age range, which are unlikely to have much if any, factory warranty coverage left.

For example, air suspension, a common luxury-car item that can improve handling and ride performance, tends to be expensive to repair. And because the system’s failure can render the car undrivable, you either have to spend the money to fix it or find an alternate means of transportation.

Buying through a certified pre-owned (CPO) program can help, as these programs often include six months or a year of warranty, but after that, you’re still on your own if a pricey component quits on you.

Even if your used luxury car provides bulletproof reliability over several years of driving, you will still need to look after regular maintenance, like oil changes and brake jobs.

Count on most maintenance procedures being more expensive on a luxury car than a comparable mainstream model. Parts are often more robust to stand up to a higher level of performance. Labour charges might be higher at a luxury brand’s dealer service department as well, to cover the cost of more extensive training for technicians and any amenities the dealership offers.

If you’re handy with cars, you can offset a luxury car’s elevated maintenance and repair costs by doing at least some of the work yourself. Repairing a luxury car in your driveway may seem daunting, but in most cases, changing oil and replacing brakes is no more difficult than in any other car.

Automakers, upscale and otherwise, have worked hard to make their vehicles more fuel-efficient in recent years. The 2013 BMW 740i’s turbocharged, 3.0L, the six-cylinder engine offers about as much horsepower as the V8 in the 2003 745i, the comparable model from a decade earlier, but it uses 12 percent less fuel, according to Natural Resources Canada.

By comparison, the Avalon is just as powerful and notably more efficient, and will run on regular-grade gasoline, while the BMW takes premium, which typically costs another 20 cents per liter. That may not seem like a lot, but it adds up when it’s time to fill the 80-liter tank in that 7 Series.

Car-insurance premiums are calculated based on a number of factors, including your driving record, the car you drive and where you drive it—and the cost to repair it after a crash, so once again it pays to consider what those luxury-car features are truly worth to you.

Every year, the Insurance Bureau of Canada publishes How Cars Measure Up, an evaluation of statistics on Canadian car-insurance claim costs for each category of vehicle.

The IBC’s latest data is from 2016. That year, the average insurance claim for a 2012 7 Series (the most recent year for which they have data) was about 200 percent more expensive than that of an average four-door sedan, luxury or not. Meanwhile, the 2013 Avalon’s claim costs were only about 20 percent higher than the average. There are upscale cars whose insurance costs are below than average, however, so talk to an insurance broker before you buy.

All of this is not to say you shouldn’t buy a used luxury vehicle if that’s what you want to drive. But do your research: Before you buy a car that catches your eye, find out what it costs to keep it on the road. Then, set aside part of your budget as a fund for maintenance and unexpected repairs. That way, you can do more driving and less worrying.