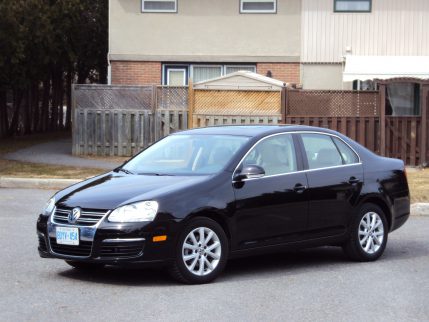 Diesel engines looked poised for big things in the mid-2010s. Volkswagen was enjoying massive success with its TDI diesels, particularly in the compact Golf and Jetta models.

And then the Volkswagen emissions scandal, known as Dieselgate, hit the fan. That killed diesel’s momentum here as increased regulatory scrutiny scared most other automakers away from the diesel car segment.

Chevrolet was the only other brand that had added a diesel to its compact car offerings before Dieselgate hit. It sold the first-generation Cruze Diesel in 2014 and 2015 and followed with a second-generation in 2017.

Read on to learn what to watch for when shopping for a used diesel Golf, Jetta, or Cruze. 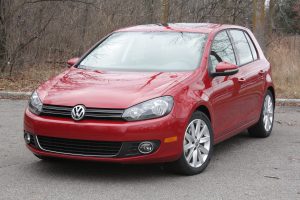 Dieselgate came to light in the fall of 2015 when TDI diesel that had been promoted as clean-running were found to only operate that way when connected to emissions test equipment. While driving on the road, they were actually pumping out all kinds of harmful toxins.

Volkswagen offered to compensate owners of those dirty diesel, or buy the cars back. Either way, VW modified the emissions control system to clean up the cars’ operation.

VW’s modifications affected the diesel Golf and Jetta’s performance, and those differences were noticeable to owners who kept their cars rather than sell them back to the company. Here’s a collection of those owners’ impressions. (https://forums.tdiclub.com/showthread.php?t=488911)

There are other potential issues to consider when shopping for a used diesel VW.

Volkswagen issued this 2011 technical service bulletin to address a problem of ice forming inside the intercooler in TDI-powered cars, in winter

weather. The problem is not the ice itself, but the water that results when that ice melts, which can be pulled into the engine when it’s started.

Some owners of cars fitted with VW’s DSG transmission complain of a phenomenon called “false neutral,” where the transmission will behave like it’s in neutral even when it’s in drive. (http://forums.tdiclub.com/showthread.php?t=324607) This short video shows the false neutral in action. (http://youtu.be/8tQoDoILkyk)

It’s worth knowing, too, that the DSG is not a cheap transmission to maintain. VW calls for a fluid and filter change every 60,000 km, a service that apparently costs a few hundred dollars at a VW dealer. One owner of a DSG-equipped VW put together this DIY DSG service procedure. (http://forums.tdiclub.com/showthread.php?t=169356) Naturally, if you choose to do this work yourself, you do so at your own risk.

According to a discussion at the CruzeTalk.com forums, there are a number of common issues to be aware of in older Cruze Diesel models. (https://www.cruzetalk.com/threads/common-issues-and-fixes-for-2014-2015-cruze-diesel.178553/)

The Cruze uses diesel exhaust fluid to clean up the engine’s emissions. The fluid reservoir is heated, and that heater can fail and cause the check engine light to turn on. Chevrolet apparently extended warranty coverage to deal with this issue.

There’s also a filter in the exhaust system that traps soot before it can be expelled through the exhaust. That filter periodically heats up to burn away accumulated soot, but interrupting that process can cause driveability problems. (https://www.cruzetalk.com/threads/pre-regen-diesel-owners-read-this-it-can-save-you-a-trip-to-the-dealer.152937/)

On cars that have racked up more than 200,000 km, the turbocharger’s intercooler pipe can crack. The result is a car that runs badly and produces a lot of smoke. If the pipe cracks while you’re driving, you’ll likely hear a pop sound, followed by a rough-running engine.

The clamps that connect the various parts of the engine’s intake tract (of which that intercooler pipe is a part) can come loose and cause engine performance problems and a check engine light. (https://www.cruzetalk.com/threads/how-to-check-diesel-intake-clamps.150146/)

Finally, a Cruze Diesel with weird electrical gremlins and/or whose automatic transmission won’t shift out of first gear may simply have a loose battery cable or need a new battery. (https://www.cruzetalk.com/threads/special-coverage-14311-negative-battery-cable.102769/)

In newer Cruze Diesel models with the manual transmission, watch for flywheel failures are a common issue. Symptoms include metal-on-metal noises when acceleration, and in more serious cases, severe engine and transmission vibrations. (https://www.cruzetalk.com/threads/another-flywheel.223401/ and https://www.cruzetalk.com/threads/1-6-starting-issue-running-backwards.238493/)

Here’s a discussion about second-generation Cruze Diesels that hesitate during acceleration in cold weather. (https://www.cruzetalk.com/threads/diesel-2nd-gen-hesitates-when-cold.244707/