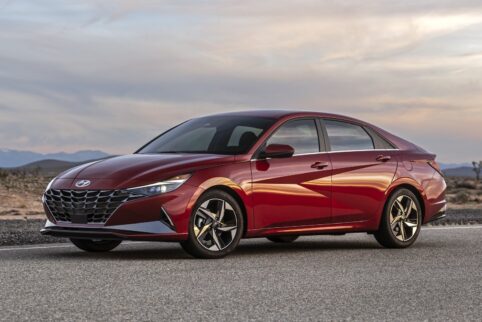 You may have heard about the recent Hyundai and Kia auto thefts that have been occurring in the United States. We’ll go over what’s happening, which cars are at risk, how the trend started, and offer some tips on preventing vehicle theft.

Since July 2022, hundreds of reports have been filed regarding stolen Hyundai and Kia vehicles. After getting into the vehicle, perpetrators remove the steering wheel column and plug in a generic USB cable to start the ignition without any keys.

So far, most of the reported thefts have occurred in Michigan, Missouri, Ohio, and Arizona.

Which Cars Are Being Targeted?

The USB theft method can work on any Hyundai model from 2015 to 2021 and any Kia model from 2011 to 2021. These vehicles are targeted because they don’t have an immobilizer device, which means they can easily be started without a key.

The Kia Boyz: a Social Media Trend about Auto Theft
With the never-ending stream of content available on the internet today, it’s almost no surprise that many people are learning how to commit auto theft by watching videos online.

Some of the first cases reported in Grand Rapids, Michigan, were revealed to be the work of a group of young men who call themselves the “Kia Boyz.” These individuals have posted several videos on TikTok. In the posts, they film themselves taking and driving unattended Hyundai and Kia vehicles, starting what is now known as the “Kia Challenge.” The highly accessible nature of platforms like TikTok means these videos have been circulated and replicated countless times by other users within a brief span of time, resulting in more and more thefts.

Response from the Brands

In response to these security issues, both Hyundai and Kia said they’ve updated all their 2022 vehicles to prevent this kind of attack from happening. Both brands have recommended their customers with older models take extra measures to deter their vehicles from being stolen.

For some people, this response is simply not good enough. One law firm in Cincinnati, Ohio, has opened a class action lawsuit against Hyundai and Kia in reaction to the thefts to request financial compensation for victims. Anyone affected by the recent events is invited to join the lawsuit, whether their vehicle was stolen or is at risk of being stolen.

Until the people behind these thefts are stopped, Hyundai, Kia, and all other vehicle owners should take some extra precautions to protect their property.

Although Ontario hasn’t reported any similar cases about Hyundai and Kia vehicles, auto theft can happen anywhere. It’s always better to take these extra steps to help prevent your vehicle from being someone’s next target.

Even after this “trend” dies down, it’s a good idea to keep up these habits to protect your car from being stolen or broken into.

For more advice on deterring car theft, check out this article.