Car Reviews and Tips » How to Prevent Auto Theft 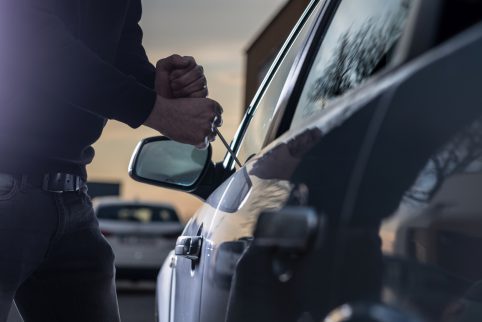 Earlier this year, Volkswagen released a popular commercial for the Jetta GLI that suggests that the car’s stick shift prevents auto theft. Although news stories about car thefts abandoned because of stick shifts show up on occasion, driving one doesn’t necessarily protect your car from theft. On the other side of the spectrum, you don’t need to pay for a Tesla either to reduce the chances of your vehicle being stolen.

This may come as a surprise, but the top ten most frequently stolen vehicles in Ontario from 2018 aren’t new or almost new vehicles, according to the Insurance Bureau of Canada. In fact, the newest vehicle on the list is from 2012. The oldest? From 2002. This trend doesn’t always hold, however. In 2017, the top two most frequently stolen vehicles in Ontario were from 2015 and 2016.

Why Do Cars Get Stolen?

Generally speaking, thieves don’t target you, they target your vehicle. Why? The Toronto Police website lists the following reasons:

The Toronto Police suggests these steps to reduce the chances of your vehicle being stolen:

You’ll find a number of devices online to prevent auto theft. Here are a few of them: 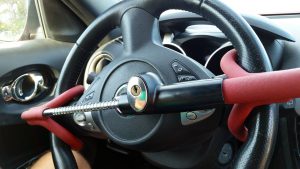 According to a 2016 article in The Atlantic, car alarms simply don’t work; we’ve come to ignore them. A more effective device shuts off the engine when the key isn’t nearby. The Toronto Police website says that

electronic alarms with a kill switch “are the most effective.”

Various locks prevent access to different parts of your vehicle. For example, a steering wheel lock prevents your steering wheel from turning. A hood lock keeps your hood closed, preventing thieves from harvesting parts from your unattended vehicle. An anti-theft brake lock locks down the brake pedal.

Stay Safe, Don’t Approach a Car Thief, and Report Any Theft to Police

If you see your vehicle being stolen, do not approach the thief. There is nothing in your car that is worth getting hurt over. (And if there is, then that’s likely why your car is being stolen in the first place.) Call the police right away and report the theft.

Follow the above tips, though, and you’ll help prevent auto theft of your vehicle.