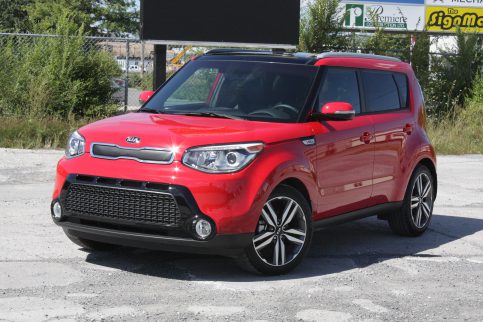 While the 2000s was not an especially memorable decade for the auto industry, it did introduce a handful of short-lived vehicle segments we wish had stuck around.

Among them is this set of practical but weird-looking vehicles: The Scion xB, Nissan Cube, Kia Soul, and Honda Element. The Scion, Nissan, and Kia are classified as small wagons or hatchbacks, but the Element is best categorized as a crossover.

They all had one thing in common: Boxy styling that we think maximized practicality as much as it helped these vehicles stand out at a time when most mainstream vehicles were adopting more rounded shapes. 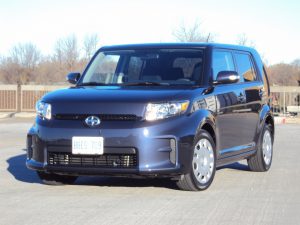 Toyota introduced the Scion brand in 2003 and brought it to Canada until 2010, before discontinuing the line after 2016 due to slow sales. The brand’s quirkiest vehicle was the boxy xB. Only the second generation (2008-2015) was officially sold in Canada, and it’s the version we’re examining here.

Some Scion xB owners started a class-action lawsuit alleging excessive engine-oil consumption. The suit includes a number of cars that use the same 2.4L engine as the xB, including the Toyota Corolla, Matrix and Camry. (https://www.clubxb.com/forums/2nd-gen-2008-scion-xb/64642-there-class-action-lawsuit-pending-excessive-oil-consumption.html ) Toyota issued a service bulletin to address piston rings that don’t form a proper seal with the cylinder wall. Before you start your xB test drive, check the engine oil level. If it’s low, the engine could be among those affected by this issue, which means you’re better off not buying that particular car. A pre-purchase inspection might help settle your concerns.

Here’s a discussion about clutch problems in a manual-transmission xB. (https://www.clubxb.com/forums/scion-xb-performance-tech-help/49639-clutch-problems-please-help.html ) This is not indicative of a widespread issue with this car, but it is a reminder that a clutch can eventually wear out or fail. To evaluate the condition of the clutch in the car you’re test-driving, shift into a high gear (fourth or fifth) at 50 or 60 km/h and then floor the gas pedal. If the engine speed goes up but the car doesn’t accelerate, the clutch is worn. A failing clutch can also cause difficult shifting; the shifter should move easily between gears with no grinding or crunching sounds during moderate acceleration. 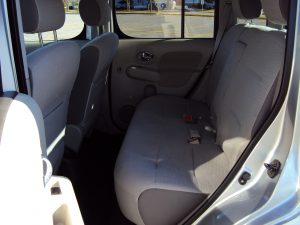 The Nissan Cube was the quirkiest of this group of boxy compacts. Introduced for 2009 and sold through 2013, it came with a side-opening rear hatch and an asymmetrical rear-window design.

Nissan was an early adopter of continuously variable automatic transmissions in many of its vehicles, including the Cube. These are largely reliable but especially sensitive to poor maintenance. Nissan’s CVTs also require the use of a specific type of lubricant. The best bet for a used Cube is one that has been maintained by a Nissan dealer service department to ensure it has received proper care.

We’d also suggest test-driving a Cube at night. The upright side windows reflect light in unusual ways that we found distracting when reviewing the car, and only a nighttime drive will reveal whether you find those reflections distracting.

Kia introduced the Soul in 2010 and redesigned it into a second generation available from 2014 to 2019. Notably, the Soul is the only vehicle of this quartet that’s still in production. Kia added an electric version in 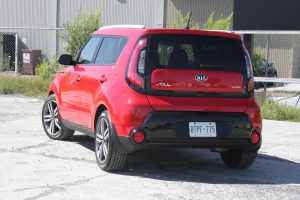 A first-generation car that doesn’t respond to its push-button starter most likely has a faulty brake-pedal interlock switch. To avoid being stranded, hold the start button down for about 15 seconds to start the car until you can replace the part.

In both generations, poor-quality paint appears to chip easily and can result in rust where bare metal is exposed. (https://www.kiasoulforums.com/threads/more-paint-problems.5262/ )

The Soul’s economy-car suspension doesn’t work well with the car’s larger optional wheel sizes, especially in the first-generation model. Our experience reviewing the Soul when it was new lines up with these owner complaints: the 17- and 18-inch wheels can be noisy on rough roads and compromise ride quality. (https://www.kiasoulforums.com/threads/unacceptable-suspension.2190/ )

If your Soul’s rear wiper seems noisy, it’s not in your head: Kia issued a service bulletin for early Soul models for improperly lubricated wiper motors.

Some second-generation Soul owners complain of engine-oil consumption and poor engine performance and stalling, but these do not seem to be widespread problems. Newer Soul models also have direct fuel-injection engines that are apparently sensitive to proper maintenance. Before you buy, verify that the spark plugs are in good shape, and if you don’t know the date of the last oil change, get one done as soon as possible after you buy the car. 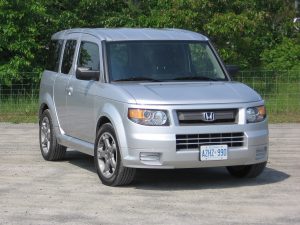 Honda introduced the Element as a 2003 model and discontinued it after 2011. The Element stands out in this crowd as the only crossover: it shared its AWD and mechanical components with the Honda CR-V.

The Element’s two rear seats will form a small bed or fold up against the sides of the cargo area (which, unfortunately, hampers visibility). You can also remove them altogether.

A moaning or groaning noise heard when turning corners in an AWD Element can often be traced to the rear differential. Replacing the gear lubricant in the differential usually fixes the problem, but this is a fix better done sooner rather than later to avoid expensive damage. (https://www.elementownersclub.com/threads/differential-fluid-change-info.29533/ )

When test-driving a used Element, look for cracks in the windshield. They seem to be unusually common in these cars, perhaps because of the steep angle of the front window. (https://www.elementownersclub.com/threads/windshield-issues.4189/ )

On a related note, there are numerous complaints from Element owners of annoying wind noise that crops up after having the windshield replaced. (https://www.elementownersclub.com/threads/windshield-whistle-fixed.54741/ )

Other things to know

Higher fuel consumption: All of these cars share their drivetrains with fuel-efficient compact vehicles, but their boxy bodies are decidedly not aerodynamic. That means they will burn more fuel than the models they’re based on. The difference will be especially noticeable in highway driving, where aerodynamic drag is more pronounced.

Leaky sunroofs: In used models with a sunroof, check the carpets throughout the car for dampness. If you find a wet spot(s), suspect clogged sunroof drains. T 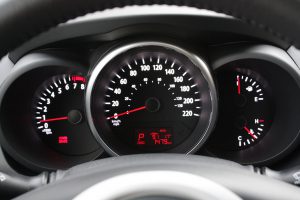 hese small tubes are supposed to channel water away from the roof opening, but can easily become blocked by dirt and debris. The fix is simple — you can use compressed air or a length of wire to ream out the tubes — but a water leak left unchecked can cause rust and mold.

Don’t expect an extraordinary driving experience: When these boxy hatches first arrived in the marketplace, they looked somewhat exotic compared to most vehicles in their respective price ranges. However, all are based on very ordinary cars, so don’t expect the drive to be as interesting as the styling.