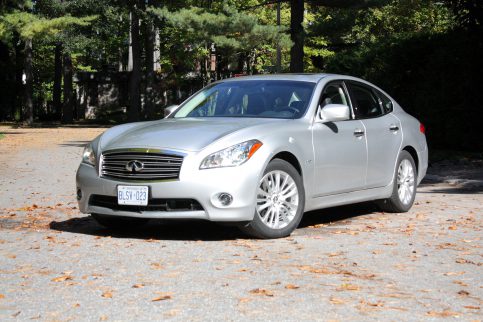 The auto industry is a fickle one. Frequent technology innovations and the changing tastes of car buyers mean a car manufacturer has to work hard to keep its offerings relevant.

In this used-car article, we’re taking a look at a handful of cars that made strong starts but fell into obscurity. You could blame a market dense with SUVs and crossovers for this trio’s lack of popularity, but we think that’s a cop-out. It’s more accurate to say the companies behind these cars misread the marketplace and rolled out designs that were behind the times from day one.

Still, all three have something to offer if you’re in the market for an upscale sedan. Read on to learn what to look for in used examples of these Acura, Infiniti and Lexus sedans. 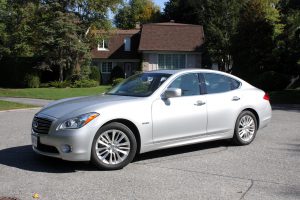 Infiniti redesigned its flagship M sedan in 2011. The M37 used a V6 and the M35h got a hybrid powertrain, while the M56 label denotes a V8. All three engines were carried over when Infiniti renamed this car the Q70 in 2014. That year, Infiniti also made AWD standard except for in the hybrid, which remained rear-wheel drive. In 2015, Infiniti added a long-wheelbase version, called Q70L, to add rear seat legroom.

The most common reliability issue affecting the M and Q70 is that of V8 engine-timing chains that can wear prematurely and stretch. Infiniti apparently issued a recall to replace the worn chains for American owners, but it’s not clear the same coverage was extended to Canadian vehicles. (https://forums.nicoclub.com/official-2011-13-m56-q70-5-6l-timing-chain-recall-discussion-t608895.html ) Among the symptoms of a worn chain is a whining noise from the engine when it’s running. (https://forums.nicoclub.com/2011-m56-engine-noise-t600353.html )

Harsh transmission shifting in early cars could be fixed by this technical service bulletin. (https://forums.nicoclub.com/taking-my-2011-in-for-the-7at-tsb-looking-for-experience-from-others-t604961.html )

A few owners have had to replace the transfer case in AWD models. This doesn’t seem like an especially widespread problem, but one worth knowing about. (https://forums.nicoclub.com/low-pitching-honking-sound-and-tires-slipping-t614907.html )

When shopping, check that the electric steering-column adjuster works. This is a common failure point in Infiniti and Nissan cars. (https://forums.nicoclub.com/steering-wheel-power-tilt-malfunction-11-m37x-t600860.html )

A car that starts and then immediately stalls may have a dirty throttle body. (https://forums.nicoclub.com/help-trouble-with-my-m56-starts-then-shuts-off-t603943.html )

The RLX is Acura’s poshest sedan model. As a mid-size, however, it doesn’t compete with better-known luxury flagships like the BMW 7 Series and Lexus LS. Acura launched the RLX in 2014 with a front-wheel drive 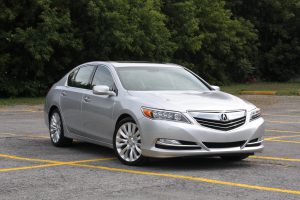 gasoline powertrain and four-wheel steering, and added an AWD hybrid in 2015. By 2017, only the hybrid remained.

Acura issued a service bulletin to address noisy operation of the rear-wheel steering system in front-drive cars. (https://acurazine.com/forums/3g-rlx-problems-fixes-432/paws-actuator-noise-rear-suspension-917262/ ) Here’s a disconcerting discussion about rear-wheel steering that activates on its own when the car is driving in a straight line. (https://acurazine.com/forums/3g-rlx-problems-fixes-432/2015-paws-rear-wheels-change-direction-while-car-driving-straight-955101/ )

Lexus introduced the fourth generation of its mid-size GS sedan in 2013. It was offered as the GS 350, with a gasoline V6, or the hybrid GS 450h, which combined a V6 with electric power. A high-performance, V8-powered GS F variant arrived in 2016. GS 350 models could be optioned with AWD, until it became standard in 2018. GS 450h and GS F versions are RWD-only. 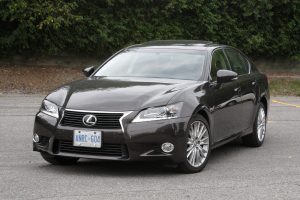 Rattling and clunking sounds are common complaints from GS owners. This discussion details how to get rid of those noises. (https://www.clublexus.com/forums/gs-4th-gen-2013-present/872207-moonroof-rattling-clunking-here-s-the-fix.html )

Here’s a chat about a whistling noise that has driven some GS owners up the wall. (https://www.clublexus.com/forums/gs-4th-gen-2013-present/787568-help-me-identify-this-noise-recording-included-2013-gs350-awd.html )

Some owners feel the GS’s steering is too susceptible to a phenomenon called “bump steer.” (https://www.clublexus.com/forums/gs-4th-gen-2013-present/843714-movement-all-over-the-lane.html )

Whether you buy a gasoline or hybrid-powered version of one of these cars, strange electronic behaviour can often be traced to the 12-volt battery. That’s the toaster-sized battery that’s part of the electrical system of every modern car.

In a gas-powered model, its main job is to run the engine’s electric starter. In a hybrid, it powers the computer controls that boot up the more complicated gas-electric powertrain. Even if the battery has enough power to start the car, lower-than-normal voltage can create all kinds of drivability problems like the ones discussed above.