Car Reviews and Tips » 5 Tips to Maintain Your Exotic Car 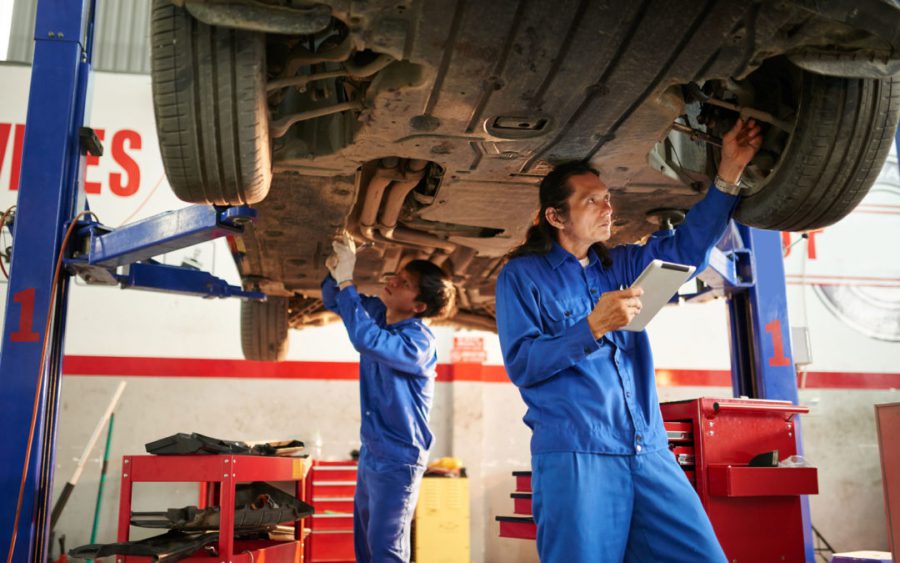 Bill Sanderson bought his first car—a Nissan 240SX—before he had a license. But it wasn’t to drive. He wanted to repair it and add performance modifications to it. Now, over a decade later, he’s a licensed technician who specializes in repairing and servicing European and exotic cars in Canada. He owns Garage Auto Sports in Newmarket, Ontario, and shared a few maintenance tips with us.

Tip 1: Stay on Top of Your Oil

Although Sanderson says an annual oil change is acceptable, semi-annually is preferred, because the vehicles sit for so long. The lack of use can cause fuel ingress into the oil, and that will cause wear on components faster.

Tip 2: Manage Your Other Fluids

Your vehicle will come with a suggested schedule for maintenance based on both kilometers and time. “You should always stick to the time more than anything,” Sanderson suggests. For example, brake fluid accumulates moisture as it sits around, so change it every two years. Change coolant at the same time.

Tip 3: Hook up Your Exotic Car to a Battery Maintainer

“Battery maintainer is a must,” Sanderson advises. “Everyone who owns a car that is not being daily driven should own a battery maintainer of some sort.” He says it should be labeled “smart” or “intelligent.” Keep your car plugged into it when not in use, because if your battery dies, Sanderson says it can cause major electrical problems.

A battery maintainer will set you back about the same price as a battery, but aim for one that costs between $150 and $250. “That’ll give you the functions that you want. Intelligent battery monitoring, automatic switch between trickle and charge, as it needs it. They have processors inside them that’ll actually extend the battery life.”

Tip 4: Be Mindful of Manufacturers’ Wording

Your vehicle may come with a lifetime guarantee of some sort, e.g., lifetime transmission fluid. But lifetime doesn’t mean from the car’s first day on the road to its burial in a junkyard; it means the length of the warranty. So whether that’s 80,000 km or 100,000 km, pay attention to that detail. “The lifetime of a vehicle is the warranty period. Not a day longer,” Sanderson says.

This especially becomes important if your vehicle is older and past its warranty period. Sanderson couldn’t emphasize enough during our conversation how important maintaining your car’s fluids is.

Sanderson suggests having your technician inspect your exotic car while you’re getting its oil changed. However, this means taking it to a licensed technician who specializes in these special vehicles and not to a local shop that does only oil changes.

“Trust your shop, trust the technician you’re going to,” he says. “And if you can’t feel you can put your trust in someone that you are going to, maybe it’s time to find someone you can. Because it’s not a small investment.”

Aside from the usual spring cleaning of any vehicle (though your exotic car likely doesn’t have children’s seats in it), exotic cars need extra care. You’ve put all this money into the vehicle. Proper care means you’ll be able to enjoy it for years to come.