Car Reviews and Tips » What’s in a Car’s Name? The Longest-Running Nameplates in Canada 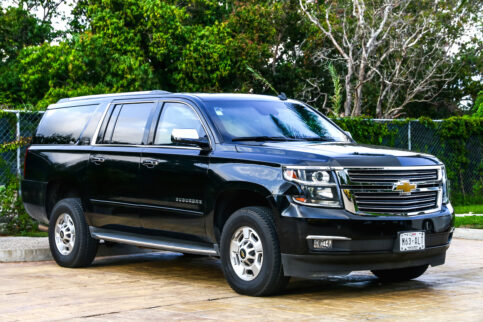 Some cars have unique names that are instantly recognizable. These names are not just decided overnight: car manufacturers spend tons of money in product planning with each vehicle to develop names that match concept and appeal to consumers. Some nameplates that are really well known don’t last due to a myriad of reasons, but some have just what it takes to last almost a century on sale. Let’s look at five of the longest-selling nameplates in Canada.

The Toyota Corolla was introduced to Canadians in 1966 as a compact and fuel-efficient answer to rising gas prices. Within eight years, the Corolla became the best-selling car worldwide. It was built in Cambridge, Ontario, at Toyota Motor Manufacturing Canada from 1988 until 2019, when production moved to the U.S. In 1997, the Corolla surpassed the Volkswagen Beetle as the bestselling nameplate in the world.

Ford introduced the Mustang in 1964. This iconic coupe is synonymous with young adult rebellion years. According to Ford, the 1965 Ford Mustang launch was their most successful since the Model A in 1927. The success of the vehicle led other manufacturers to create rival vehicles in the next couple of years: the Dodge Challenger and Chevrolet Camaro.

The Corvette was first unveiled as a concept car in 1953, but with such positive feedback from consumers about the concept, they put it into production. Only available in convertible form, three hundred of them were hand-built in pearl white for the 1953 model year. In 1954, Chevrolet added blue, red, and black to the colour options. The year 1955 saw the addition of a V8 model that quickly became the most popular engine.

The Ford F-Series was introduced for the 1948 model year as a replacement for the car-based pickup truck that Ford previously manufactured. It wasn’t until 1953 that Ford started naming the F-series with three numbers. In 1953, it was F-100. The F-Series, better known today as the F-150, is the best-selling vehicle in Canada. It also held its spot in 2020 as the best-selling truck in Canada for the 55th consecutive year.

The Chevrolet Suburban was introduced in 1935 as a station wagon body on a half-ton truck frame, which is essentially what it still is today. However, it has grown a lot since the first generation. Nicknamed the Carryall Suburban by Chevrolet, it was destined to haul families and their gear when it was first introduced over 80 years ago. The design of the suburban in the 1950s would inspire a retro-looking hatchback called the HHR in the early 2000s. For its twelfth generation, the Suburban now comes with independent rear suspension, giving it a more car-like ride compared to its truck siblings.

Each of these vehicles is unique in its own way, which has helped them sell for so long. These may be long-running nameplates, but the manufacturers have invested time and money to update these vehicles so that they are always better for consumers. This way, they can sell for another 70 years.