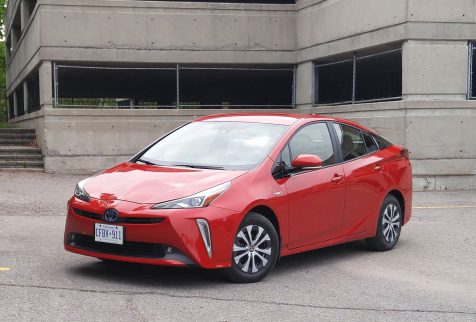 If you’re the type of driver who tries their best to buy one car and keep it for longer than a decade, what car should you buy? Every year, iseecars.com, an automotive research firm, releases results of the cars that have been kept the most by a single owner for at least 15 years. On the new car end of the spectrum, Consumer Reports releases its predictions for which new cars will likely prove the most reliable In this blog post, we’ll cover the results from their most current report and also add in what Consumer Reports has reported on.

What Brands Had the Most Loyal Owners in 2020?

Here are the top five brands people kept for 15 or more years and the percentage of these vehicles that were kept by the original owners:

The average percentage for all cars in the study whose owners kept the same vehicle for 15+ years is 6.1%.

What Cars Are the Most Reliable?

The 2020 report by iseecars.com analyzed data from over 660,000 cars with model years between 1981 and 2005 that were sold in 2020. In short, Toyota cars held seven of the top 10 spots in the list: the Prius, Highlander, Tacoma, Sienna, and Tundra held the top five spots, in that order. The next three most reliable cars were the Honda CV-V and Pilot and the Subaru Forester, in that order. The vehicles in spots #9 and #10 were the Toyota 4Runner and Sequoia.

Consumer Reports’ Opinion on the Most Reliable Cars

Working from the other direction, namely, new cars, Consumer Reports reported at the end of 2020 their predictions for the 10 most reliable cars in 2021, based on data they collected on 329,000 vehicles. The consumer advocacy organization studies 17 areas ranging from small issues such as squeaky brakes and broken interior trim to big problems such as transmission repairs that fall out of warranty or malfunctioning four-wheel drive systems. They weigh the severity of each kind of problem and create what they call a predicted reliability score out of 100.

These are Consumer Reports’ top 10 most reliable cars, all 2021 models:

What Car to Buy?

Whereas iseecars.com evaluated cars that have already been owned for 15 or more years, Consumer Reports predicted which cars would cause the least amount of trouble, meaning you can assume they’re keepers, too. Although Consumer Reports does reliability reports for three- and five-year-old models, their studies aren’t as extensive as the iseecars.com studies are. That being said, if 13.7% of Toyota Prius owners kept their vehicle for at least 15 years, 86.3% did not.

Buying a car takes time and research. Don’t rush into such a huge purchase decision: do the homework and find the car you believe will stick with you the longest and serve your needs the best.