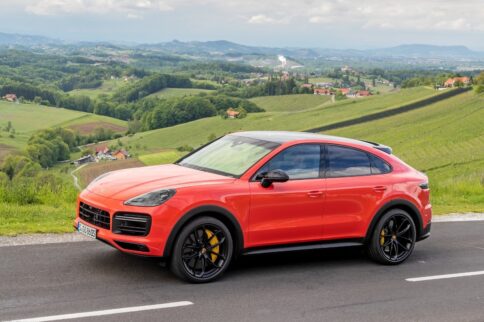 The proliferation of SUV models in today’s marketplace means there’s one out there to suit almost anyone’s needs. This is especially true in the luxury categories, where many upscale automakers now offer crossover coupes that share their rugged drivetrains with SUVs but look sportier.

Most of the mid-size SUV/crossover coupes come from German luxury brands, but Acura briefly offered one in the 2010s called the ZDX.

Here’s what to watch for when you’re shopping around for a used SUV coupe.

BMW introduced the X6 in the late 2000s as a sportier version of the X5 SUV. The current, third-generation model arrived in 2020 as the xDrive40i with a 3.0L turbo six-cylinder engine (earlier six-cylinder versions were called xDrive35i) and the xDrive50i with a turbo V8. At the other end of the spectrum is the high-performance X6 M, which is powered by a more powerful V8.

If you’re looking for a used X6 xDrive40i or xDrive50i, here’s what to watch out for.

The X6’s turbocharged engines are good candidates for a performance boost via aftermarket software updates. You would be wise to avoid a car with such a modification, as it can void any remaining warranty coverage.

During your test drive, listen for any sounds that seem out of place in a luxury vehicle, like creaks/rattles, buzzes, or excessive wind noise. You’ll find a number of such complaints in this discussion.

Pull into a parking lot or another safe place to stop, and put the X6’s transmission in reverse to make sure the backup camera works and that you don’t experience the problem discussed here.

Run the climate control system through its full range of settings to make sure everything works as it should, as some owners report inadequate cabin cooling in hot weather. With the car parked, spend some time using the iDrive infotainment system, watching for any slow responses, a screen that goes blank, or a system that reboots on its own.

When shopping for a used X6 M, watch out for the effects of excessive heat in the engine bay. Check the status of a coolant pump dedicated to the turbochargers click here. Also check for oil leaks and know that some owners complain about engine oil consumption.

The Mercedes-Benz GLE Coupe was a new model for 2016, when Benz redesigned and renamed its mid-size luxury SUV, previously called the M-Class. Power options included a 3.0L turbo V6 in the GLE 450, a 5.5L V8 in the AMG GLE 63, and a 3.0L diesel for the GLE 350d. All-wheel drive is standard. Most models use a nine-speed transmission, while AMG 63 models get a seven-speed. By 2022, the diesel was gone, and Mercedes had added an AMG GLE 53 model with a more potent version of the GLE 450’s turbo V6.

When you put the GLE’s transmission in park or shut the engine off, the electric parking brake should set automatically. In this discussion, an owner says they experience a jerk when the brake disengages, which is not normal. When parked, use the parking brake button repeatedly to make sure the brake engages and disengages smoothly and holds the car safely, find more info here.

If the air conditioning system emits a smell like dirty socks when you turn it on, suspect mould buildup in the evaporator, a radiator-like part located behind the dashboard. That can be caused by a blocked drain.

As with the BMW X6, listen for noises out of place in an expensive upscale vehicle, especially if the sound seems to be coming from a mechanical component. In this discussion, a minor ticking sound ended up being caused by a loose bolt on the transmission. And in this case, a strange sound at engine start-up could be the result of a faulty timing-chain tensioner.

The Cayenne Coupe joined the Porsche lineup in 2020, a year after the company redesigned its mid-size SUV into its third generation. Cayenne Coupe engine options range from a 335-hp turbo V6 to a 670-hp plug-in hybrid V8, all of which come with an eight-speed transmission and AWD.

As we write this, the Cayenne Coupe is still quite a new vehicle, so there isn’t a lot of used-vehicle reliability detail to be found.

Here’s a discussion about poor output from the Cayenne’s air conditioning system, and another about a vibration while driving.

In this thread, Cayenne owners discuss what annoys them about the car’s fuel-saving auto start/stop system.

Audi introduced the Q8 in 2019 as its flagship SUV model. The base package uses a 3.0L mild hybrid turbocharged V6 engine, an eight-speed transmission, and AWD. An SQ8 performance variant arrived in 2020 with a 3.0L turbo V8.

Audi developed a software fix to address poor throttle response after the auto start/stop system turns off and then restarts the engine at low speeds. Here’s a thread about a seemingly similar complaint about erratic brake feel.

This Q8 driver says their smartphone gets very hot and won’t stay connected to the car when using Apple CarPlay and this Q8 owner started having problems after their subscription to AudiConnect expired.

Audi issued a service bulletin after Q8 owners complained of creaking and/or snapping sounds from the car’s roof.

Acura added the ZDX to its lineup in 2010 as a sleeker derivative of the MDX SUV. It’s powered by a 3.7L V6, a six-speed automatic transmission, and AWD. The ZDX lasted until 2013, after which Acura discontinued it due to slow sales.

You can read more about the problem here.

A low oil-pressure warning is often caused by a bad sensor, rather than an actual mechanical problem. This 2011 service bulletin describes the fault.

A bad air-conditioning clutch relay could be responsible for air conditioning that doesn’t work and causes the battery to run down while the car is parked.

Many owners complain of malfunctioning stereo systems, with the CD player and navigation systems being the worst culprits. More owners mention power mirrors that stop working and/or get stuck.