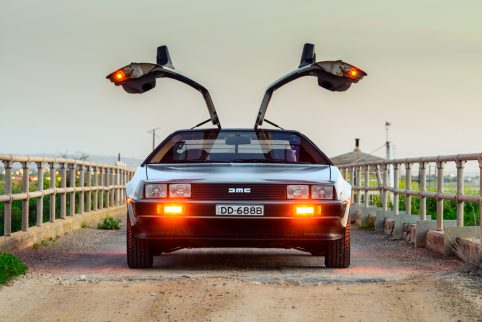 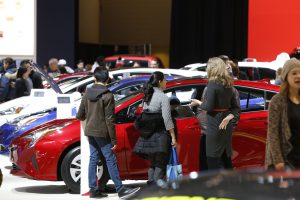 The OBLIVION car show launched in Milton in 2018 and will be part of the Toronto auto show for the first time in 2020. OBLIVION was founded by Justin Sorkraj, the owner of Wells Auto, a dealership and repair shop in Milton that specializes in the DeLorean.

A celebration of the 80s and 90s, the car show will include replicas of the DeLorean time machine from Back to the Future and the 1982 Pontiac Firebird Trans Am that was K.I.T.T. in the television series Knight Rider.

Jason Campbell, general manager of the auto show, says on the show’s website, “The ’80s and ’90s are an important up-and-coming era in the collector market. It is going to be a great addition to what we offer at the AutoShow.”

You can also see what’s being billed as the world’s most exclusive Bugatti. Brought to the auto show by Bugatti Toronto and Grand Tour Automobiles, La Voiture Noire is a modern re-interpretation of the Type 57 SC Atlantic. Powered by a 16-cylinder engine that kicks out 1500 horsepower, power is this car’s legacy: The original Type 57 SC Atlantic could already reach 220 km/h 80 years ago.

Before the Show Starts: The Automotive News Canada Congress

The fourth annual Automotive News Canada Congress takes place on February 13—the day before the auto show starts. It focuses on auto makers, their original-equipment suppliers, and franchise car dealers through a Canadian lense.

The Congress starts at 11:30 AM with a buffet lunch and networking opportunity. Don Walker, the chief executive officer of Magna International, gives the first talk. The afternoon includes a retail panel, talks by different auto makers in Canada, more opportunities for networking, and at 5:30 a closing reception. 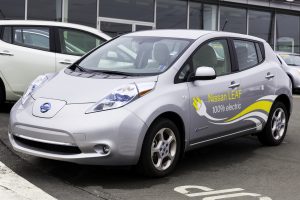 For the fourth year in a row, the Canadian International AutoShow is offering EV test drives. Interested? You’ll be able to choose from 24 vehicles and test yours on Toronto’s streets. The auto show says that that’s an increase of 33% over last year. In addition, the auto show reports that almost 4 in 10 early bird ticket buyers said that exploring electric vehicles was their primary reason for attending the show in the first place.

But That’s Not All…!

I’ve only scratched the surface of what’s all happening at the 2020 Canadian International AutoShow. Here are a few more highlights:

Get full details on the Canadian International AutoShow’s website.