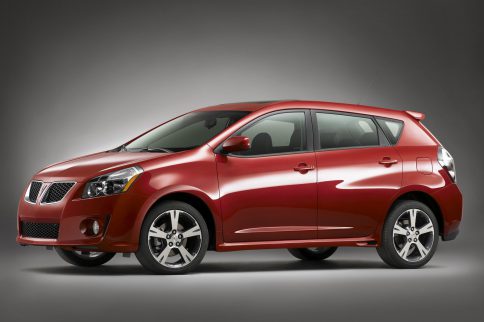 Using one vehicle platform to underpin different models is not a new practice in the auto industry. It gives a car maker a common starting point for a variety of vehicles and reduces R&D costs.

A single platform might be used by different brands owned by the same parent company. Sometimes, companies with no corporate links collaborate to create a platform they can share. One of the best-known current examples of this practice are the Toyota Supra and BMW Z4. These two sports cars have a lot in common despite being aimed at different types of buyers.

Frequently, though, platform sharing is used to create two vehicles whose only fundamental difference is in their names. In these cases, the two cars or trucks often compete directly against each other. In theory, it’s a move that seems like it would negatively affect sales for both brands involved. In practice, the strategy works well for a number of mainstream brands looking to cut their vehicles’ design and production costs.

Read on for a high-level guide to shopping for a few of the auto industry’s most common — and most obvious — examples of platform sharing. 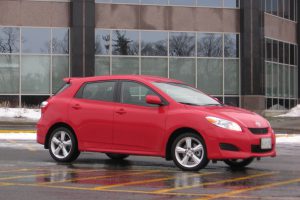 Toyota and General Motors have a decades-long history of working together on compact cars. It started in the mid-1980s when Chevrolet sold renamed Toyota Corollas as the Chevrolet Nova and Geo Prizm.

The final pair of vehicles the companies collaborated on were the Toyota Matrix and Pontiac Vibe compact hatchbacks. Despite minor exterior and interior styling differences, the two cars were mechanically identical.

Cars like the Toyota-based Nova, Prizm, and Vibe are what the auto industry calls captive imports: cars designed by an import brand but sold by a domestic automaker’s dealers to appeal to buyers who might not otherwise consider a domestic-branded vehicle. In this case, the Toyota/GM agreement allowed the American company to take advantage of Toyota’s reputation for highly reliable vehicles.

Predictably, there are not many common issues to watch for in these Toyota-engineered cars. Some owners complain of paint that chips easily, which could lead to rust. When driving, listen for a squealing sound from the engine accessory drive belt; it’s sometimes a sign of a worn belt tensioner pulley. Finally, during your test drive, pull off the road and turn the engine off, and then start it again, watching for signs of an engine that does not want to re-start. 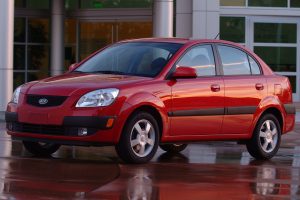 The Accent is the better-known of these two models: it dates back to 1995, while the Rio arrived around the 2000 model year. Those early cars were unrelated, but the second-generation Rio that debuted in 2006 shared its underpinnings with the third-gen Accent that made its entrance the same year. That close relationship between the two subcompacts has persisted through two subsequent generations of each model.

Watch for body rust in early cars, and pay attention to the transmission’s operation. Automatics are known for rough shifting, and clutch failures in stickshift models are common as the cars age. An engine that doesn’t start on the first try and/or runs poorly may need new ignition coils. 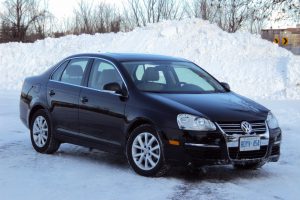 The Golf hatchback (nee Rabbit in North America) is the older of VW’s mainstream, front-engine compact cars. Though there have been some differences between the two cars’ chassis in recent generations, the pair share the same basic platform.

The Golf and Jetta are infamous for their implication in the VW diesel emissions scandal of the mid-2010s; any diesel model you find on the used market is not quite the car VW advertised when it was new. Some have been modified to run more cleanly, but these changes affect the engine’s performance.

Cars with the diesel or turbocharged gas engines are known for fuel pump problems, as well as icing intercoolers that can cause water to be sucked into the engine.

Some Golf and Jetta models use a high-tech dual-clutch transmission that, in rare cases, may shift into neutral without warning, even though the shifter display still shows the car being in gear. That transmission is also more expensive to maintain than VW’s more traditional automatic and manual transmissions. 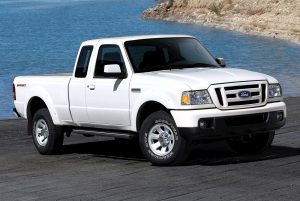 The Ranger and B-Series pickup trucks are the most obvious siblings in this article. The Mazda version stands apart only in its name and minor styling differences. Most common on the used market are third-generation models, which went on sale around the 2000 model year with a choice of four-cylinder or V6 engines, and rear- or all-wheel drive.

These are simple, durable trucks whose common issues are easy to diagnose. An automatic transmission that slips when shifting between second and third gears may need to be rebuilt, or could be fixed with a new valve body gasket.

In 4×4 models, the electronic actuator for the transfer case can get stuck, but repairing it is a relatively easy do-it-yourself job.

During your test drive, inspect the truck for radiator leaks, and while driving, listen for moaning or groaning noises that could indicate a worn wheel bearing.