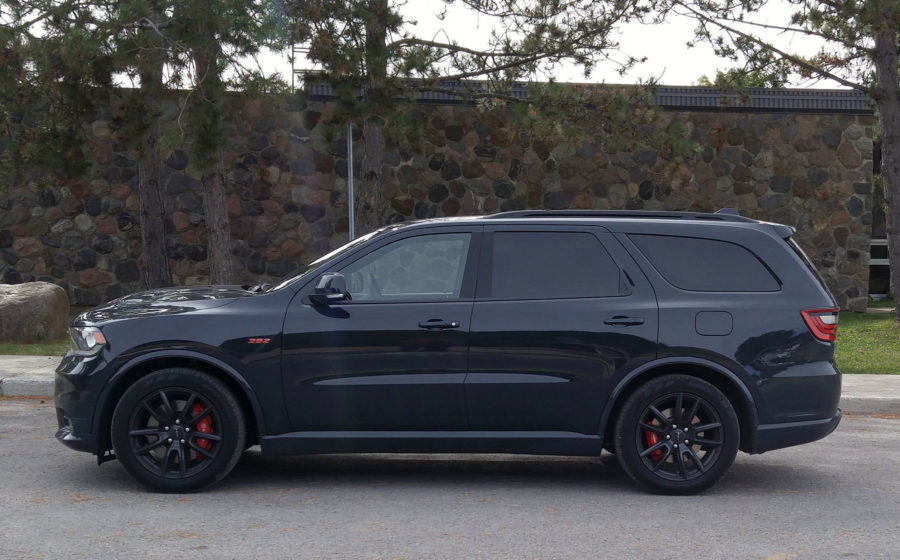 The hard part about reviewing yet another SUV is figuring out what makes it stand out in a marketplace full of them. SUVs and crossovers are the current darlings of family transportation. Deciding what makes one vehicle better for that purpose than another can be a challenge, even for an experienced car reviewer.

But that task is made a lot easier when it comes to the Dodge Durango SRT, a hot-rod version of the brand’s mid-size SUV. The Durango starts out with mainstream V6 and V8 engines. However, the SRT uses a big 6.4L V8 with 475 hp and 470 lb-ft of torque.

The Dodge Durango SRT isn’t the first performance SUV from parent company Fiat Chrysler Automobiles. The Jeep Grand Cherokee SRT is the original, and the Durango SRT shares its engine with that Jeep. Dodge also uses this engine in the Challenger and Charger cars.

Dodge fitted our test vehicle with a leather-trimmed dash and carbon fibre trim for $3,250, and a technology bundle (adaptive cruise control, forward-collision warning with automatic braking and lane-departure alert with lane-keep assist) for $950. Those extras turned our Durango SRT into a roughly $78,000 vehicle.

But those three vehicles are five-seaters. Mercedes-Benz’s three-row GLS 550 makes 449 hp for nearly $111,000. If you want to get really serious, the Mercedes-AMG GLS 63 makes 577 hp for $140,000. Those Mercedes machines aren’t built for track handling the way the Durango SRT, Grand Cherokee SRT and Cayenne are.

If your goal is to move six people while scaring the bejeezus out of them, there are not many vehicles that will do it better than the Dodge Durango SRT.

If don’t need three rows of seating, the Jeep Grand Cherokee SRT projects a more upscale image at a similar MSRP. And if the Durango SRT’s performance seems like overkill, the R/T model is still a strong performer with a smoother ride and a more accessible price.