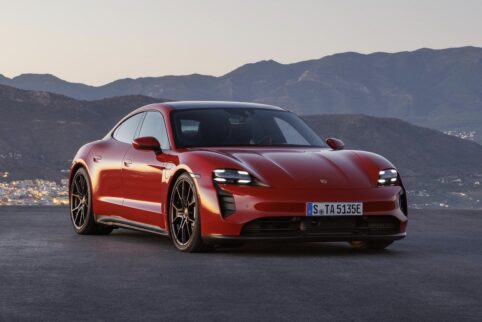 Import brands have dominated news headlines over the last few weeks with announcements of new and updated models set to arrive in Canada through the first half of 2022.

Here’s a quick overview of what to expect from Acura, Mazda, Porsche, Subaru, and Toyota in the coming months.

In January 2022, the all-new Mazda CX-50 will be the first vehicle built at a Huntsville, Alabama factory the company has opened in collaboration with Toyota.

The CX-50 will be aimed at buyers seeking a vehicle that can handle some light off-roading. To that end, Mazda has tweaked its 2.5L four-cylinder engines and six-speed automatic transmission to improve driver confidence when driving up steep inclines, and there will be new drive modes conceived for venturing beyond paved surfaces.

Mazda says the CX-50 will use naturally aspirated and turbocharged 2.5L engines – likely the same ones that generate 187 and 250 hp, respectively, in the CX-5. A six-speed automatic transmission and AWD will be standard. Mazda says it will eventually add electrified powertrains, but offered no more details other than to confirm there will be a conventional gas-electric hybrid.

Bolstering the CX-50’s rugged image is chunkier styling than we’re used to from Mazda. High-strength roof rails and a reinforced B-pillar are there to add adventure-ready rooftop cargo capacity.

The similarity in size between the CX-50 and CX-5 makes us think this new model will eventually become Mazda’s sole entry in the compact crossover class, as the current CX-5 is smaller than some of its key competitors. Mazda has not said when in 2022 the CX-50 will go on sale, or whether it will be sold as a 2022 or 2023 model.

Next year, Acura will bring back the Integra name for an all-new compact car model to replace the aging ILX sedan.

The five-door hatchback Acura revealed on November 11 is officially a prototype, but Acura and its Honda parent have a reputation for not changing much between prototype and production, so don’t expect the new Integra to look very different when it goes on sale in the first half of 2022.

Acura has not divulged the Integra’s performance specs, but did say the car will be powered by a 1.5L turbocharged four-cylinder engine, a six-speed manual transmission, and a limited-slip differential. That’s the same combination of dirty bits used in the 2022 Honda Civic Si, which gives away the fact that this Integra, like past cars using the name, will be a dressed-up version of the Civic’s sport compact configuration. Unlike the Civic Si, the Integra will probably also offer a continuously variable automatic transmission.

Therefore, look for at least 200 hp and 192 lb-ft of torque (which is what the Civic Si boasts), or a little more power if Acura wants to differentiate the Integra from the Civic.

This week, Subaru and Toyota revealed the fruits of their latest collaboration, a pair of compact electric crossovers called the Solterra and bZ4X that will go on sale in 2022 as the first pure BEV model for each brand.

Like the previous cars these two brands worked on together (the Subaru BRZ and Toyota 86 sports cars), the Solterra and bZ4X don’t do much to hide their close ties, with styling differentiated by small details.

At this point, neither automaker has confirmed how much driving range their new models will have. Toyota Canada estimates range of up to 400 km for the bZ4X, while Subaru says the Solterra should be good for a bit more than 350 km. The reason for the discrepancy is that the Subaru Solterra will come standard with a dual-motor AWD powertrain while Toyota’s offerings will begin with a more-efficient front-drive model.

In both the Subaru Solterra and Toyota bZ4X, AWD models will produce 215 hp, while the Toyota’s front-drive model will be good for about 200 hp. In either car, DC fast charging will charge a spent battery to 80 per cent in less than an hour.

Nissan just redesigned its Rogue for the 2021 model year, but the popular compact crossover is getting another significant update for 2022: Starting early next year, Nissan will begin offering a new turbocharged 1.5L three-cylinder engine as an option.

The new engine is based on the 2.0L turbo four-cylinder that comes in the Nissan-built Infiniti QX50 luxury crossover. It adopts the Infiniti’s variable compression technology to help it generate impressive power and what Nissan promises will be best-in-class AWD fuel economy.

When the 2022 Nissan Rogue goes on sale early next year, the 1.5L engine will be standard in SV trim and higher, while the old 2.5L will remain the base engine in the Rogue S.

In spring 2022, Porsche will introduce the Taycan GTS, the third distinct version of its Taycan electric performance car.

With 590 hp, the Taycan GTS fills a gap between the 522-hp 4S and the 670-hp Turbo model, and can scoot from 0-100 km/h in 3.7 seconds. The new GTS also benefits from a Porsche Active Suspension Management tailored specifically to the car, and can be optioned with a trim-specific four-wheel steering setup.

The Porsche Taycan GTS also introduces a new panoramic roof with sunshine control to the lineup. It uses glass that incorporates a liquid crystal film to turn the roof from clear to opaque at the press of a button to reduce glare. The roof’s nine different segments can also be controlled individually, which Porsche calls an industry first.

Taycan GTS pricing starts at $150,100 in sedan form. Also available will be a $152,700 Sport Turismo wagon variant, which is distinct from the Cross Turismo models offered in the Taycan’s other trims, lacking those cars’ crossover-like styling elements.