Car Reviews and Tips » Most and Least Reliable Brands 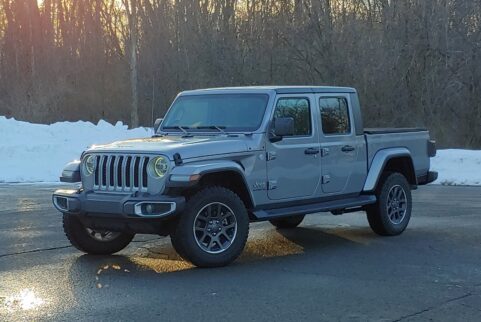 This annual evaluation is based on data that CR collects in its survey of owners. Those drivers are asked to rate how satisfied they are with 17 different vehicle systems including the engine and transmission, brakes and suspension, body build quality, electrical equipment, and in-car electronics.

CR then scores each model’s reliability on a scale of 0 to 100 and considers scores between 41 and 60 to be the industry average. A vehicle’s predicted dependability rating is a blend of how it has performed in past years and survey responses for the newest model year.

This year, Mazda moves up one spot to displace Lexus as the most reliable brand, with an overall score of 83 and five models scoring 80 or higher. That includes a 98 for the MX-5 roadster, making it the second-best individual model in this year’s ratings. It was followed by the CX-30 and CX-3 subcompact crossovers (scoring 95 and 87, respectively), the CX-5 compact SUV (85) and the Mazda6 family sedan with a score of 80/100.

Japanese juggernaut Toyota also moves up one place this year to finish second, with a score of 74. The Prius and Corolla are Toyota’s top two models, scoring 93 and 90, respectively. Next up are the plug-in Prius Prime (88), Camry (83), 4Runner SUV (81) and Tundra full-size pickup (80). The biggest surprise is the RAV4 compact SUV’s score of just 49/100, indicating Toyota has yet to nail down the quality of this Canadian-made vehicle, which it redesigned in 2019.

Lexus falls two places after being named last year’s top brand by the CR reliability assessment. Its most reliable models are the UX and NX compact crossovers (95 and 91, respectively), and the GX mid-size SUV, with a score of 90.

The Canadian-built RX mid-size crossover finishes at 74/100, and the ES luxury sedan earned a score of 65. Lexus’s poorest result goes to the LS flagship luxury car, which is rated just 13/100.

General Motors’ Buick brand takes home this year’s most-improved prize, moving up 14 places to finish fourth overall. The brand has made a successful pivot from traditional sedans to crossovers, highlighted by the subcompact Encore’s score of 91/100. The mid-size Enclave finished with 50/100.

A top-five finish based on just two models seems sketchy at first glance, but they comprise two-thirds of Buick’s lineup. Their other vehicle is the Envision compact crossover, for which Consumer Reports didn’t have enough data to rate.

Honda moved up seven spots in Consumer Reports’ 2020 reliability ratings to finish in fifth place. The brand’s best model is the HR-V subcompact, which scored 90/100. Honda’s strong finish was bolstered by a pair of well-done hybrid models: the Civic-based Insight compact (86/100) and the mid-size Clarity plug-in hybrid (85).

This year’s top-ranked Korean brand is Hyundai, whose middling result was helped by its Kona subcompact crossover (87) and Tucson compact SUV (78). The Kona has been in showrooms since 2018, and the Tucson was redesigned in 2016.

Ram is best known for its full-size pickup truck models. The heavy-duty 2500 model scored an impressive 82/100, but the more common light-duty 1500 weighed the brand down with a score of 34. Ram redesigned both trucks for the 2019 model year.

Subaru’s placement in this year’s contest, down one spot compared to 2019, was buoyed by its small crossover models: The Crosstrek and Forester scored 78/100 and 77/100, respectively. The Crosstrek was redesigned in 2018, and the current Forester came to market in 2019.

Subaru’s Outback and Legacy models finished at 60 and 59 (both were redesigned for 2020), followed by the Impreza compact car at 52/100. The Ascent mid-size SUV has failed to take the company to new heights since its 2019 introduction, scoring just 18/100.

Given the popularity of luxury SUVs, we’re not surprised that Consumer Reports only had enough data to rank Porsche’s crossover models. The mid-size Cayenne finished at 55/100, with the compact Macan following close behind at 54. Porsche fell five places in this year’s overall ratings.

Dodge falls two spots this year to finish in 10th place. Its score is an average of the individual ratings for the two models Consumer Reports had sufficient data to rank: The Challenger muscle-car coupe earned a score of 91, while the Durango mid-size SUV finished with 16/100. Dodge’s only other current model is the Charger sedan, which is mechanically similar to the Challenger.

The Jeep Gladiator pickup boasts this year’s top individual score for predicted reliability, at 99/100. That’s an impressive feat for a model that was brand-new for 2020. Surprisingly, the Wrangler SUV with which it shares much of its mechanical DNA scored just 27/100. Audi’s 14th-place overall finish (46/100) is nothing special, but its A4 and A5 compact car models both did well, with matching scores of 86/100.