Car Reviews and Tips » Is Acura Moving Away from ICE Vehicles? 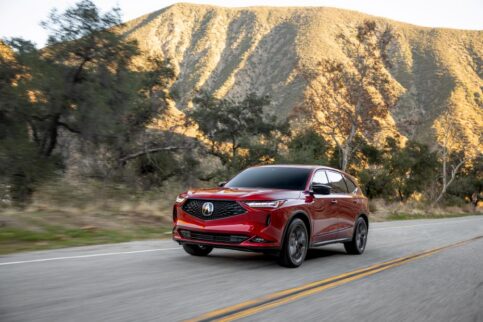 Back in May, a story broke that the Integra 2023 would be Acura’s last vehicle with an internal combustion engine. Is Acura actually moving away from ICE cars? We cover everything in this article.

What Is an Internal Combustion Engine?

Combustion involves releasing energy by mixing fuel and air. In the case of an internal combustion engine, an internal heat source is used.

For key-operated vehicles, we often talk about “putting the key in the ignition.” By turning the key, we turn on the ignition, which ignites the fuel and begins a process that combines air and gas in our engine. Through a series of mechanical processes, this chemical process turns the wheels under our car.

The Integra is synonymous with Acura: it helped launch the brand in 1986 and continued over four generations, receiving its last major update in 2006. It is the only car in its segment, according to Acura, that comes with a 6-speed manual transmission.

Over a year before this miscommunication on the Integra 2023’s status, Honda, Acura’s parent company, released its electric vehicles sales targets. The Japanese automaker plans “to make battery-electric and fuel cell electric vehicles to represent 100% of its vehicle sales by 2040, progressing from sales of 40% by 2030 and 80% by 2035.”

This is close to the Canadian government’s goal for all new cars be zero-emission by 2035.

By the second half of this decade, Honda plans to launch a series of new EV models based on what they call e:Architecture, “a completely new EV platform led by Honda,” according to the company’s April 2021 press release. The company will release these models first in North America and then to other regions to encourage more people to consider switching to an EV.

Honda will use GM’s Ultium batteries to power the electric engines in these first models.

On August 17, 2022, Acura Motorsports unveiled its electrified ARX-06, a hybrid endurance race car. Motorsports enthusiasts can catch it in action next January at the Rolex 24 at Daytona.

At Monterey Car Week a day later, Acura unveiled the Precision EV Concept, intended to be zero-emission. Inspired by luxury Italian power boats, the concept is the culmination of Acura’s focus on performance through design. It includes a range of autonomy features, from full control to fully autonomous.

According to John Bordignon, a public relations representative with Honda Canada, Acura will enter the electric vehicle market in 2024 with a performance SUV called the Acura ZDX. It will be the company’s first zero-emission SUV.

“Over the next 10 years,” John said, “Honda will allocate approximately $50 billion CDN for electrification and software technologies to accelerate its electrification goals.” This includes research and development strategies to continually expand and improve their EV fleet.

Summing Up the Acura Story

So, no, Acura did not confirm that the Integra 2023 will be the automaker’s last internal combustion engine vehicle. The original story appears to have been based on a quotation taken out of context. However, Honda does plan to become a fully electrified brand by 2040 and be 100% carbon neutral by 2050, and Acura plans to launch 30 EV models by 2030, producing over 2 million units each year. As part of their preparation to achieve these targets, John reported that Honda recently dedicated $1.38 billion to upgrading the Honda of Canada Manufacturing facilities in Alliston, Ontario.