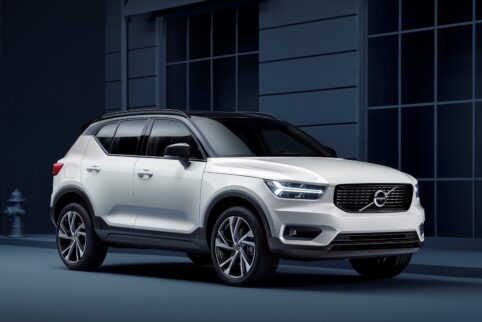 The more the electric vehicle marketplace grows, the easier it gets to find exactly the type of EV you want. While the segment started out small with compact cars like the Nissan Leaf and Ford Focus Electric, you can now choose battery-powered mainstream and luxury SUVs, small and mid-size cars, and even a full-size pickup truck.

A side effect of this shift is that it’s become possible to directly compare cost and performance between gas and battery versions of the same vehicle, making it easier to work out how much you can reduce your driving costs by making your next new vehicle a BEV.

To illustrate this, we’ve compiled purchase prices and fuel/energy consumption estimates for four popular vehicles whose manufacturers offer both gas and electric powertrains, to see how long it would take for the electric version’s lower energy costs to offset its higher MSRP.

Before we get to the comparisons, here’s how we did our calculations.

For the 2022 model year, Natural Resources Canada (NRCan) based its annual gasoline cost estimates on 20,000 km of driving and gas prices of $1.00/L for regular-grade fuel and $1.10 for premium. If you’ve filled up recently, you’ll know those figures are wildly unrealistic, so we’ve plugged prices of $1.75/L for regular and $1.90 for premium grade into NRCan’s formula.

NRCan’s annual charging costs for EVs are calculated with an electricity cost of $0.15/kWh and presume you’ll be charging at home, rather than at public chargers where you may also have to pay a service fee to plug in.

In 2018, Hyundai shook up the subcompact crossover segment with the Kona, which boasted standout  (if not universally loved) styling that helped make it an instant sales success in a competitive vehicle segment. Hyundai expanded the model’s appeal in 2019 with the Kona Electric, which replaced the standard model’s gas engine with an electric motor.

That motor drives the front wheels with 201 hp and 290 lb-ft of torque while promising 415 km of driving on a full charge of its battery. For this comparison, we’re skipping over the base gas Kona and its 147-hp engine to look at the N Line model, as its 1.6L turbo engine’s 195 hp and 195 lb-ft are a better match, performance-wise, for the Kona Electric. The one caveat here is that the Kona N Line comes with standard AWD, while the Electric is only offered with front-wheel drive.

It would take more than six and a half years to recover the Kona Electric’s price premium compared to the Kona N Line, and it would take even longer if you were considering the less-expensive 2.0L, front-wheel-drive Kona, which is more fuel-efficient than the N Line model.

The BMW iX is the brand’s first pure electric SUV and one of its first mainstream EVs. It was introduced for 2022 in xDrive50 configuration, which BMW followed up with xDrive40 and M60 variants for the 2023 model year.

While the iX and X5 platforms are only distantly related, they are similar enough in size to make the iX an electric analog to the more traditional X5. In the X5 M50i, you get 523 hp and 553 lb-ft of torque from a 4.4L turbocharged V8 engine, while the iX xDrive50 derives its 516 hp/564 lb-ft from two electric motors and promises 521 km on a full charge of its battery.

BMW prices these two vehicles competitively: The X5 M50i is the more expensive of the two, at $95,800, while the iX xDrive50 goes for $89,990, making this comparison the exception to the rule that EVs tend to be more expensive than their gas-powered counterparts.

There’s no cost difference to be made up here, as the electric iX is already less expensive to buy than the equivalent X5.

New this year to the Ford F-150 lineup is the brand’s first-ever all-electric pickup, the F-150 Lightning. While it’s hard to distinguish it at a glance from the gas-powered F-150, the Lightning is a completely different vehicle, mechanically speaking. It uses front- and rear-mounted electric motors to provide four-wheel drive traction and generate 426 hp and 775 lb-ft of torque. Ford says the Lightning’s Standard Range configuration promises 370 km of driving on a charge. The closest direct comparison to be made in a gas F-150 is a 3.5L turbocharged Ecoboost V6, which makes 400 hp and 510 lb-ft on regular-grade gasoline.

If you bought an F-150 Lightning, it would take a bit more than four years to make up the price difference compared to the version with the 3.5L engine.

Volvo announced the XC40 Recharge – its first all-electric model – in late 2020 as a 2021 model, but pandemic-related delays meant it didn’t reach the market until the 2022 model year.

This battery-powered version of Volvo’s subcompact crossover model (the gas version was introduced in 2019) is also the most powerful version of the XC40, with 402 hp and 486 lb-ft of torque, and a promised 359 km of driving on a full charge. The XC40 T5’s powertrain generates 252 hp/295 lb-ft.

To make the closest price comparison between the gas and electric versions of the XC40, we’ll look at the gas-powered T5 Inscription, priced at $49,750, and the Recharge P8 Core, which comes in at $59,950.