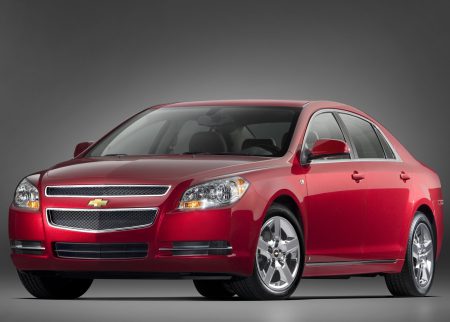 It strikes us that naming a car must be one of the most interesting jobs in the auto industry. That’s not to say it’s easy, though. Ideally, a car’s name should evoke some desirable image that its maker wants to project. There are also more mundane concerns, like the risk of copyright infringement.

One common practice is to name cars and trucks after exotic world destinations. However, it’s rare that cars named this way are anywhere near as sought after as are vacations in their geographic namesakes. For this article, we’ll look at three such vehicles, all of which were named for nice places but inspire little other than dreams of practical transportation.

Of the trio of used vehicles, we’re looking at today, the Chevrolet Malibu is the longest-running. It was introduced in the 1960s, and takes its name from the posh Southern California beach town outside Los Angeles.

The version we’re looking at here is the seventh-generation model, sold from 2008 through 2012. Common engines are a 2.4L four-cylinder and a 3.6L V6; Chevrolet made a hybrid model, too, but it’s rare on the used marketplace. All use a six-speed automatic transmission, save for very early four-cylinder cars from the 2008 model year, which got a four-speed.

Many owners complain of a Bluetooth handsfree system that often “unpairs” with mobile phones.

Power lock actuators, the electric motors that work the locks, are a source of headaches. When they fail, they no longer respond to the lock controls in the car or on the key fob remote. One theoretical cause is water infiltration, caused by a bad grommet designed to prevent that from happening. Here’s a discussion about the problem. (https://www.chevymalibuforum.com/threads/door-lock-actuator-recall.7950/)

Cheap brake components lead to premature pad wear, and rotors that warp easily, causing the pulsating brake pedal that many drivers of modern cars know all too well. 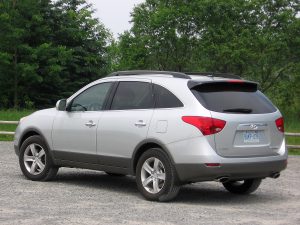 Hyundai named its first-ever dedicated three-row crossover after a historic port city on Mexico’s east coast. It was larger and more spacious than the seven-seat Santa Fe variants Hyundai had sold previously. Power comes from a 3.8L V6 matched with a six-speed automatic. Initially offered with standard AWD, a FWD version joined the range in 2008.

Uplevel models included a number of luxury features uncommon in other mainstream vehicles of the time, like power-adjustable pedals, a cooled front console box, and rear-seat climate controls.

Hyundai advertised the Veracruz’s automatic transmission as a maintenance-free unit; it doesn’t even have a dipstick to check its fluid level. Still, it’s recommended to have the fluid changed periodically to help avoid transmission performance problems and failures. (https://www.hyundai-forums.com/threads/veracruz-transmission-fluid-maintaince.253233/ )

If the Veracruz’s transmission clunks into a lower gear when the car is slowing down, it may need a software update. (https://www.hyundaiforum.com/forum/hyundai-veracruz-44/2007-veracruz-clunks-7056/ )

Here, a Veracruz owner describes an oil leak from around one of the engine’s valve covers, which allows oil to drip onto the alternator. (https://www.hyundai-forums.com/threads/valve-cover-oil-leak-best-option.162700/ ) This is a well-known flaw for which Hyundai recalled the Veracruz. (https://wwwapps.tc.gc.ca/Saf-Sec-Sur/7/VRDB-BDRV/search-recherche/detail.aspx?lang=eng&mk=3759!39386&md=VERACRUZ&fy=0&ty=9999&ft=&ls=0&sy=0&rn=2014297&cf=SearchResult&pg=0 ) Here’s a CBC article about one Veracruz owner who took her car to the dealer four times before the problem was fixed properly. (https://www.cbc.ca/news/canada/edmonton/edmonton-woman-wants-unsafe-hyundai-replaced-1.2807838 )

If the Veracruz’s optional power tailgate won’t open, the door’s support struts may be worn out. As these supports age, they especially tend to act up in cold weather. (https://www.hyundaiforum.com/forum/hyundai-veracruz-44/2009-vera-cruz-problem-rear-hatch-door-14200/ )

Here’s a discussion about a rattling sound from the cargo area, including possible causes. (https://www.hyundaiforum.com/forum/hyundai-veracruz-44/2010-veracruz-rattle%5Ccreak-rear-hatch-8518/ )

In this chat, Veracruz owners relate stories of dead batteries and what caused them. (https://www.hyundai-forums.com/threads/battery-keeps-dying-dealer-says-stereo-is-to-blame.219290/ ) A weak battery can also lead to issues with the passive keyless entry and keyless start function. (https://www.hyundaiforum.com/forum/hyundai-veracruz-44/key-fob-wont-turn-13274/ ) 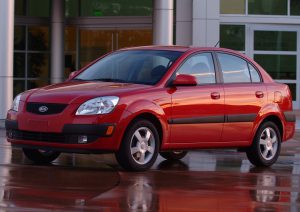 Kia introduced the second generation of its Rio subcompact economy car in 2006. Rio translates as “river” in Spanish and Portuguese. It’s also a common short form for Brazil’s second-largest city, Rio de Janeiro, known for its beaches and party atmosphere.

All Rio models use a 1.6L engine, which comes with a five-speed manual transmission, or a four-speed automatic.

If the Rio’s engine turns over but doesn’t start, this discussion suggests the car’s security immobilizer is to blame. (https://www.kia-forums.com/threads/2006-rio-5-sport-intermittent-starting-problem.35687/)

A Rio that won’t start, will only start on the second try, or idles poorly may have one or more bad ignition coils.

The Rio’s engine uses a rubber timing belt to keep the valvetrain in proper time. This is a common design, but the belt needs to be changed at least every 100,000 km to help avoid a failure that can cause serious engine damage. (https://www.kia-forums.com/threads/yet-another-timing-belt.76187/)

Clutch failures are common in manual transmission cars, caused by poor-quality components installed at the factory. As a wear item, the clutch may not be covered by Kia’s warranty.

Cars with the optional automatic transmission might experience poor shift quality and, in the worst cases, a loss of drive. The likely cause is a fairly minor one: a sensor on the outside of the transmission, called a pulse generator, is also a known failure point in the Hyundai Accent.