Car Reviews and Tips » Electric and Hybrid Cars Made in Canada 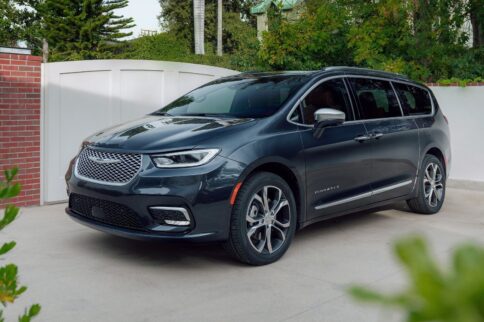 Electric vehicles (EV) and hybrid vehicles (HV) are growing in popularity, and many countries—Canada included—have declared when they plan to have all-electric cars on the roads. However, manufacturers still build most of these vehicles outside of Canada. In this blog post, we’ll tell you which electric and hybrid vehicles are made in Canada, what the future holds for EVs and HVs, and which are currently available for purchase.

What EVs and HVs Are Made in Canada?

Currently only two HVs are manufactured in Canada: the Chrysler Pacifica hybrid minivan and the Lexus RX 450 hybrid. Fully electric vehicles at the consumer level are not made here yet.

This creates a supply problem, though. In December 2020, the CBC reported that, according to a 2019 survey, most Canadians are considering an EV for their next vehicle purchase. However, most car dealerships in Canada don’t have an EV available for even a test drive. Dunsky Energy Consulting reported in a 2020 Transport Canada Study that Canadian drivers typically wait three to six months to buy one.

The Government of Canada has set for itself goals for zero-emission light-duty vehicle (LDV) sales per year. (Light-duty vehicles have a gross vehicle weight rating of 3,856 kg or less.) They are as follows:

The government has an active request for proposals to build the infrastructure necessary for these vehicles.

HVs run on electricity and gas. They are often popular because if drivers run out of electricity or aren’t near a charging station, they can still fill up at the nearest gas station. However, they still produce carbon monoxide when the engine uses gas.

As you can see, you already have a lot of options if you’re planning on purchasing a hybrid.

Electric vehicles, as the name implies, run only on electricity. They are far cleaner than their hybrid counterparts, but some consumers avoid buying them because of fears of being stuck in the middle of nowhere without a charge. For now, EVs are best driven in and between major urban areas.

These OEMs sell EVs in Canada:

Thanks in part to consumer demand and in part to government programs, manufacturers are being encouraged to produce more electric and hybrid cars. GM announced in January plans to transform its plant in Ingersoll to produce commercial EVs. OEMs are listening and producing more environmentally friendly cars. With time, hopefully more EVs and hybrids will be manufactured in Canada, making it easier for drivers to buy them.