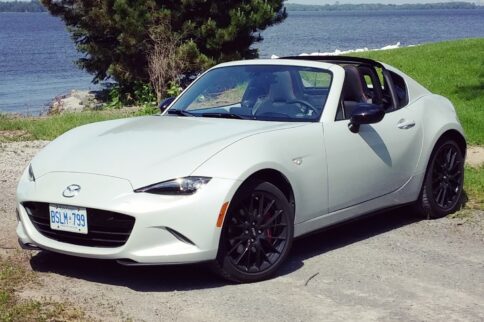 After the purchase price and maintenance costs, paying for fuel is one of the most expensive aspects of owing a vehicle. According to Natural Resources Canada (NRCan), the annual cost of keeping a car or truck fueled up ranges from $1,000 to more than $7,000, depending on the model you choose.

With more than 250 models to choose from, finding the one that meets your efficiency needs would be a challenging task without NRCan’s fuel-consumption ratings database.

While you can search that online database (https://fcr-ccc.nrcan-rncan.gc.ca/en) any time to find the efficiency estimates for the vehicle you’re interested in, NRCan also publishes an annual list of the thriftiest cars and trucks from the current model year.

That list covers 21 models ranging from two-seater cars to full-size pickup trucks. To make the information easier to digest, we’ll present 2021’s most efficient vehicles in three articles. In this one, we’ll run down the gasoline and conventional hybrid cars with the best fuel consumption ratings. In the next article, we’ll look at gas and hybrid trucks and SUVs, and follow that up with a piece on plug-in hybrids (PHEVs) and pure electric vehicles (EVs).

What’s the difference between fuel economy and fuel consumption?

Technically, these are two ways of saying the same thing. However, the term “fuel economy” is more commonly associated with the U.S. miles per gallon (MPG) efficiency measurement, which tells you how far a vehicle can drive on a gallon of fuel.

NRCan favours the metric L/100 km unit, which describes how much fuel you’ll have burned after driving 100 km, which is more accurately related as the rate of fuel consumption.

How does NRCan calculate fuel consumption?

NRCan requires carmakers to test every vehicle they sell in a standardized laboratory setting and provide the consumption estimates that are published in the searchable online database. You can read more about the testing procedure here.

Here are the most fuel-efficient cars for the 2021 model year.

Natural Resources Canada’s most fuel-efficient two-seater also happens to be one of today’s most entertaining driver’s cars. The one caveat to the MX-5’s driver-centric nature is that its optional automatic transmission makes the car a bit thriftier than the standard stickshift. Either way, the MX-5 satisfies with its rear-drive layout and a free-revving 2.0L engine that makes 181 hp and 151 lb-ft of torque.

Next on the list is the drop-top version of the Mini Cooper, whose interior volume makes it a minicompact according to Natural Resources Canada’s classification system. This is another fun-to-drive car, though its three-cylinder engine is more about low-end torque than high-revving thrills, with 134 hp and 162 lb-ft. As with the Mazda MX-5, the most efficient version of the Mini Convertible comes with an optional seven-speed automatic transmission.

The Chevrolet Spark is exactly the kind of car that comes to mind when discussing fuel economy leaders. This is one of the few new cars you can buy with less than 100 hp – it has 98 hp and 94 lb-ft – but what it lacks in acceleration it makes up for with charm and thrift. Like the MX-5 and Mini convertible, the Spark is most efficient with its optional automatic transmission – a continuously variable type – but you can also get a five-speed manual that’s only nominally less efficient.

Toyota introduced its first-ever Corolla Hybrid in 2020 to coincide with the arrival of the car’s 12th generation. Under the hood, a 1.8L engine works with an electric motor to make 121 hp, which goes to the road through a continuously variable automatic transmission. We’re surprised Toyota waited this long to introduce hybrid tech to its popular – and already famously efficient – compact car.

Hyundai redesigned its Elantra compact sedan for 2021 and introduced the model’s first-ever hybrid version. The Elantra’s generous interior space makes it a mid-size car by NRCan’s standards, though it is priced and marketed as a compact. The Elantra Hybrid matches a 1.6L engine with an electric motor for 139 hp/195 lb-ft, which drives the car through a six-speed automatic transmission.

On the outside, the Hyundai Ioniq is actually a bit smaller than the Elantra. However, because its hatchback body style creates more interior space, NRCan considers it a full-size car for its fuel economy rankings. The Ioniq uses the same 1.6L engine, electric motor and six-speed transmission (139 hp/195 lb-ft) as the Elantra Hybrid. Hyundai also sells the Ioniq in plug-in hybrid (PHEV) and pure electric versions.

Kia will tell you the Niro is a crossover, but we agree with NRCan that it’s closer to a station wagon in looks and execution. Like the Hyundai Ioniq, the Niro also comes in two plug-in versions, but its standard gas-electric hybrid configuration is the only one that gets a best-in-class fuel economy nod. Thanks to Kia’s close ties with Hyundai, the Niro is powered by the same 1.6L/six-speed powertrain as the Elantra Hybrid and Ioniq.

The final entry in NRCan’s list of the most fuel-efficient non-plug-in cars is the Mercedes-Benz E 450 All Terrain. This is the entry point to the E-Class wagon lineup, with a raised suspension that provides crossover-like ground clearance. Under the hood, a turbo 3.0L V6 engine with mild hybrid electric assist makes 362 hp and 369 lb-ft of torque. A nine-speed transmission and AWD are standard. You can also move up to the sleeker AMG E 53 wagon to get 429 hp and 384 lb-ft from a similar powertrain with only slightly less impressive fuel economy.