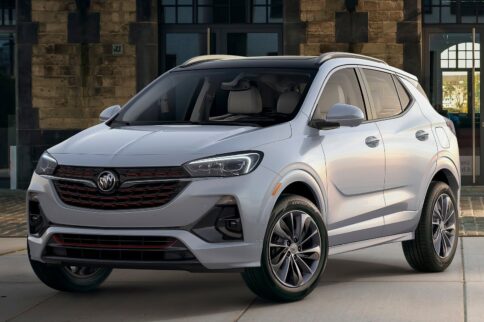 The market for luxury vehicles is stronger than ever, thanks to upscale automakers expanding their lineups to appeal to a wider range of buyers.

It’s a wise strategy. In the past, upscale brands competed against one another for the attentions of vehicle shoppers seeking a certain level of performance or to project a particular image. More recently, those luxury automakers realized they’d be more profitable if they also tried to attract buyers who may have thought an upscale model was out of their reach. As a result, they’re now selling more vehicles of different types to more people.

If you’re on the fence about whether to choose a luxury-branded vehicle instead of a lower-priced mainstream model, we want to help you make that decision. To do that, we’re starting a new series of articles called High versus Low. In these articles, we’ll compare a luxury vehicle with a less-expensive model of a similar size and body style to determine which one better fulfills its mission and is worth spending your money on.

For our first instalment, we’re comparing the Buick Encore GX with the Chevrolet Trailblazer. These are both recent additions to the marketplace: The Encore GX arrived as a 2020 model and the Trailblazer was new for 2021.

The Buick Encore GX is a more spacious and sophisticated (but still subcompact) alternative to the less-expensive Encore, which Buick has sold since 2013. This little utility is part of Buick’s ongoing effort to appeal to younger car buyers while capitalizing on the popularity of crossovers and SUVs.

You may recognize the Trailblazer name from its use on a mid-size SUV Chevrolet sold from 2002 through 2009. This new subcompact model is completely different. It shares its underpinnings with the Encore GX, but dresses those components in styling that stands out better in a crowd than the Buick’s understated look.

In these comparisons, we’re not going to pass judgement on styling, since what we think is unlikely to change your mind about which vehicle’s appearance you prefer.

Instead, we’ll consider the performance each model offers in terms of power and fuel economy and how well that fits with the car’s mission. We’ll also look at what features are included for the prices of different trim levels and how the cars compare in terms of user-friendliness and practicality.

Another comparison we’ll make is what safety features each model comes with for its base price, and how they perform in testing by the Insurance Institute for Highway Safety (IIHS) and the National Highway Traffic Safety Administration (NHTSA).

The family ties between the Encore GX and Trailblazer are apparent when comparing their powertrains. Both cars start with a 1.2L turbocharged three-cylinder engine (137 hp/162 lb-ft of torque) that you can upgrade to a 1.3L turbo three-cylinder (155 hp and 174 lb-ft).

According to Car and Driver magazine, the Encore GX is a little bit quicker, scooting from 0-60 mph (96 km/h) in 9.3 seconds, while the Trailblazer does the same in 9.4 seconds; both models the magazine tested had the 1.3L engine and AWD.

In terms of comfort, the Encore GX has an edge with its smoother, quieter ride, but its handling is less entertaining than the Trailblazer’s.

With the 1.2L engine, FWD and the continuously variable transmission, both the Trailblazer and Encore GX are rated for fuel consumption of 8.4/7.5 L/100 km (city/highway). With the 1.3L engine, AWD and the nine-speed transmission, the Trailblazer has a small advantage, at 8.9/7.8 L/100 km (city/highway) compared to the Encore GX’s estimates of 9.0/8.0.

The Buick Encore GX carries a higher starting price — $25,998 versus the Trailblazer’s $23,798 base MSRP – but that $2,200 premium includes heated side mirrors, passive keyless entry, heated front seats, and a larger touchscreen.

In the Encore GX’s top Essence trim level, the $32,498 price includes LED headlights, a power driver’s seat, an auto-dimming rearview mirror, a heated steering wheel, and real leather upholstery. You can pay extra to add some – but not all – of those items to the $30,498 Trailblazer RS.

We think the more-expensive Encore GX is a better deal if you’re looking for some of today’s most in-demand features.

The base Trailblazer LS’s safety feature offerings are the same as the Encore GX’s: forward collision detection and automatic braking, lane-departure warning, lane-keep assist, and automatic high beams are included for the base price, and you have to move up to LT for blind-spot warning with rear cross-traffic alert.

The Chevrolet Trailblazer performed similarly in the NHTSA’s crash tests, but scored three stars for front passenger protection in a frontal collision, which is why we named the Encore GX our safety winner.

As of this writing, the IIHS had not put either of these vehicles through its safety test regime.

While both of these small sport utilities bring a lot of style to this segment, a utility vehicle should live up to its promise of practicality, and the Chevrolet Trailblazer has the edge in this regard.

Buick and Chevrolet ostensibly aim their products at different types of buyers. However, given the Encore GX and Trailblazer’s similar prices, we suggest that if you’re interested in one of these vehicles, you should put both on your shopping list. In the end, we think the Buick Encore is the better of the two, thanks to its stronger value, quieter, smoother performance, and an appearance that nicely conveys its upscale standing without an elevated price.