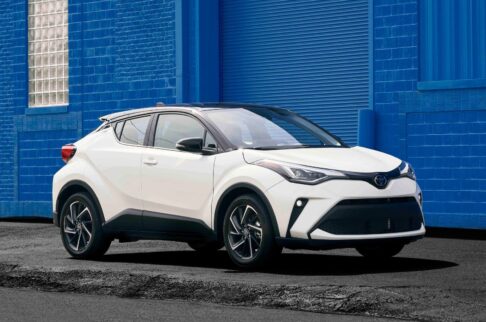 Among the many casualties of the auto industry’s transition to crossovers and SUVs is the subcompact car, which has largely disappeared from Canada’s new-vehicle market as subcompact crossovers have become the new entry-level offerings in many automakers’ portfolios.

One effect of this change is that there are no longer many new vehicles you can buy for less than $20,000. On the plus side, the new breed of little SUVs tends to offer performance that’s at least comparable to those subcompact cars, without exacting a fuel economy penalty. And in some cases, the new SUVs are more efficient than the cars they replaced.

In today’s article, we’re comparing some of the newest small crossovers with the subcompact cars that came before them. If you’re in the market for a small, fuel-efficient vehicle at an entry-level price, these are a few of the best ones available.

If you visited a Chevrolet dealer in 2012 looking for their most fuel-efficient offering, you would have been put behind the wheel of the Sonic, a subcompact car offered as a sedan and a hatchback. The thriftiest version was the top-line LTZ trim, which came with a 1.4L turbocharged engine and put up its best fuel economy estimates with a six-speed manual transmission. An optional six-speed automatic was available, rated for 8.9/6.6 L/100 km (city/highway). If the LTZ’s price ($20,495) was too steep, you could downgrade to LS or LT trim ($14,495 or $16,495, respectively), both powered by a 1.8L engine and a five-speed manual transmission rated for 8.9/6.7 L/100 km (city/highway).

A decade later, Chevrolet’s only subcompact models are crossovers, the least expensive of which is the Trax. Introduced in 2013, the Trax shares its platform with the now-defunct Sonic and uses a newer version of that car’s 1.4L turbo engine matched with an automatic transmission. The front-drive Trax we’re using for this comparison goes for $22,098 to start.

The Chevrolet Trailblazer is the brand’s other subcompact utility, and while its three-cylinder engines are actually more efficient than the Trax’s four-cylinder, the Trailblazer is nearly $2,000 more expensive to start, and therefore less accessible if you’re looking for the least-expensive overall ownership experience.

Ford fans will find an even wider gulf between the brand’s most efficient current offerings versus 10 years ago.

Back in 2012, the subcompact Ford Fiesta came in sedan and hatchback body styles, both powered by a 1.6L engine. The thriftiest Fiesta was the SFE, which stood for “super fuel economy” and used aerodynamic tweaks to save a little more fuel than the standard Fiesta. The SFE model came exclusively with a dual-clutch six-speed automatic transmission. In 2012, Fiesta pricing started at about $13,000, plus the cost of optioning up to the dual-clutch transmission.

Today, Ford’s smallest vehicle is the Ecosport subcompact crossover, which only comes with AWD for the 2022 model year. If you’re a Ford loyalist, and fuel economy and a low purchase price are your priorities, try looking for a leftover 2021 front-wheel drive Ecosport: Its 1.0L turbo three-cylinder engine promises more impressive fuel consumption of 8.6/8.1 L/100 km (city/highway). In 2022, Ecosport pricing starts at $25,599.

Like many automakers, Hyundai has abandoned the subcompact car segment, having discontinued its long-running Accent sedan and hatchback after 2020 and replacing it with the Venue subcompact crossover.

With the Venue, Hyundai makes an honest appeal to fans of the Accent, with an $18,299 starting price in Essential trim that makes it one of the least-expensive new crossovers available today. Despite its entry-level status, the Venue Essential comes with A/C, heated front seats, and – when the automatic transmission is specified – cruise control. There’s no Venue priced anywhere near the 2012 Accent’s starting point of $13,199, but then again, an Accent optioned to match the 2022 Venue’s feature list would have cost you about $18,000 in 2012 dollars.

The Venue is one of a few small crossovers that does not offer all-wheel drive, a nod to its goal of filling the gap left by the Accent.

A few years ago, Mazda was getting set to bring a second generation of its Mazda2 subcompact hatchback to Canada when it abruptly cancelled that plan, citing among other things a dwindling market for small cars.

Instead, Mazda focused its marketing efforts on the CX-3 subcompact crossover, which happened to use the same platform as the new Mazda2 and also underpinned a short-lived Canadian version of the Toyota Yaris.

Nissan is another of the handful of manufacturers whose current entry-level crossover, the 2022 Kicks, is roughly comparable to the subcompact it once offered to budget-oriented buyers.

In 2012, shoppers looking for a thrifty and practical Nissan would have been drawn to the Versa hatchback, which at the time was one of the roomiest vehicles in its class. While it was marketed and priced as a subcompact, its interior space was closer to that of a compact.

These days, the Kicks is larger, but not by much, and its lack of an all-wheel drive option makes it a hatchback in SUV clothing, much like the Hyundai Venue.

In 2012, the Versa’s most fuel-efficient transmission choice was a continuously variable automatic that was only available in the SL trim and was priced at nearly $19,000. Meanwhile, an entry-level Kicks S comes in at $20,548 in 2022 dollars.

Toyota introduced the Matrix way back in the early 2000s as a hatchback companion to the Corolla compact sedan. The Matrix is an especially apt comparison to today’s subcompact crossovers, as it combined compact-car efficiency with SUV-like utilitarian touches such as its easy-to-clean cargo area.

In 2018, the Toyota C-HR paid homage to the Matrix with its fun styling draped over the contemporary Corolla’s platform and running gear. Ironically, while the Matrix was offered with AWD, the C-HR is exclusively a front-driver.

The C-HR is significantly more expensive than the Matrix, with its $24,350 starting price about $7,500 more than the MSRP of the base Matrix we’re using for this fuel consumption comparison. We’d argue the Matrix is more practical, too, given how the C-HR’s sleeker roofline eats into its cargo capacity.

There’s no arguing against the C-HR’s efficiency, though, which is quite similar to that of the Matrix but comes with a little more power.