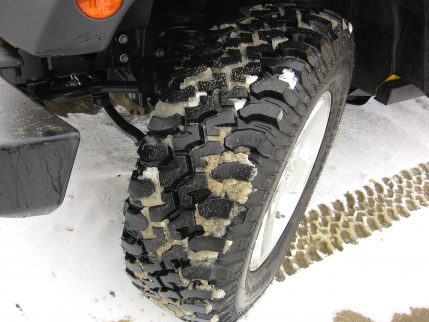 The auto industry has seen many four-wheel drive, or 4×4, SUVs come and go. These off-road-ready vehicles were more common in the 1980s, when they were frequently positioned as extensions of pickup truck models.

Those early SUVs proved popular for weather-tight cargo areas. However, by the 1990s, automakers began to realize many consumers would happily sacrifice some off-road capability for a more refined driving experience. That spawned the shift to the car-based crossovers that dominate today’s marketplace.

As a result, the rugged Jeep Wrangler faces little competition in new-car showrooms, but it’s a different story on used-vehicle lots. Read on to learn what to watch for in a used Wrangler and its Nissan and Toyota competition. 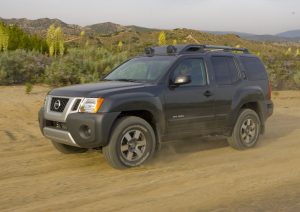 Nissan redesigned its XTerra compact SUV in 2005, and discontinued it after 2015. All model years came standard with a 4.0L V6 engine, a choice of manual or automatic transmissions, and 4WD with low-range gearing.

Like many vehicles, XTerra models with the automatic transmission have a transmission fluid cooler built into the radiator. One of this truck’s best-known problems is engine coolant leaking into the transmission cooler, contaminating the transmission lubricant and potentially causing catastrophic damage. (https://www.clubfrontier.org/threads/what-years-did-the-trans-fluid-coolant-cross-contamination-apply-to.305218/ ) Nissan extended warranty coverage to address this problem.

A grinding noise while driving often indicates a worn wheel bearing, a common issue with the XTerra. (https://www.clubxterra.org/threads/awful-grinding-noise-in-front.31623/ )

A serious vibration at highway speeds could be a symptom of a worn driveshaft carrier bearing. (https://www.thenewx.org/threads/drive-shaft-support-bearing-help.134889/ ) Here’s a video that shows a bad carrier bearing in action. (https://www.youtube.com/watch?v=Sx4hTc9jlIc)

The online consensus is that the XTerra become more reliable after Nissan refreshed it in 2009.

Toyota introduced the FJ Cruiser in 2007 as a modern homage to the brand’s classic Land Cruiser FJ40 off-roader. It borrowed a 4.0L engine from the Tacoma pickup truck, manual and automatic transmissions, and part-time or full-time 4WD, depending on trim level. 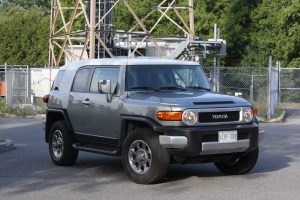 Before you get in to go for a drive, look under the hood and inspect the structure just in front of the windshield for bending and/or cracks. This is apparently a common issue in this trucks, especially those frequently used off-road, where the body can endure torsional stress. (https://www.fjcruiserforums.com/threads/do-you-have-inner-fender-bulges-cracking.37556/ )

Then, inspect the driver’s seat. Many owners have had sagging seats replaced under warranty. The phenomenon is casually known as “sinking seat.” (https://www.fjcruiserforums.com/threads/sinking-seat.661562/ )

Before or after your drive, have a look at the front wheels. Uneven treadwear points to misaligned front wheels, another common issue reported by FJ owners. 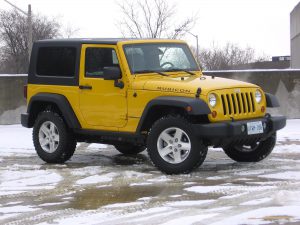 Jeep redesigned its Wrangler for 2007, which also introduced the Wrangler name to Canada. Before 2007, this little truck was called the TJ here. Early versions used a 3.8L V6, which Jeep replaced in 2012 with a more powerful 3.6L engine.

The old 3.8-litre V6 is known for oil consumption, a topic much-discussed in Wrangler forums. (http://www.wranglerforum.com/f33/3-8l-oil-consumption-145487.html and find more links here http://www.wranglerforum.com/f33/3-8l-oil-consumption-145487.html#post2127659) Some owners say that switching from the 5W20 weight engine oil specified to a heavier-weight 5W30 makes a significant difference.

In this case (http://www.wranglerforum.com/f33/2012-auto-must-read-trans-line-rub-causes-leaks-171427.html), the transmission fluid lines can rub against a power steering hose, causing a leak that can run the transmission dry, potentially causing serious damage if not caught soon enough.

Another situation involves leaks developing where the rubber hoses connect to the solid metal joints attached to the cooler. (http://www.jkowners.com/forum/showthread.php?t=53958)

Watch for engine oil leaks caused by a bad rear main seal. The oil will show up where the engine mates to the transmission. (http://www.jkowners.com/forum/showthread.php?t=42280)

Early Wranglers (2007 and 2008) were recalled due to a tendency for the transmission to overheat in “rigorous” off-roading. The fix was to program the on-board computer to warn the driver of elevated transmission fluid temperatures.

“Death wobble” is a casual term for a serious problem that affects some Wranglers. In other markets (Australia and South Africa, for example) Jeep has recalled the Wrangler to fit a redesigned steering stabilizer, a fix some owners think was conceived to address the death wobble. Chrysler issued no such recall in Canada. Click here for some other possible causes for death wobble. (http://www.jeepz.com/forum/suspension/29510-wrangler-death-wobble-what-causes-how-fix.html)

Leaking axle seals are a common problem in the Wrangler (http://www.jkowners.com/forum/showthread.php?t=71571), but as our used truck buyer’s guide suggests, this is a common trouble spot in many trucks and 4x4s. (http://autos.sympatico.ca/features/15545/getting-a-grip-what-to-know-when-buying-a-used-truck-or-4×4)

Chrysler issued a TSB to address a noisy clutch throwout bearing in 2007 models with a manual transmission. Stickshift Wranglers are also known for leaky hydraulic clutch master and slave cylinders.

Other things to watch for in a used 4×4 SUV

Four-wheel drive SUVs introduce an extra level of complexity that cars and even some AWD crossovers don’t possess. For the uninitiated, this can lead to expensive and unexpected repairs. Click here for our overview of what you should know about owning a used 4WD vehicle. (https://www.blog.ontariocars.ca/what-you-should-know-about-a-used-4wd/ )