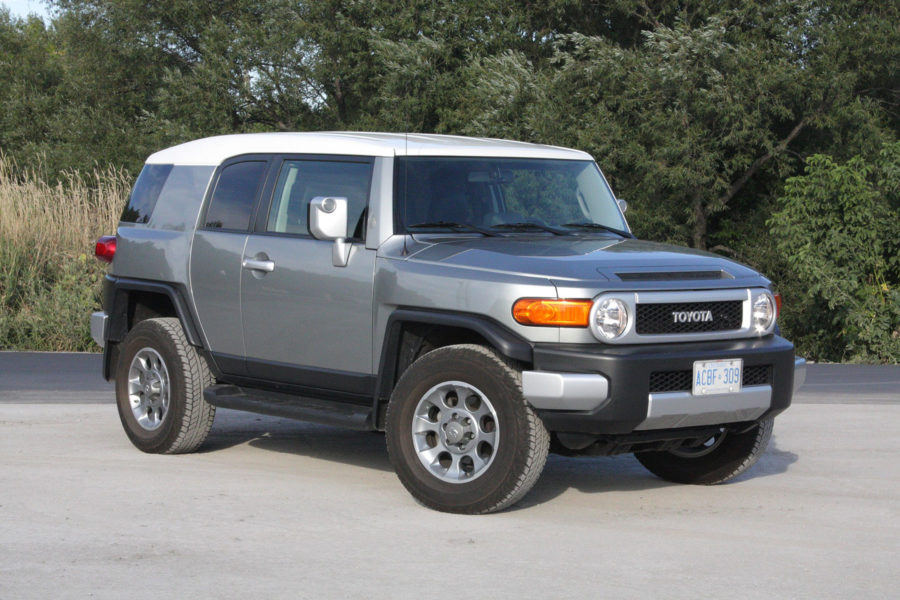 In the most basic sense, vehicles with four-wheel drive (4WD or 4×4) have a lot in common with the average family car. Obviously, there’s an engine, and a transmission and drive shafts to get its power to the ground. But if your aim is ford streams and drive over rocks, you’re going to need something more rugged than the sedan you drive to work.

That’s where a 4×4 comes in. These vehicles boast more robust drive shafts, axles and differentials built to stand up to higher-than-average abuse. They not only contribute to better off-road capability, but also higher payload and towing capacity.

The Jeep Wrangler is arguably the best-known modern 4WD SUV. The Toyota FJ Cruiser was popular too, but used examples are getting hard to find since Toyota stopped building it in 2014. Nissan’s XTerra SUV lasted until 2015.

These days, pickup trucks are a more common way to get 4WD. All the big names offer it. There are full-size models like the Ford F-150, Chevrolet Silverado, GMC Sierra, Ram 1500, Toyota Tundra, and Nissan Titan.

Several truck brands have compact and mid-size truck models as well. General Motors makes the Chevrolet Colorado and GMC Canyon, Toyota builds the Tacoma, and Nissan makes the Frontier. If you’re looking for an older and/or smaller truck, your options include the Ford Ranger and Mazda B-Series. Ford also began selling a new, mid-size Ranger for 2019.

If you’re in the market for a used 4WD vehicle, read on, and we’ll explain what to watch for when shopping around.

This is the set of gears that makes the difference between a two and four-wheel drive vehicle.

In some 4×4 vehicles, the driver has to operate a manual lever to engage 4WD, usually when the vehicle is stopped.

Every car or truck has at least one differential. Four-wheel drive trucks have at least two, one for each axle.

Some trucks have a two-piece main drive shaft to carry power to the rear wheels.

Universal joints (U-joints) connect the drive shafts to the transmission, transfer case, and differentials. They allow the drive shaft to articulate as the suspension moves. SUVs and trucks with solid front axles will also have U-joints at the front wheels to let them turn with the steering.

What else should you watch for in a used 4×4?

Regardless of how you plan to use your 4WD vehicle, look for signs indicating how its previous owner treated it. Most of these checks are best done with the truck on jack stands or a mechanic’s lift.

Are there major dents in the skid plates protecting the engine, transmission, gas tank and other vital components? Look for plates that are bent and gouged. They are designed to take hits from rocks and logs, but not excessive impacts.

Many off-road enthusiasts install aftermarket suspension parts to create more ground clearance. Have these inspected for wear and to ensure they were installed properly.

Driving through deep mud and water can expose the truck’s frame and other components to more moisture than most vehicles. If it’s not cleaned away regularly, it can cause rust, and a badly rusted frame is a particularly big deal. Before you buy, inspect the truck thoroughly for signs of serious structural corrosion.