Car Reviews and Tips » Cars Sold In Canada, Not in the USA 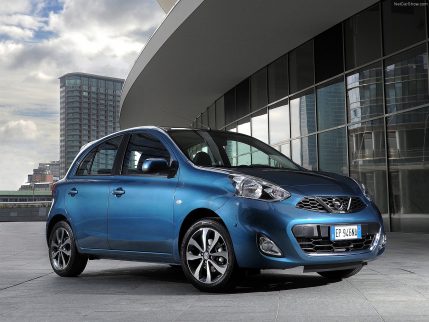 Viewed on the map, Canada is significantly larger than the United States. But our relatively small population means that carmakers’ decisions about which vehicles they sell here are largely driven by the desires of U.S. buyers. From an economics point of view, it is most cost-effective for a company to sell the same cars in both countries.

However, Canada’s auto market differs quite a lot from that of our southern neighbour. Generally, Americans favour larger vehicles, while Canadians tend to buy more compacts. A carmaker will occasionally acknowledge this distinction by offering a vehicle here that is not sold in the U.S. Here’s a rundown of that brief list.

The 2015 Nissan Micra made a big splash at its Toronto auto show reveal because, at the time, it was the least expensive new car in Canada at just under $10,000. Nissan built the Micra in Mexico, but the closest the car ever got to the U.S. market was while being shipped north to Canada.

The Micra boasts just 109 hp but feels quicker because of its tiny size and light weight.

When test-driving, listen for a knocking sound from the engine between 2,000 and 3,000 rpm. Some Micra owners say Nissan has replaced their cars’ engines to fix the mechanical issue behind the noise.

A faulty sway bar bushing is the likely cause of a clicking noise from the suspension.

Here’s a discussion about Micra wheel bearings, which some owners feel wear out more quickly than they should.

All of Acura’s models have been based on its Honda parent company’s designs, but few are as obviously linked as the CSX and the Honda Civic. The CSX’s nearly identical body was distinguished by a few styling tweaks to move it upscale. It also used a more powerful 2.0L engine in place of the Civic’s 1.8L. The base CSX’s extra performance bridged the gap between the standard Civic and the sporty Civic Si, while the CSX Type S combined the Si’s power with Acura luxury.

As a Honda product, the CSX is generally a reliable car.

The CSX Type S is subject to a service bulletin to address a grinding sound when shifting the transmission into third gear. (This is also a known issue with the Civic Si.)

Among Honda/Acura’s few consistent weak points is air-conditioning compressor failures. When test-driving a CSX, turn the A/C on to make sure it works; you should hear the compressor engage with a gentle “clunk” sound (it’s under the hood, where it’s run by the engine). In hot weather, the A/C should blow cold air within a few seconds. In cold temperatures and wet weather, a functioning air conditioner will keep the windows from fogging up. 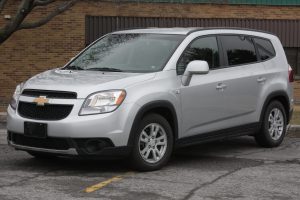 Chevrolet introduced the Orlando to Canada in 2012 to cater to compact wagon buyers. It was built on a platform shared with the Cruze sedan, but used a larger 2.4L engine from Chevy’s mid-size car lines. Despite its small size, the Orlando offered three rows of seats.

Changing the engine oil regularly is the way to avoid a stretched timing chain that can cause performance issues and eventually cause engine damage. If an Orlando consumes engine oil, bad valve seals or worn cylinder walls could be the culprit.

The Orlando uses a high-pressure direct fuel injection pump that is known to malfunction. Typically, that causes the engine to run rich, causing poor fuel economy. The worst case is that excess fuel can leak down into the engine oil and contaminate it, which can cause serious damage if left unchecked.

When test-driving an Orlando, watch for a rough-shifting automatic transmission, which can often be fixed with new software for its computerized controls.

A faulty power steering system can make it feel like the steering wheel sticks slightly as it is turned. Chevrolet also recalled the Orlando for rust-related power steering failures. 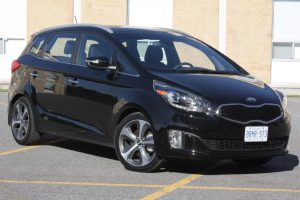 The second generation of the Kia Rondo wagon arrived in 2014 as a Canada-only model after U.S. buyers lost interest in the original design. All second-gen Rondo models use a 2.0L engine that we think was a bit underpowered for a vehicle that could seat seven. Until 2016, base models came with a manual transmission; all others got a six-speed automatic.

Kia’s 2.0L engine is actually a Hyundai design, and is known for a condition called “piston slap,” which causes a loud ticking or knocking sound when the engine is running. In some affected engines, the sound goes away when the engine is warm, so it’s best to begin your test drive in a “cold” car. A gentle, rapid ticking sound from the direct fuel injection system is normal. A deeper and louder rhythmic sound is a potential sign of trouble.

Listen for squeaking sounds from the rear suspension when driving on rough surfaces. The probable cause is the rubber bushings in the rear control arms. Replacements are inexpensive, but actually replacing them is a lot of work. 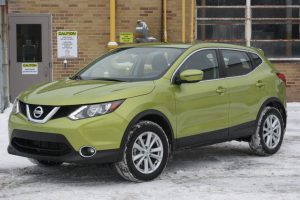 The Nissan Qashqai and Mitsu RVR are not exclusive to Canada, but they are sold under different names in the U.S. Nissan USA calls the Qashqai the Rogue Sport, and the RVR is known down south as the Outlander Sport. If you’re searching the web for information on these small crossovers, using their American-market names will yield more results.

Of this pair, the Qashqai seems to have been more durable since its 2017 introduction. Mitsubishi RVR owners report more drivetrain issues, while the Qashqai’s weak points seem to be its air conditioning and in-car electronics. The RVR has been around since 2011, so it will be easier to find at low prices.