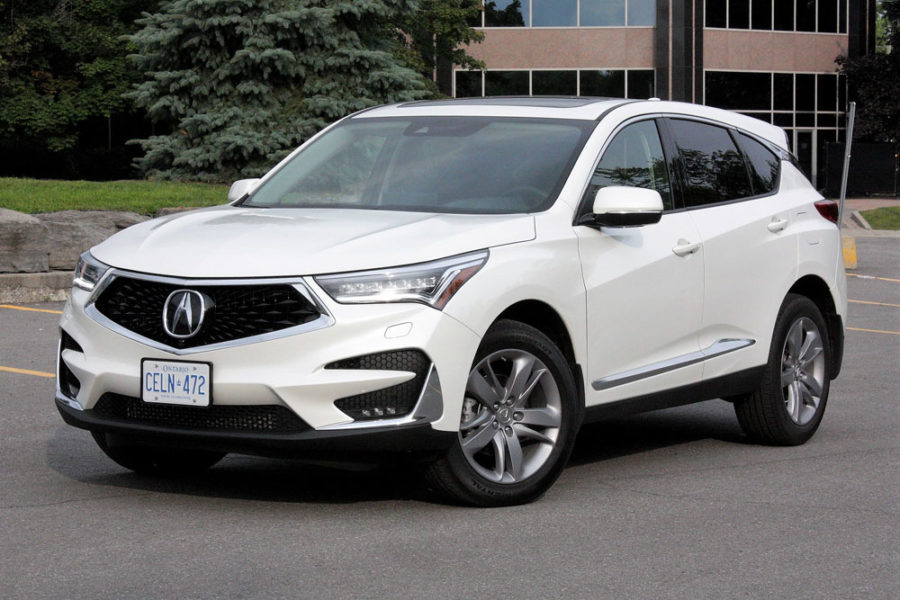 Introduced in 2007, the original Acura RDX luxury SUV was ahead of its time with its use of a turbocharged four-cylinder engine. This was done when a six-cylinder was the performance standard for upscale utility vehicles.

Turbo four-cylinders didn’t catch on in luxury cars until the early 2010s. Then Acura rolled out a second-generation RDX — powered by a V6 engine.

That engine was well-loved for its smooth power delivery. Its timing put Acura at a fuel economy disadvantage next to four-cylinder vehicles like the BMW X3, Audi Q5 and Mercedes-Benz GLK.

Acura is out to fix that with its third-generation RDX, which goes back to the model’s roots with a high-tech 2.0L turbo four-cylinder engine and new styling.

The new engine is a little more than half the size of the old V6. Through the magic of turbocharging, its 272 hp is only a few less than the V6. The new engine’s big bonus comes in its 280 lb-ft of torque, a big bump up from the V6’s 252 lb-ft.

One hallmark of the new engine is more power from a standing start. This is thanks to all of that torque being available from just 1,600 rpm, compared to the old V6’s 4,900-rpm torque peak. That makes the new RDX feel quicker from a stop. Despite being no faster to the 100 km/h acceleration benchmark than its predecessor.

Ultimately, the goal in moving to four-cylinder power is to reduce fuel consumption, and the RDX fulfills that promise. Our test vehicle averaged 10.4 L/100 km in a week of city driving, much better than the 12.6 L/100 km we saw in a second-generation model.

This 2019 redesign also brings Acura’s Super Handling AWD (SH-AWD) system back to the RDX. The outgoing RDX had AWD, but it was a more basic setup and lacked SH-AWD’s ability to split power between the left and right rear wheels to aid handling on dry pavement. It’s a feature we suspect won’t matter to most RDX buyers, but if you’re a particularly enthusiastic driver, you’ll notice the difference.

In between the engine and AWD system is a new 10-speed transmission, which replaces a six-speed. More gears make for better performance, because the engine’s speed doesn’t dip as much every time the transmission shifts to the next higher gear.

However, more gears also means more thinking for the transmission’s electronic brain, which takes longer than expected to downshift when you want to gain speed in highway driving. You’ll also notice how much shifting goes on with 10 ratios to choose from, since this transmission isn’t as smooth as the old six-speed.

In the old RDX, a dial in the middle of the dash controlled infotainment functions for the stereo and navigation systems. There’s still a dial there, but now it control’s the RDX’s snow, comfort, sport and sport+ drive modes. These settings change things like steering feel and engine and transmission responses. In our Platinum Elite-trimmed test car, the adaptive suspension changes the ride quality when the drive mode is changed.

The infotainment controls now live in a touchpad in the centre console. This is one of the better examples of touchpad-based systems. It’s easier to use without taking your eyes off the road than Lexus’s setup. Still, it’s fussier than it needs to be. Our preference is for the more tactile feel of a rotary controller.

It’s easier to like the sharp-looking 10.2-inch central display screen, which can be split to show two applications at once.

At a starting price of $43,990, the 2019 Acura RDX SUV carries forward the strong value for money that helped make the outgoing, second-generation model one of the most popular vehicles in its class. This little utility comes standard with many things that cost extra in many of its competitors. Those include a full suite of active safety items like forward collision warning with automatic braking, adaptive cruise control, lane-keeping assist and LED headlights with automatic high beams.

We think the RDX’s value will continue to attract shoppers to Acura showrooms, where they’ll discover it’s a pleasant driver and a comfortable way to get around. However, a few days behind the wheel reveal our favourite thing about this new design: Acura has blended the engaging personality of the original RDX with the refinement of the second generation.

For this entry-level SUV model, the third time is a charmer.