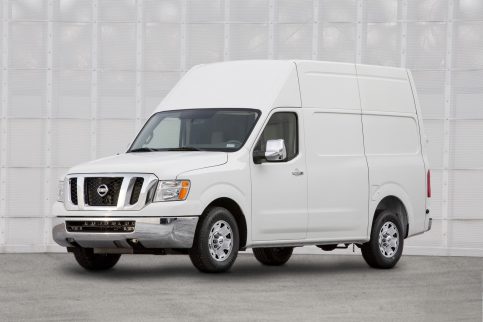 Commercial work vans are hardly a new concept, but the vans themselves have become more modern in recent years. It’s a transition that began in the mid-2000s when Dodge began importing renamed Mercedes-Benz Sprinters after the DaimlerChrysler merger.

Those first Sprinter models created an appetite in North America for workhorse vehicles designed for Europe’s narrower roadways. While space is less of a concern in most North American cities, the Sprinter was easier to drive in built-up environments, but boasted payload capacities to rival older truck-based American vans.

The Sprinter’s popularity prompted Ford, Ram and Nissan to bring their own work vans to North America. Ford’s Transit and Ram’s Promaster are European designs, while the Nissan NV is closer in concept to those older American vans, being based on a pickup truck chassis.

All of these vans were conceived primarily for use by contractors and delivery companies. However, they’re also well suited to the tiny house movement, as their spacious interiors lend themselves well to custom RV conversions.

Whether you’re looking for a full-size van to put to work or to convert into a mobile home, read on to learn what to watch for when shopping the used market.

Fiat Chrysler Automobiles’ (FCA) Ram Truck division launched the Promaster commercial van in 2014. Based on the Fiat Ducato sold in Europe, it ostensibly replaced the pickup truck-based Ram Van and the Dodge Sprinter. Note that Ram also makes a compact van called the Promaster City, which should not be confused with the larger Promaster.

The Promaster is a curiosity among full-size commercial vans for its front-wheel drive layout. Ram offered early models with a choice of gas and diesel engines. The gasoline powerplant was FCA’s well-known 3.6L Pentastar V6, generating 280 hp and 260 lb-ft of torque. Diesel buyers got a 3.0L four-cylinder making 174 hp and 295 lb-ft. Both engines used a six-speed automatic transmission.

Click through to this thread for a chat about one owner’s experience with a failed Promaster transmission. The failure happened after the owner had the transmission fluid flushed and replaced, which several others offer as the reason the transmission failed. Others feel transmission faults are inevitable because the Promaster’s six-speed was originally designed for lighter-duty vehicles.

Here’s another transmission repair thread in which a rebuild was held up for weeks because a single gasket was backordered. (https://www.promasterforum.com/threads/another-transmission-failure.89022/page-2 )

Here, owners complain about the Promaster transmission’s tendency to downshift on downhill stretches to control the van’s speed. (https://www.promasterforum.com/threads/transmission-shifting-down.88925/ )

This thread discusses the relative merits of the gasoline and diesel engines. Briefly, the gas motor is cheaper to buy, but the diesel helps pay for itself in lower fuel consumption. (https://www.promasterforum.com/threads/gas-vs-diesel-educate-me.56130/ )

Some Promaster owners complain of water leaking into the engine bay during heavy rains. (https://www.promasterforum.com/threads/water-drainage-in-the-engine-compartment.84639/ ) The source seems to be inadequate sealing where the cowl meets the windshield. 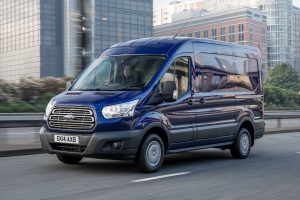 Some Transit owners say their vans make a droning noise caused by a flaw in the driveshaft assembly. (https://www.fordtransitusaforum.com/threads/driveshaft-drone-noise-survey.60498/ )

A rumbling sensation felt in highway driving could be caused by a failing transmission torque converter. (https://www.fordtransitusaforum.com/threads/torque-converter-failing.76250/ )

Here, Transit owners discuss cracks in the connection between the transmission and driveshaft. (https://www.fordtransitusaforum.com/threads/transmission-driveshaft-coupling-cracked.20322/ )

All three of the above issues appear to be well-known problems in these vans.

In one Transit owner’s van, the rear flip-out window hinges broke, presumably because they weren’t designed to left open while the van is driven. (https://www.fordtransitusaforum.com/threads/broken-flip-out-windows.15673/ )

Nissan introduced its first full-size van to North America in 2012. Based on the Titan pickup truck’s chassis, the NV was offered with a 4.0L gasoline V6 (261 hp/281 lb-ft of torque) and a 5.6L V8 making 317 hp and 385 lb-ft. Through 2016, all NV models used a five-speed automatic transmission; in 2017, V8 vans adopted a seven-speed. Note that Nissan also sells a compact van called the NV 200 that should not be confused with its full-size NV counterpart.

Close ties to the Titan truck mean that many of the pickup’s common flaws are shared with the NV van, some of which are listed below.

First, however, the NV borrows its 4.0L V6 from the Nissan Frontier pickup and older Pathfinder and XTerra SUV models. In those vehicles, it was known for noisy timing chains that could stretch and wear through plastic guides in the timing chain system. These problems appear to be mostly limited to older versions of this engine, but we’d recommend asking a mechanic to inspect the chain in an NV before you buy. Here’s a guide for replacing the timing chain components yourself, if you’re so inclined. (https://x.nissanhelp.com/forums/frontier/17342-fyi-diy-timing-chain-tensioner-whine-vq40-repair.html )

Rear differential failures are a well-known issue with this chassis. (https://www.titantalk.com/forums/titan-problems-dealer-service/83544-spider-gears.html)

Cracked radiators are common. Not surprisingly, this leads to coolant leaks and, if not caught early enough, the potential for overheating.

If you buy a truck with the original shackles that attach the rear suspension’s leaf springs to the truck’s frame, you may want to replace them, as the originals are not robust. Replacements available at Nissan dealer parts counters are apparently much improved.

A bad resistor in the climate control fan assembly will cause the fan to work only on its highest speed setting. (https://www.titantalk.com/forums/titan-problems-dealer-service/77749-c-blower-out-titan.html )

Watch for NV vans with faulty gas gauges, caused by a problem with the sending unit in the fuel tank. (https://x.nissanhelp.com/forums/nissan-news/14408-nissan-fuel-gauge-recall.html ) 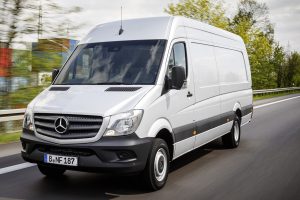 The second generation Sprinter was first marketed by Dodge in North America. It returned to its Mercedes roots in 2010 after the DaimlerChrysler merger was broken up.

Sprinters sold under the Dodge banner have a 3.0L turbodiesel V6 that makes 154 hp and 280 lb-ft of torque. Later Mercedes versions could be optioned with a newer engine design that boasts 188 hp and 325 lb-ft. The transmission is a five-speed automatic.

Mercedes redesigned the Sprinter in 2014. These vans got a new entry-level four-cylinder engine (161 hp/265 lb-ft), which came with a seven-speed transmission. The newer models also offered a 4×4 option.

Here’s a warning against ignoring exhaust leaks in a Sprinter, which can apparently cause lots of grief if left unchecked. (https://sprinter-source.com/forum/showthread.php?t=81845 )

This post comes from a fleet manager who oversees a number of Sprinters. They say excessive idling can cause severe driveability problems in the long term. (https://sprinter-source.com/forum/showthread.php?t=11031 )

This handy thread discusses some noises that are not normal in 4×4 Sprinters. (https://sprinter-source.com/forum/showthread.php?t=43182 )