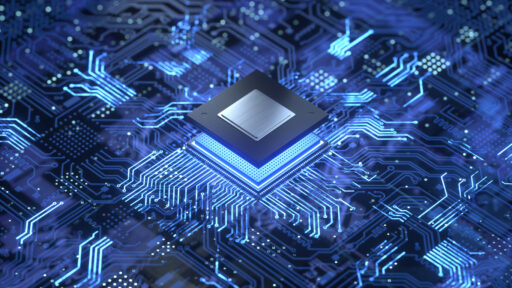 If you’ve been trying to buy a new car lately, you may have noticed a delay in delivery. That’s due to a shortage in semiconductor microchips. These components run everything from a vehicle’s infotainment system to its brakes, power steering, and sensors. In this blog post, we’ll quickly outline how the chip shortage is affecting auto manufacturers and you.

Does a Car Need Semiconductor Chips?

Semiconductor chips took us out of the days of roll-down windows, manual steering, and craning your neck to look over your shoulder when backing out. In other words, you won’t find a new car today that isn’t manufactured with these chips. Old cars, yes. New cars, no.

What Caused the Chip Shortage?

As always when demand supersedes supply, there’s a shortage. The pandemic left many people at home, and this changed how we use technology. Many wanted or needed to upgrade their computers, routers, and even gaming consoles while their cars stayed idle in their driveways.

But it wasn’t just the higher demand for home electronics that led to this situation. For anyone shopping for a new vehicle last spring, the economic uncertainties from the pandemic meant fewer were ready for such a major purchase. Plus, with thousands of dealerships shuttered and factories shut down, automakers were cancelling their orders for the precious chips.

Is the Shortage Affecting All Automakers?

The semiconductor chip shortage is affecting most automakers, with two exceptions. Hyundai didn’t cancel any of its orders for semiconductor chips in 2020 because of COVID-19. And although Toyota stopped production of the Tundra at its Texas manufacturing plant, it diversified its supply chain and increased the amount of components in inventory after the 2011 tsunami. For example, the automaker has a four-month stockpile of chips.

Can’t Production Simply Be Ramped Up?

Automakers would love it if the answer were that easy. Estimates say the global auto industry stands to lose billions of dollars this year because of the shortage. However, manufacturing semiconductors is complex and involves a host of dangerous chemicals, specialized tools, and extensive training for factory workers.

Moreover, not all semiconductor chips are interchangeable. Some have built-in “intelligence,” such as chips that decide when to deploy an airbag. One reason Ford has significantly cut production of its flagship vehicle, the F-150, is because the truck requires specific semiconductors that can’t just be pulled from lesser-priced vehicles.

What to Do About the Semiconductor Chip Shortage?

You have two options. The first one is to wait out the shortage. As new factories come online and current semiconductor factories shift production as their contracts change, new cars will begin flowing off the line faster again. The second option is to buy a used car. Whatever you decide, though, all signals point to the shortage passing soon enough.