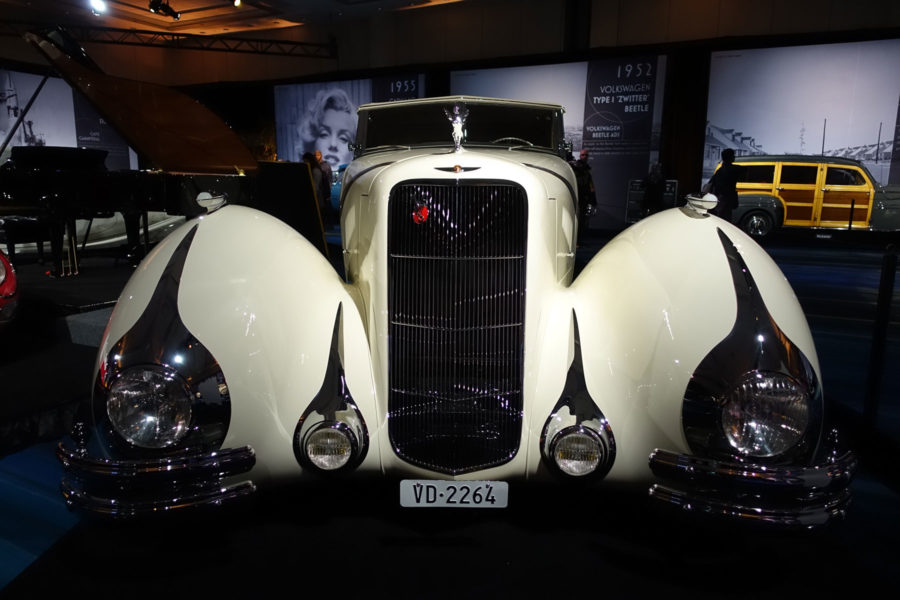 The 2019 Canadian International AutoShow, commonly called the Toronto auto show, opens to the public Friday, February 15. Known for showcasing the latest and greatest developments in the auto industry, perhaps you didn’t know that for several years now, the Toronto auto show also brings in some historic, classic vehicles.

What is the Toronto Auto Show?

The Toronto auto show is perhaps the most anticipated auto event of the year in Canada. With over 1,000 vehicles and more than 650,000 square feet of attractions, exhibits, and displays, The Toronto auto show is both the largest automotive expo and the largest consumer show in Canada. Attendees will drool at the cars, trucks, SUVs, concept cars, classics, muscle cars, exotics, fully electric, and autonomous vehicles that will be on display.

One of the newer exhibits at the auto show, Arts & Automobiles, returns this year. Presented by Cobble Beach Concours d’Elegance, it celebrates “some of the most iconic people, events and marques of the 20th century as viewed through an automotive lens,” according to the exhibit’s webpage. Attendees will see 15 beautiful vehicles, all fully restored and painstakingly maintained. Here are just a few of them:

Perhaps the most renowned car in North American history, the Model T has gone down in the history books as the first one built on Ford’s assembly line, reducing the time to build a car from 12 hours to 2.5 hours. The one on display at the Toronto auto show was built in Canada and is on loan from the Canadian Automotive Museum.

Who doesn’t love the look of a roadster? A design that emphasized gorgeous wheels and had sleek, vivacious curves is perhaps one of the most iconic images that come to mind when you think of classic cars. The Delage D8 debuted at the October 1929 Paris Salon and the D8S was the sports version.

The standard price of the D8S in 1931 was about $8,000 USD. To put that into perspective, 1 pound of white bread cost about 7.6 cents, 1 pound of sirloin about 41 cents, and the vast majority of Americans living in rented dwellings paid between $10 and $74 a month.

The vehicle’s expensive nature hasn’t diminished. In fact, one sold at auction in recent years for well over $3 million.

Attendees to the Toronto auto show will see concept cars, ones designed to showcase and test ideas. The 1938 Buick Y Job is acknowledged to be the first concept car ever created. Harley J. Earl, GM’s first design chief, oversaw this classic car’s production. A production Buick chassis served as its base but was modified by Buick’s then chief engineer Charlie Chayne. This vehicle is coming directly to the Toronto auto show from the GM Heritage Center.

Details about the Toronto Auto Show

With these beautiful, rare, classic, iconic cars, attending the auto show will make you feel like you’ve died and gone to car heaven. We’ve compiled the basic auto show info for you here.