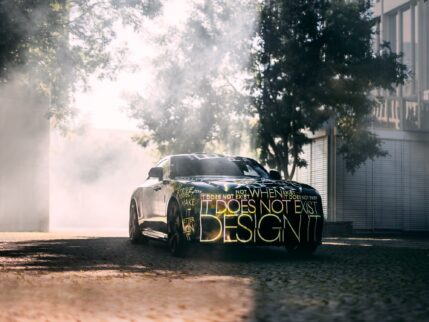 Rolls-Royce cars are the pinnacle of automotive refinement and craftsmanship. They offer their drivers the ultimate in luxury appointments as well as an unrivalled smooth ride. This luxury comes with a hefty premium, since every available model has a six-figure price tag. But, for that money, you can buy a vehicle that was hand-built in Goodwood, United Kingdom.

If you do buy a Rolls-Royce, don’t worry about resale. They hold their value really well, with 19-year-old cars still priced above $20,000. This could result from the magnitude of celebrities, such as Gwen Stefani’s Wraith, Justin Bieber’s vintage Rolls-Royce, and 50 cent’s Ghost. But we bet it’s also partly because Rolls-Royce vehicles scream opulence and success.

On Wednesday, September 29, 2021, Rolls-Royce CEO Torsten Müller-Ötvös declared it “the most significant day in the history of Rolls-Royce Motor Cars since 4th May, 1904,” according to the press release. The electric luxury vehicle is called the Spectre. It is a two-door coupe and will have an all-electric drivetrain with very similar performance to current production vehicles with V12s. By incorporating an electric drivetrain, an already extremely quiet ride will be even quieter.

This will be the first ultra-luxury EV.

The Rolls-Royce CEO also committed once again to a solely EV portfolio by 2030. Being a part of the BMW auto group allows them to use some of the group’s technology and innovation. Later, clients will see current models reconfigured to electric drivetrains. That is one way Rolls-Royce plans to transition in such an ambitious amount of time.

Rolls-Royce has been experimenting with electric luxury vehicles since 2011, with the fully functional and fully electric 102EX. It was based on the Phantom car. In 2016, Rolls-Royce showed their vision of a fully electric future in the 103EX, a concept of a Rolls-Royce we had never seen before then.

To continue building on their public image, Rolls-Royce has committed to testing their cars in public. They write in their press release, “You will see these test cars on roads, around the world. Look out for them—they will be in plain sight. They will be tested in all conditions and over all terrains on their multi-million-mile journey—that will literally accelerate Rolls-Royce into the future.”

For over 100 years, Rolls-Royce has been showing us the ultimate in electric luxury vehicles, with powerful engines and some of the most luxurious interiors in cars. The Spectre will continue to build on that, allowing them to showcase the latest in design and technology. The first dedicated EV from Rolls-Royce will be one of the most highly desired cars in the world when it becomes available to customers for delivery in the fourth quarter of 2023.

If a Rolls-Royce EV interests you, contact your dealer to preorder your Rolls-Royce Spectre sooner rather than later. As we mention in our chip shortage blog, car manufacturers will have reduced production of most vehicle for the next couple of years.