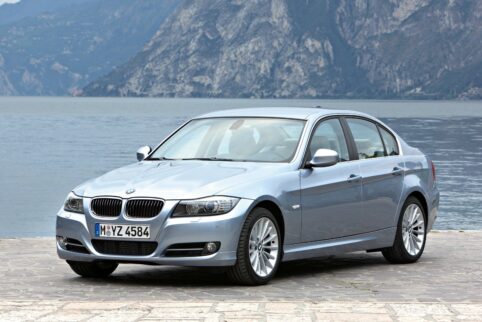 Here’s the latest instalment in our “old versus new” series of used-vehicle articles, where we compare the reliability of two subsequent generations of popular car and truck models.

In this article, we look at three vehicles aimed at different audiences. The Toyota Corolla is a compact economy car known for its reliability and fuel efficiency. Ford’s Escape compact crossover is one of the best-known small crossovers. And the BMW 3 Series has a reputation as a luxurious and practical driver’s car.

The 11th-generation 2014 Toyota Corolla was this car’s most significant evolution in a decade. It sported more modern styling that included standard LED headlights – a feature that, at the time, was still optional on more expensive vehicles. The 2014 Corolla also got a new continuously variable automatic transmission (CVT) that promised smoother and more economical performance than the old car’s four-speed automatic. Toyota carried over a 1.8L four-cylinder engine known for trouble-free running.

If you test-drive a car with the optional touchscreen in cold weather, try the screen out before the car warms up. Some owners complain that the screen is slow to respond in cold temperatures.

Many owners of the 2013 Corolla complain of broken clips that hold the car’s bumpers to the body panels. Others say the sporty-looking S trim’s body kit is easy to damage on curbs. Do a walk-around before or after your test drive to make sure the bumpers and other body pieces are well-secured.

Others say road and wind noise are loud enough to make them think something is wrong with the car. However, this is normal for economy cars of the time.

In 2018, Toyota issued a service bulletin to address performance complaints regarding the CVT in 2014-2018 Corollas. When driving, pay attention to the CVT’s performance. It should shift smoothly, with no jerky transitions between low and high ratios. In many cases, shifting issues can be addressed by having the dealer reprogram the CVT’s computer controls.

Toyota says the CVT’s fluid should last the life of the car under ideal circumstances. However, traffic and weather conditions in Ontario are rarely ideal, so in most cars, the fluid should be changed roughly every 100,000 km – if not more frequently – to ensure long-term reliability.

Make a test of the infotainment touchscreen part of your pre-purchase process. Many 2014 Corolla owners say their screens lock up and stop responding altogether until they restart the car.

Some 2014 Corolla buyers who had moved up from the old generation said the LED headlights are less effective than the previous model’s halogen bulbs. And while the LEDs should last longer than halogens, they are apparently difficult and expensive to replace when they do fail.

In both Corolla generations with the optional sunroof, clogged drains can cause water leaks into the cabin. And if you are testing a car with power windows and door locks (these were optional in 2013 and standard in 2014), make sure they all work and don’t make any strange noises.

The verdict: Older is better

While the 2014 Toyota Corolla was a more sophisticated economy car than its predecessor, it suffered the types of “teething” problems that afflict many all-new designs. Therefore, we recommend the 2013 model if you’re seeking affordable, efficient, and trouble-free driving.

In 2013, the Ford Escape underwent the most significant redesign to that point in its 13-year history. A boxy body gave way to more shapely styling that housed new turbocharged engines. A strong European influence endowed the 2013 Escape with better handling, too.

When test-driving a 2012 Ford Escape, watch for rough shifting from the six-speed transmission. The fix for this common issue is either new computer programming or a new valve body, the mechanical part controlling the hydraulic pressure that makes the transmission work.

The Escape has a transmission fluid cooler that can leak. If too much fluid is lost, the transmission can be damaged. Also, look for a fluid leak at the rear differential in AWD models, and watch for engine oil leaks.

This earlier Escape model is known for poor-quality paint that peels away, allowing rust to set in.

The 2013 Ford Escape came with more high-tech features than its predecessor. Make sure the car you’re looking at has the latest software updates, which will help prevent problems with various systems.

The 2013 Escape uses the same six-speed automatic as the 2012 model, so watch for poor shifting. This transmission is sensitive to proper maintenance, including regular fluid changes. When you have your mechanic do a pre-purchase inspection, ask them to check the level and condition of the transmission fluid. This should give you an idea of how the car was maintained by its previous owners. According to Consumer Reports’ reliability data, transmission problems are more common in the 2013 Escape than the 2012 model.

A fuel smell in the cabin of Escape models with the 2.0L turbo engine could point to a faulty hose in the engine’s positive crankcase ventilation system.

If you’re shopping for an Escape with the 1.6L turbocharged engine, check the radiator coolant level. If it’s low, look for leaks, which are a common complaint.

Most examples of the 2013 Escape will have either a 1.6L turbo or a 2.0L turbo engine. They perform well, but require diligent maintenance to keep them running properly. Don’t buy a turbo Escape if you suspect any neglect by previous owners.

Listen for clunking or knocking noises from the suspension over rough roads. And if the car you test has a power tailgate, make sure it opens and closes smoothly. If it stops and/or reverses direction, its electronic controls may need to be reset or the latch adjusted.

Finally, spend some time exploring the MyFord Touch and Sync infotainment systems, if the car you’re looking at has them, to make sure they don’t freeze or randomly restart.

The verdict: Newer is better

This is a close contest. Neither of these generations of the Ford Escape is known for great build quality. We give the edge to the newer model for its better performance and driving feel. Our best advice is to stop carefully for a 2013 Escape that has been well-maintained and gets a thumbs up in a pre-purchase inspection.

It’s always a big deal when BMW redesigns the 3 Series, but the arrival of the sixth generation in 2012 was especially significant. It was the first version of the car in a long time to use a four-cylinder engine, and was more widely available with AWD.

If the 335i’s turbocharged six-cylinder engine is hard to start or loses power, suspect a failing high-pressure fuel pump, which is a common issue with this engine.

Both turbo (335i) and non-turbo (328i) engines use an electric water pump that is a well-known failure point. If it fails, the engine will soon overheat.

An engine that hesitates or runs roughly may need one or more new ignition coils. There’s one at each of the engine’s six cylinders.

In the 328i’s non-turbo six-cylinder, listen for a ticking valvetrain caused by worn-out valve lifters. It can be fixed temporarily by bleeding air out of the lifters to ensure proper lubrication. The long-term fix is to have the lifters replaced.

Oil leaks are very common with this engine, mostly at the valve cover, the oil pan, and the oil filter housing.

A ticking noise from the steering, accompanied by free play as you turn the wheel, could mean the car needs a new joint in the lower steering column assembly.

When testing a 320i or 328i model with the turbo four-cylinder engine, listen for a high-pitched noise that could be linked to a known issue with the timing chain. Turbocharging means both engines in this generation of 3 Series are particularly sensitive to poor maintenance habits.

The electric engine-cooling pumps in the newer 3 Series seem to be more reliable than in older cars, but still an issue to watch for. The thermostat that controls the flow of coolant is also a known failure point.

Engine oil leaks are a concern in this generation of 3 Series too, though they’re not as common. Ignition coils fail just as frequently as in older cars.

BMW’s iDrive system was optional in the 2011 3 Series and standard in 2012 models. If it’s in the car you’re looking at, spend a few minutes exploring its many menus and make sure it responds properly to your inputs using the console-mounted dial.

Then, operate every power window, the electric door locks and side mirrors, and run the air conditioning system through every one of its functions to make sure it works as it should.

The verdict: Newer is better Performance-wise, we miss the old 328i model’s six-cylinder engine. However, the newer car’s four-cylinder turbo seems to have fewer niggling issues like oil leaks. Do your homework to find a 2012 model that has been well cared for to help avoid future problems with the timing chain system.