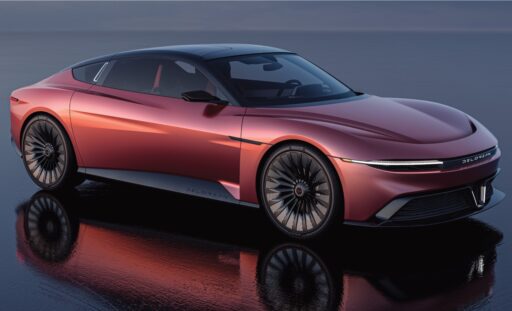 This month, our auto industry news roundup goes back to the future with initial details of a Delorean EV concept inspired by the car that starred in the 1980s time-travel movie franchise.

If you’d rather stay in the present day, Toyota has updated its Corolla lineup for 2023 with more powerful hybrid powertrains, and a new 2023 Honda HR-V promises more performance and interior space.

Somewhere in between, BMW and Mercedes-Benz are preparing to launch redesigned crossovers that will promise better performance wrapped in new, but familiar styling.

Toyota has announced a bunch of updates to its Corolla lineup for 2023, including more power and an AWD option for the Corolla Hybrid sedan and a first-ever hybrid version of the Corolla Cross subcompact crossover.

Toyota has not revealed full specs for the new hybrid powertrains. What we do know is the Corolla Cross Hybrid will derive 194 hp from its gas four-cylinder engine and electric motors, up from 169 hp in the non-hybrid version.

The Corolla sedan also gets a new, more powerful gas-electric hybrid drive system with optional AWD. Toyota doesn’t say how much more performance it will offer over the current Corolla Hybrid’s 121 hp. The 2023 Corolla Hybrid’s electric power comes from a new battery that has been repositioned to lower the car’s centre of gravity and maximize trunk space.

Gas and hybrid versions of the 2023 Toyota Corolla and Corolla Cross will go on sale later this year, with pricing to be announced this summer.

Later this summer, we’ll learn more about Delorean’s Alpha5 electric sports car concept, whose design was inspired by the DMC-12 made famous by the Back to the Future movie franchise.

The Alpha5’s gullwing doors and louvered rear deck recall the DMC-12, but it will have little else in common with its wedgy predecessor. Delorean’s new EV will seat four in a cabin that is dominated by digital displays and looks production-ready, despite the Alpha5’s concept car status.

Delorean says the Alpha5’s battery will provide almost 500 km of driving range and move the car from 0-100 km/h in a bit more than three seconds. The company also claims a 0.23 drag coefficient, which would rank it among the auto industry’s most aerodynamic production EVs.

Watch for the Delorean Alpha5 to make its in-person debut in August at the Pebble Beach Concours d’Elegance, when we expect the company will also reveal more technical details and when it plans to begin production.

The redesigned second-generation 2023 Honda HR-V subcompact crossover began arriving at Canadian dealerships in June at a starting price of $28,730.

That’s a $2,500 increase over the outgoing HR-V’s base price, for which you get a more powerful engine and a more sophisticated platform derived from the latest Honda Civic. The new platform allowed Honda to make the new HR-V 220 mm (8.7 inches) longer and 85 mm (3.3 inches) wider than its predecessor, which promises better space for people and cargo.

Near the end of 2022, the third generation of BMW’s X1 entry-level crossover will arrive in Canada with updated styling and new technology in the cabin and under the hood.

A new 2.0L makes 241 hp/295 lb-ft of torque (up 13 hp/37 lb-ft), thanks in part to its use of both direct and port fuel injection (the old engine only used direct injection). It works with a new seven-speed dual-clutch transmission that promises smoother, quicker shifts than the 2022 model’s eight-speed automatic.

The 2023 X1’s driver and passengers will interact with a new generation of iDrive infotainment featuring a larger curved display with better graphics, augmented-reality navigation, an improved voice-operated personal assistant, an interior camera the owner can use to check on the car while it’s parked, and more driver personalization options.

BMW has also added phone-as-a-key technology to the new X1 for Apple iPhone users, which allows the owner to use their device as the key and share access to the car with other iPhone users, so that they can unlock and drive the car with their own devices.

Mercedes-Benz says it’s putting the finishing touches on a new generation of its GLC compact crossover that will be ready for the Canadian market next summer.

The new GLC’s styling won’t look much different, but an extra 60 mm in overall length and 15 mm in wheelbase should create meaningful increases in interior space.

Among the 2023 GLC’s other improvements are a refined powertrain and aerodynamics that promise better fuel economy. The 2.0L turbocharged engine will make the same 255 hp as the current GLC, but boast an extra 22 lb-ft of torque for a new total of 295 lb-ft.

New optional digital headlights will automatically adapt to prevailing road and traffic conditions for optimal visibility without blinding oncoming drivers, and a new navigation system with a towing function will set a route that can accommodate whatever height of trailer is hooked up to the car.

Mercedes says it will reveal pricing and full specs for the new GLC closer to the car’s arrival.