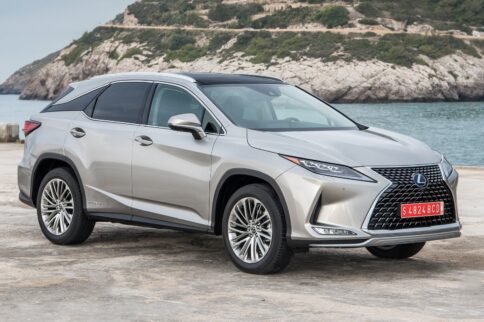 Ram, Dodge, and Lexus are this year’s top-ranked brands for initial quality, according to J.D. Power’s 2021 Initial Quality Study (IQS), which was pubished August 31. As well, seven models from the Hyundai Motor Group’s Hyundai, Kia, and Genesis brands were rated best in their vehicle segments, the most for any car manufacturer.

Every year, J.D. Power publishes the IQS as a snapshot of how happy new-vehicle buyers are with their purchases after 90 days of ownership. The auto industry research firm measures initial quality in terms of the number of problems reported per 100 vehicles (PP100).

How did J.D. Power compile the 2021 Initial Quality Survey?

For the 35th annual IQS, J.D. Power consulted nearly 111,000 buyers of 2021 model vehicles between February and July of this year to ask them 223 questions about their early experiences with their cars and trucks. Those questions are split into nine categories: infotainment; features, controls and displays; exterior; driving assistance; interior; powertrain; seats; driving experience; and climate.

Just seven automakers and 11 brands can boast segment-best models this year. As mentioned up top, seven Hyundai Motor Group models ranked best in their segments: the Kia Forte, Sedona, Soul, Sportage and Telluride; the Genesis G80 luxury sedan; and the Hyundai Accent subcompact car. Hyundai no longer sells the Accent in Canada, but it’s still available in the U.S. Another Hyundai Motor Group asterisk is that the Kia Sedona minivan was replaced by the all-new Carnival after this year’s survey was conducted.

Infotainment systems, smartphone connectivity are this year’s most common problems

This year, a quarter of all initial quality complaints fell into the infotainment category, and trouble with Apple CarPlay and Android Auto smartphone connectivity is the most common individual complaint. J.D. Power says these systems are more problematic this year than in previous surveys, and attributes that to the expanded availability of wireless versions of the Apple and Android device integration platforms.

Last year was the first time J.D. Power included Tesla in its IQS rankings. This year, the electric car company scored 231 PP100, an improvement of 19 PP100 since the 2020 survey. Tesla is included on an unofficial basis, however, because the company doesn’t let J.D. Power survey owners in every U.S. state.