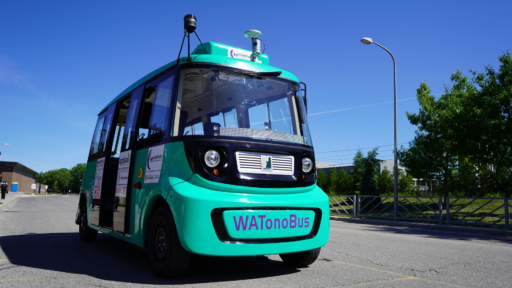 You’ve likely heard of 5G technology by now, but did you know it’s more than just a faster service for our phones? This level of wireless technology can handle so much data that it really can change how our cities run. In this blog post, we’ll explain what 5G technology is, how it’s being researched, and what it can mean for transportation.

What Is 5G Wireless Technology?

For once, the tech term is actually easy to understand: 5G means 5th generation.

1G came in the early 80s and gave us mobile communications. We could talk, but these phones had almost no ability to transmit data. Most of us probably didn’t worry about it, anyway. Given how big hair was in that decade, we were reading hairspray labels instead.

It wasn’t until the advent of 2G in the early 90s that we saw text messaging. 3G gave us email and Internet, and 4G brought with its faster speeds the on-demand economy.

However, even with 4G technology, it still takes minutes, sometimes quite a few, to download a movie to your phone. And how are those Zoom calls going at home when more than one person is using your household’s wireless network? When your wireless provider moves you to the fifth generation in wireless technology, all of that will change. A full high-definition movie will download to a wireless device in seconds, not minutes.

The University of British Columbia (UBC) exists within a unique environment: it manages its own transportation services and roadways. This makes it a perfect location for transportation research.

An area of research is the implementation of intelligent transportation systems (ITS). An ITS needs a 5G network to handle all the data. This is no longer about your GMC car being connected to its OnStar system, or your smartphone connecting to a road-trip app. An ITS, according to UBC researchers, connects a vehicle in four different ways:

The research being conducted at UBC is in partnership with Rogers, who works with Ericsson to build their 5G network. It’s still in its infancy, but we’re excited to see what they learn and how it can be implemented on Canadian roads.

In June of this year, the University of Waterloo demonstrated its autonomous shuttle, also developed using the campus’s 5G network in partnership with Rogers. Although driverless, it has remote takeover capabilities.

The university is taking part in Ontario’s Automated Vehicle Pilot Program. It allows testing of driverless autonomous vehicles on Ontario roads, but the Ministry of Transportation Ontario must fully approve these vehicles before they can be in service. Once fully operational, the shuttle will drive 2.7 km around campus, dropping students off at five stops on its route.

5G Transportation a Ways Off

Using 5G networks to manage transportation has many advantages. Imagine fewer drivers running red lights because the lights coordinate to improve the flow of traffic. Or devices that warn pedestrians that an electric vehicle—silent because of its motor—is coming from around a bend. 5G technology can also lower carbon emissions by reducing idling.

However, 5G roadways in Canada are probably a ways off because of the infrastructure needed. Yes, 5G networks are being installed everywhere. But the technology needed to collect, analyze, and coordinate all this data also needs to be implemented. However, with research and investment, and initiatives like the Smart Cities Challenge run by Infrastructure Canada, we’re sure to get there.