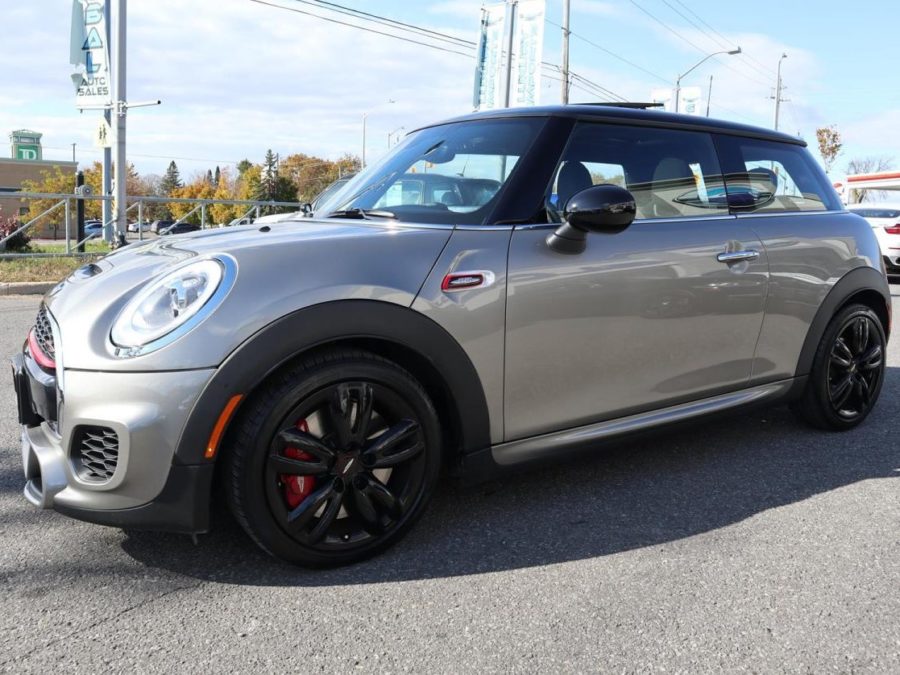 Hatchbacks have traditionally been associated with budget transportation, often positioned below sedans in automakers’ lineups and marketed to buyers who prioritize practicality.

But VW made the hatchback fun in the early 1980s with the GTI. It was a variant of the Rabbit/Golf with more power and better handling. Since then, other car manufacturers have followed in the original hot hatchbacks’ footsteps. Creating an entertaining and accessible vehicle sub-segment.

This is a small class of vehicles, so we’re not using reliability as our benchmark for this list. Instead, this is an overview of what to watch out for in a few common hot hatchback models you’ll find in Ontario’s used-vehicle marketplace.

We are, naturally, compelled to start this list with the Volkswagen Golf GTI. If you’re looking for one with the optional dual-clutch transmission (DCG), pay attention to its operation. It should change gears very smoothly. A slight lurch when shifting into first gear as the car comes to a stop is normal.

Be aware that the turbocharged engine’s direct-fuel-inject system can allow gunky deposits to build up on the intake valves. Regular maintenance and high-quality fuel can help slow their accumulation. Eventually, however, they will have to be cleaned away, adding to the GTI’s maintenance costs.

Other common issues include failed fuel pumps and spark-plug ignition coils. Both tend to show symptoms early, like hesitant starting and acceleration, making them relatively easy to diagnose.

When test-driving a used GTI, make sure all of the car’s electric accessories work as they should. Also check that the engine’s coolant pump is free of leaks.

BMW revived the Mini brand nearly 20 years ago. It has turned the Mini Cooper into one of the most entertaining small cars you can buy. The Cooper S and JCW (for John Cooper Works) versions are the performance-oriented models in the range.

In pre-2014 cars, look for one that has already had its engine’s timing chain replaced. Over time, the chain can stretch and cause performance problems. An early symptom is a check engine light. Replacement is a labour-intensive job, but left alone, the chain can break.  This leads to serious engine damage.

Those older models were also recalled for engine cooling pumps that could overheat and cause a fire.

Mini Cooper models built since a 2014 redesign seem to have fewer common problems. However, watch for power windows that are noisy or slow to operate, and brakes and manual-transmission clutches that tend to wear out more quickly than expected.

Mini recalled some cars in this generation of Cooper to fix an automatic transmission that would let the car roll away even when its gear lever was placed in park.

Following Fiat’s return to North America in 2012 with the tiny 500 hatchback and convertible, the Italian brand added a high-performance Abarth variant to the range.

The first thing to consider is the 500’s odd driving position. You should spend some time behind the wheel to see whether you can live with it.

Then pop the hood and look for evidence of oil leaks, a common issue with the 500’s engine. If the engine bay looks like it has been cleaned up, that may have been done to hide an unrepaired leak.

Watch for smoke from the car’s exhaust. This could indicate trouble with the engine’s turbocharger or an accumulation of oil in the plumbing that connects the turbo to the engine intake.

If you’re shopping for an Abarth convertible, make sure the folding roof mechanism opens and closes smoothly.

Ford began cranking out this sporty version of its Focus compact in 2013, adding a turbocharged engine, stiffer suspension and grippy sport seats.

Assess the condition of the clutch by accelerating at full throttle in fourth gear while climbing a hill. A badly worn clutch will slip under these conditions. If the manual shift lever pops out of any gear while driving, that indicates trouble with the transmission.

Note any warning lights that appear during your test drive. The Focus ST has wheel-speed sensors that work with a variety of systems, including power steering, anti-lock brakes and cruise control. These sensors are prone to corrosion, which can cause all sorts of malfunctions.

A check engine light may point to a need for new spark plugs, sensors in the turbocharger system or a bad engine wiring harness. On the last item, Ford issued a service bulletin to help its dealerships diagnose engines that stall and idle erratically.

A smaller sibling to the Focus ST, the Ford Fiesta ST followed a similar formula. Ford fitting a turbo engine and performance-oriented brakes, suspension and seats to the Fiesta subcompact hatchback.

In this car, do the same clutch test we suggest above for the Focus and ensure the engine accelerates strongly and smoothly. If it doesn’t, that could indicate an issue with the turbocharger.

The Fiesta ST’s rear disc brakes are prone to seizing, due to corrosion caused by winter road salt use. This can cause the brakes to drag and wear prematurely. If caught early, the fix is very simple and inexpensive.

A vent flap in the climate control system that controls the temperature of the air delivered to the cabin is a known trouble spot in the Fiesta. The part is inexpensive, but replacement is challenging if you fix it yourself, and expensive if you have the dealer do the work.

We always recommend taking a used car to a trusted mechanic for an inspection before you buy it. This is especially important with sports cars. Enthusiastic driving can accelerate wear and tear on the car’s mechanical systems. A thorough inspection will reveal any components that may soon need to be overhauled or replaced.

Also, cars like these are popular with the “tuner” crowd: drivers who install after-market parts designed to enhance performance. We strongly advise avoiding any example of these cars with non-standard parts, as their presence is a sure sign of a vehicle that has not lived an easy life.

Are you ready to hit the road with a hot hatchback? You can find many options at Ontariocars.ca including hot hatchbacks under 5K and under 10K. Search for your favorite by brand or area.