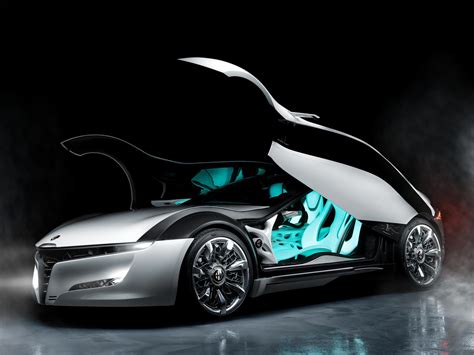 The last few years have brought big technological advancements to the auto industry, leading to cars that can practically drive themselves, even though fully autonomous driving is still years away. Drivers in the market for a used car should be on the look-out for some high tech car accessories that can be found in the used market.

Used-car buyers shopping for earlier models won’t have access to the latest and greatest in driver-assist technology, but there are nonetheless a number of useful features that have become common in the past ten years, even in more affordable vehicles.

Here are five tech features that became widely available during the past decade or so, in cars across all price ranges, whose contribution to the driving experience make them worth seeking out in your next used vehicle.

As of the 2018 model year, every new vehicle sold in Canada must have a backup camera that activates when the transmission is shifted into reverse. However, this safety feature was an option in many cars, trucks and crossovers sold in previous model years, and we think it’s worth the effort to find a vehicle fitted with one.

In the past, some cars bundled a rear-facing camera with a navigation system and displayed the camera’s image on the central dashboard display, but a handful of models, like the Toyota RAV4 circa 2010, instead broadcast the picture to a small screen built into the rearview mirror, which made the option available in less-expensive trim levels.

More than 10 years ago, the Infiniti EX35 compact luxury crossover was the first car to offer what the company called the around-view monitor, a multi-camera system that gave the driver a view of the space around the entire car. Such systems are most frequently found in upscale cars (and often as an option) but the technology has trickled down to some less-pricey cars: In 2014, Infiniti’s parent company, Nissan, began offering the around-view monitor as an option in the Versa Note subcompact hatchback.

While a backup camera reveals any potential obstacles directly behind your car, it doesn’t do much to mitigate the visibility challenges associated with backing out of a parking spot between two larger vehicles.

That’s where a rear cross-traffic alert system can help. Using radar sensors installed inside the rear corners of the car, this safety feature will warn you of traffic approaching from the left and right, so you’ll know when it’s safe to back up. This feature is often bundled with blind-spot monitoring, which uses the same sensors to warn you of vehicles in adjacent driving lanes.

This is one of the oldest driver-assist technologies in the auto industry, but it remains an option in many of today’s new entry-level cars. Regardless of your budget, if you plan to do any significant amount of highway driving, cruise control should be near the top of your must-have features list.

Cruise control’s most practical use is making sure you stay within the speed limit on long highway drives, where it’s easy to lose track of how quickly you’re moving.

A more modern development is adaptive cruise, which not only lets you set your desired speed, but also maintains a set distance between your car and the one in front by using gentle brake and throttle applications to match your speed to that of prevailing traffic conditions. This can be a great stress reliever in the heavy, yet fast-moving, highway traffic that drivers frequently encounter in big cities like Ottawa, Toronto and Oakville.

According to a 2001 New York Times article, the first keyless entry systems for cars were introduced in the 1980s, and this convenience feature is now widely taken for granted, especially among younger drivers who may never have had to turn a key to unlock a car.

But keyless entry has come a long way since then, with the growing popularity of passive keyless technology, now available in all but a few of the least expensive cars on the market, which unlocks a car at a touch of the door handle, thanks to key fobs that communicate automatically with sensors in the car.

That has also led to features like hands-free tailgates and trunks that open with the wave of a foot under the bumper or by simply standing next to the car with the key on your person, a handy thing when loading your car with heavy or bulky cargo.

There’s no getting away from the fact that smartphones have become an integral part of modern society. To combat the distracted driving problem these devices have created, Google (Android) and Apple developed versions of their smartphone operating systems for use in cars.

By connecting your phone to a car equipped with Android Auto or Apple CarPlay, you can project its interface onto the car’s infotainment screen, where you can access certain apps. It doesn’t eliminate the temptation for distraction, but at least it keeps the phone out of your hands while you drive.